The Russian regime rewards managers and engineers who keep the regime afloat, and expects a Faustian payment in return. 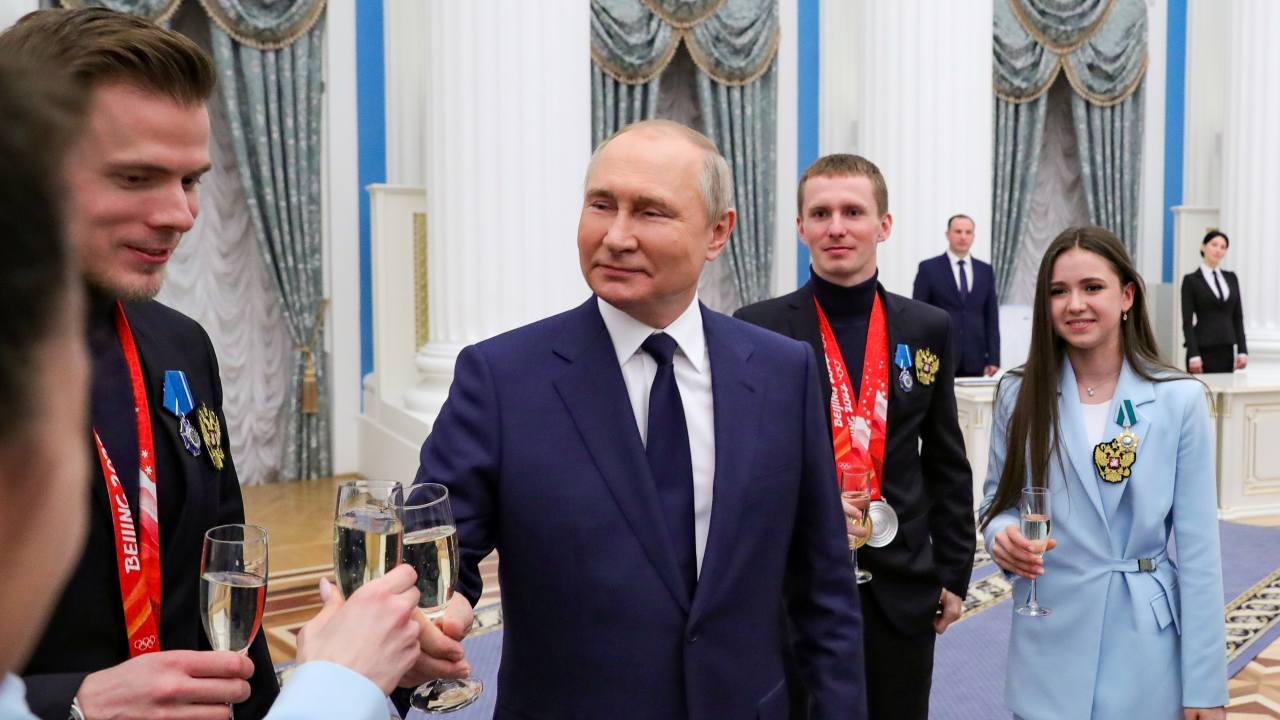 The population of the Russian-occupied city of Kherson, Southern Ukraine, noticed something strange about the Internet early last month. Some websites, and social media became inaccessible, much as they are in Russia.

Soon it became clear that the traffic of a local provider, KhersonTelecom, had been permanently rerouted through an obscure internet service provider (ISP) called Miranda to Russian telecom networks. This month, the censorship intensified – Miranda blocked access to Google, along with YouTube, Viber, and Instagram.

In Russia, nobody has ever heard of Miranda, and the company has no customers there. That is because it’s an ISP with a very special objective — to provide communications services in Crimea after the peninsula was occupied by Russia.

After the annexation, most big Russian corporations avoided opening offices in Crimea for fear of sanctions, and the list of absentees included not only Russian banks and airlines, but also telecommunications companies. Yet somebody needed to work on the occupied territories, and so a solution was found; to create completely new Crimea-only enterprises.

The Russian authorities couldn’t let those new businesses rely on local talent – they needed the expertise and management skills of Russian specialists. And that meant that Russian managers were confronted with the very personal choice of whether to move to Crimea.

One man who made that choice was Ivan Zima, then the 43-year-old vice president of Rostelecom, Russia’s national long-distance operator, who agreed to help launch a telecom provider in Crimea. Zima’s story is key to understanding modern Russia, because without people like him the system would not function. He is a critical cog in the authoritarian machine, and there are multiple thousands of others just like him, salaried staff equally devoid of political motivation and taking pride in getting things done.

Zima is no political appointee, and he is not a pro-Kremlin activist. In the mid-1990s, he graduated from Irkutsk State Technical University with a degree in radio engineering, and quickly realized that telecoms were destined to become a thriving industry in Russia. It was the year when Russia’s minister of communications Vladimir Bulgak, also a radio engineer by training, accomplished the most important project of his life. In the span of three years, more than 70% of all Russian intercity phone stations were replaced with digital upgrades using equipment made in the West, while the 2,000 analog international lines were swapped out for 66,000 digital lines.

Bulgak understood that Russia desperately needed modern communications and that local industry couldn’t provide the technology. Bypassing old Soviet factories to buy foreign technology helped the consumer but at an enormous cost — many domestic producers went bust, leaving thousands of staff out of work. Yet by 1995, Russia had a modern, national communications industry, dominated by Rostelecom, the country’s state-controlled national long-distance operator. Three years later, the young Ivan Zima joined the company as a leading engineer. He was ambitious and worked hard. In the mid-2000s he received an MBA degree at a telecom university in Moscow.

Within a few years, Zima had worked his way up to become Rostelecom’s senior vice president for communications network development and had established a reputation as very simply a good engineer.

But by 2011, the role of communications network development in Rostelecom meant a number of things, including a role in helping to ensure the re-election of Vladimir Putin. The Moscow protests of that year had been provoked by massive vote-rigging during the elections to the State Duma. The ruling party United Russia cheated shamelessly, and its behavior was widely witnessed by journalists and activists nationwide.

In 2012, a presidential election was scheduled. To calm the protests, Putin promised to install video cameras at polling stations all over the country so that polling stations could be monitored online from anywhere. The politically sensitive task was assigned to Rostelecom, and within the company, it fell to Ivan Zima to fulfill Putin’s promise. He took over the task, and quickly installed cameras across Russia – and all in time for the election.

Zima has not been interviewed so it’s hard to be sure what was going through his mind. Perhaps he explained to himself that he had merely developed a tech project, something an engineer is trained to do. Or maybe he told himself that he helped to make the elections transparent. After all, everybody knew that while United Russia was unpopular and needed to rig the Duma election to win, Putin was truly popular. Zima simply helped him to get back to the Kremlin.

It was Zima’s first big political project and having established his can-do credentials, others soon followed. The second project was even dearer to Putin’s heart. Zima was tasked to build a backbone telecommunications system for the 2014 Olympic Games.

Once again, there was nothing wrong, on the surface, with building a telecommunications network for the Olympics. But it was Putin’s personal project, and in countries with regimes like Russia, the Olympic Games are never about sports, but always about the projection of power and politics. The Sochi games also involved an enormous surveillance effort by Russia’s security services, but perhaps Zima thought that it was not his business to question the hardware Russia’s security services installed on his network.

Yet it was becoming harder to maintain the pretense and the third project made it outright impossible. In April 2014, Rostelecom announced plans to open a branch in the recently invaded Crimea and to invest 15 billion rubles (about $250m) in network development under the leadership of its now vice-president. Shortly afterward, Rostelecom changed its mind due to the fear of Western sanctions, and instead, a new operator was launched. It was called Miranda-media, and Zima resigned from his parent company to become the new CEO.

During the five years from 2014 to 2019, Zima ran Miranda-media, the major telecom operator on the occupied Ukrainian peninsula. In 2019, finally, he was allowed back to mainland Russia and Rostelecom rehired him as vice-president in charge of telecommunications in the large Volga region. He began to climb the corporate ladder once again and in January was promoted once more; this time to head Rostelecom’s digital projects – which include video surveillance, transport, and housing services. It sounded like an engineer’s dream — applying digital solutions to almost all areas of life with almost unlimited budgets in a huge country like Russia.

Not for the first time, politics (and Putin) intervened. In February, Russia’s leader launched his all-out war on Ukraine and Zima got another call from the Kremlin.  On May 11, Zima resumed his role as CEO of Miranda-media.

But the new Miranda was not the old one. It had a newly minted mission to expand its activities into Russian-occupied territories in Southern and Eastern Ukraine, including the introduction of Russian surveillance and censorship. In essence, Ivan Zima was now one of the key players in the occupation administration.

When we researched our book The Red Web, and for years afterward, we had countless conversations with Russian engineers involved in developing surveillance technologies, and tried to  understand why they lacked interest in how this was being used. They always repeated the same argument: “If governments listen in on people’s conversations, it’s not the microphone’s fault.”

There was a deep belief that they carried no responsibility for their actions. We concluded it was because engineering education in the Soviet Union had been focused on technical issues, with no attention to human, ethical, and moral questions. The engineers were supposed to serve the Soviet military and security industrial complex. Russian engineering training was never reformed after the Soviet Union had collapsed — after all, it does produce very good engineers.

And now that the Kremlin is waging its biggest war of aggression in decades, and those engineers are helping install an oppressive occupation regime, the country’s engineers do as they are told; men and women who were taught never to look at the bigger picture.

Zima, a shining example of this key type of technocrat, a specialist in developing networks, is now busy shutting them down, so that Google and Instagram are denied to the country’s masses.

The Soviet legacy is still alive, and it’s deadly.