The Future of Medical Security Cooperation

The linkage of improved medical care with long-term stability in any given country is not a new concept; indeed it is a proven way to promote regional stability and foster goodwill. In the U.S. government, these initiatives have been traditionally spearheaded by organizations outside the Department of Defense (DOD). In recent years, however, the DOD has been increasingly tasked with a variety of roles typically reserved for other government organizations such as the State Department. One key role is Global Health Engagement, or medical security cooperation, which under the DOD involves partnering with foreign military and civilian medical systems to build capabilities and interoperability in order to strengthen U.S. national security and support military strategy. The new role of Global Health Engagement is also essential to Central European stability.

After the fall of the Berlin Wall, the vast gaps in knowledge and capabilities between the West and Russia were laid bare – particularly in medical care. Between 1989 and 2014, former Eastern Bloc countries made enormous strides in medical capabilities. Despite these gains, a legacy of cumbersome Soviet bureaucratic procedures and adherence to outdated medical practices continued to pervade many aspects of medical care, especially in former Eastern Bloc military medical systems.

As U.S. allies and partners participated in the Global War On Terror, including but not limited to the wars in Iraq and Afghanistan, the U.S. European Command pursued several key medical capability-building initiatives in former Eastern Bloc countries. These included the establishment of amputee care centers in Tallinn, Estonia and Tserovani, Georgia to assist these countries with their war casualty care. This demonstrated the incredible potential of Global Health Engagement in the DOD. Drawing from the vast trove of lessons learned in Iraq and Afghanistan, the DOD readily provided subject matter expertise from world leaders in military medical care, new treatment paradigms that were well-accepted by these countries. The benefits of the initiatives in Estonia and Georgia also included:

-Demonstration of strong partnerships between the United States and these countries (including coverage in local and national news media); and

In 2014, following Russia’s illegal annexation of Crimea, the DOD was again called upon to provide medical security cooperation in Ukraine, including battlefield combat lifesaver care, the establishment of training centers for military medical personnel, and developing rehabilitation services for Ukrainian service members injured in combat. Once again, drawing on over a decade of knowledge from the Iraq and Afghanistan wars, the DOD was able to provide world-class expertise to assist Ukraine.

Most significantly, in addition to sharing expertise on topics ranging from tourniquet application to robotic prostheses, DOD Global Health Engagement teams provided exposure to a radically different mindset about the provision of healthcare. In contrast to the stovepiped Soviet bureaucratic methodology, these teams educated and demonstrated the gains made from collaborative, multidisciplinary care, driving home the importance of cross-collaboration and interoperability.

Conversely, DOD personnel were also able to gain valuable exposure to medical care problems not encountered in Iraq and Afghanistan. Ukrainian methods for dealing with problems such as gunshot wound injuries (versus blast injuries in Iraq/Afghanistan) and the evacuation of injured service members via ground ambulance with no air support proved invaluable, especially as the Pentagon shifts to planning for new contingencies worldwide which will likely differ from Iraq and Afghanistan. These lessons will also be applied this year in the largest military exercise in Europe in decades: DEFENDER 20, which will involve some 37,000 participants operating across 10 countries and will support the strategic approach to Russia outlined in the National Defense Strategy.

In future conflicts, the importance of interoperability cannot be understated, and medical interoperability is no exception. This depends on long-term medical security cooperation programs. It will only be fully realized when a U.S. commander has no qualms about U.S. soldiers being cared for by a Polish military surgeon or when a British commander sends soldiers to sick call at a Latvian aid station in a training event like DEFENDER 20 or on the real fields of battle. Over the last 30 years, former Eastern Bloc countries have made enormous strides on their own, revamping and modernizing their healthcare systems. The gaps in medical interoperability are still present, however, with much more work to come. Opportunities for increased regional stability, improved healthcare for military personnel and civilians alike, and value-added training for DOD personnel are all too great to pass up – and represent an opportunity to work towards a stable, more peaceful world.

Photo: “Cougar Helicopter landing on the deck of Almedar Ship to evacuate the injured to Marmaris Hospital during Dynamic Monarch 17” by NATO under  CC BY-NC-ND 2.0. 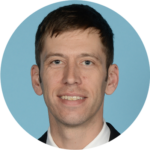