The Chinese Roots of Hybrid Warfare

It has been more than two decades since a little-noticed text foreshadowed China’s exceptionally broad approach to conflict with enemies, notably the West. 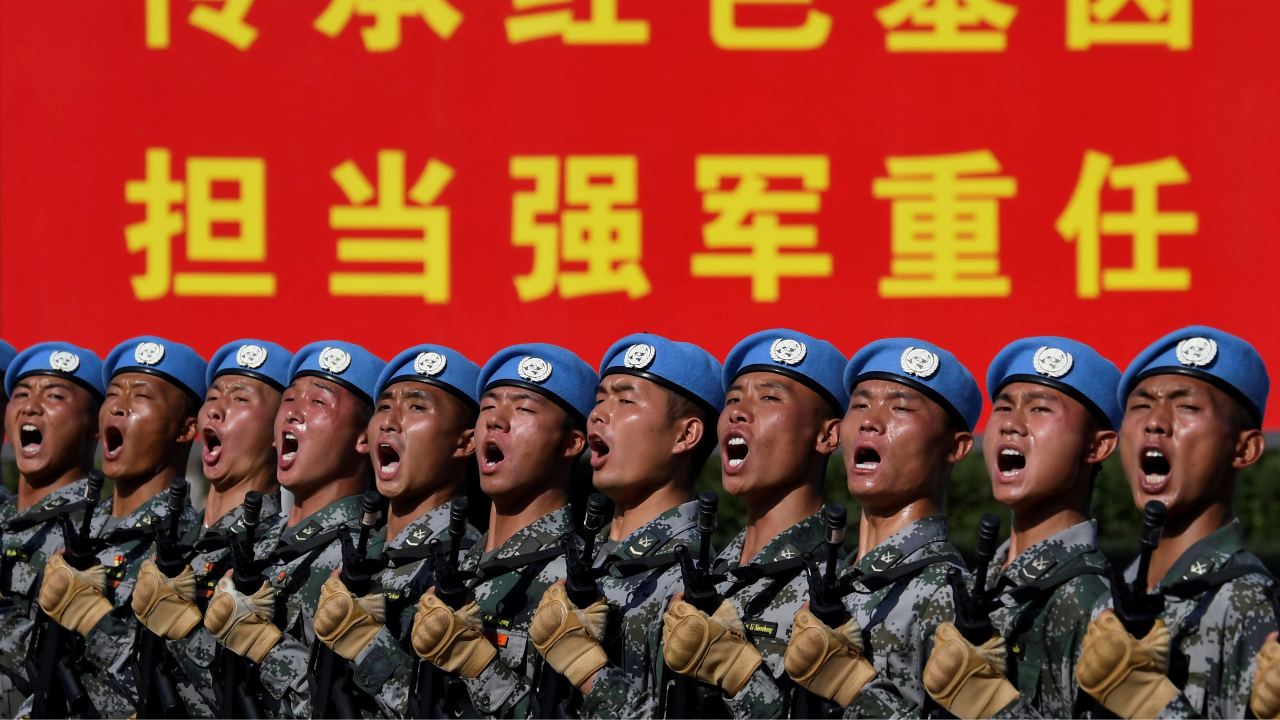 Photo: Chinese soldiers practice marching in formation ahead of military parade to celebrate the 70th anniversary of the founding of the People's Republic of China in Beijing, China September 25, 2019. Credit: Naohiko Hatta/Pool via REUTERS

“What is modern war? What should the army be prepared for? How should it be armed”? These are the questions General Valery Gerasimov raised in Voeynno-Promyshlenny Kurier (The Military-Industrial Courier) in 2013, and to which many attribute the foundation for the so-called Gerasimov Doctrine. More importantly, the article laid the theoretical foundation for Russia’s development and later its use of hybrid warfare.

Yet neither Russia nor Gerasimov were the first to ask these questions or to see the strategic imperative to adapt the strategic military doctrine to a new age typified by economic interdependency, technological interconnectivity, and the importance of sub-state as well as supra-state actors in aiding or hindering nation-states’ security.

Rather it was two Chinese military theorists, Qiao Liang and Wang Xiangsui, whose Unrestricted Warfare, published in 1999, who first asked the very same questions and presaged Gerasimov by more than 10 years in seeing that the First Gulf War had marked the end of the era of “might makes right” and that the world had entered into a new era of “unrestricted warfare”, one in which the network hacker, financial and trade transactions (or lack thereof), and the media have all become weapons of modern war, e.g. the means for a country to protect and realize its self-interest. As Qiao and Wang wrote: “All friendships are in flux; the only constant (in international relations) is self-interest”.

The pair defined the future battlefield as an “extended domain”, not a battlefield where lethality took precedence, but one in which the goal of any nation-state (or sub-state actors) is to “paralyze and to undermine the enemy” by degrading the will of its people and the state to wage an armed conflict in the first place. The “extended domain” is what we today refer to as cyberspace, but which they referred to as the electromagnetic spectrum. The modern warriors are the banks, and anybody whom the state can enlist or coerce to use to advance the state’s self-interest (think of all Chinese companies, whatever their public declarations of independence.) Not to be overlooked is the media or as they write “The information-sharing world creates the media as an integral and immediate part of war”.

Their third key assertion is nuclear weapons have made war both unfightable and unwinnable. Yet, paradoxically, the mere “unfightability” of war has not diminished competition among nation-states, and has instead pushed countries to find new methods to wage a fightable war that is played out not on the traditional battlefield, but on an extended domain. Hence, Qiao and Wang posit a “new concept of weaponry,” one which places less emphasis (especially less than the US) on lethality and more on the means to “inflict material and psychological casualties on the enemy.” This new weaponry includes the tools of the electromagnetic spectrum, i.e. hacking and information operations akin to media portrayals of slain US servicemembers being dragged naked through the streets of Mogadishu; trade warfare, and financial warfare, all of which they assert the US as having already employed.

If we accept the assumption that despite global interdependence and global interconnectivity, nations are still in competition to realize their self-interests and remember von Clausewitz’s dictum that, “war is a continuation of politics by other means”, then the words of Qiao and Wang surely also contain an echo of Sun Tzu’s words that “the supreme art of war is to subdue the enemy without fighting” and “victorious warriors win first and then go to war, while defeated warriors go to war first and then seek to win.” The novelty in Qiao’s and Wang’s work is that there is no novelty. They simply adapt the age-old basic tenets of seminal military theorists to a new strategic environment awash with new technologies.

The most important lesson from Qiao and Wang is that while past military theoreticians and generals “fight the fight that fits the weapons, it is better to build the weapons to fit the fight.” The latter requires a vision that extends beyond adapting to leverage technology. Rather the true strategic thinker envisions the nature of new warfare, pushes the research and development community to build the next generation of weaponry, and develops the doctrine ahead of the strategy to achieve victory. Their words are, like Gerasimov’s in 2013, a challenge to the military, the industrial base, and the government to see beyond the horizon into the potential of the extended domain.

Writing in 2022, after watching Western democracies struggle with hybrid warfare in all its permutations, be it “little Green men in Crimea”, disinformation operations to influence political outcomes, ransomware attacks on businesses, or denial of service attacks on critical infrastructure, none of this may seem like a revelation.

Hybrid warfare is simply now a fact of life, a staple in the nation-state’s national security diet. What stands out is it was not the Russians who first developed this vision of hybrid warfare. It was two Chinese thinkers writing two years before September 11, and five years before the US entered Iraq for the second time.

The Chinese in fact began waging hybrid warfare in the early 2000s or at least doing proof of concept tests using cyber exploits against businesses and critical infrastructure around the world. Today, this is evident when engineers evaluate risks to the supply chain. Hence the current concern about the Chinese telecommunications firm, Huawei. We can even see it in the impact Chinese companies have gained by investing in Hollywood, where movies have become a weapon of information warfare.

The threat of hybrid warfare is prolific and persistent. And, like fireworks and tea, it is a product that China has exported across the world.