The Bewilderment of Kremlin Propagandists

The reaction to Russia’s defeats in Ukraine proves the old adage that victory has a hundred fathers, but defeat is an orphan 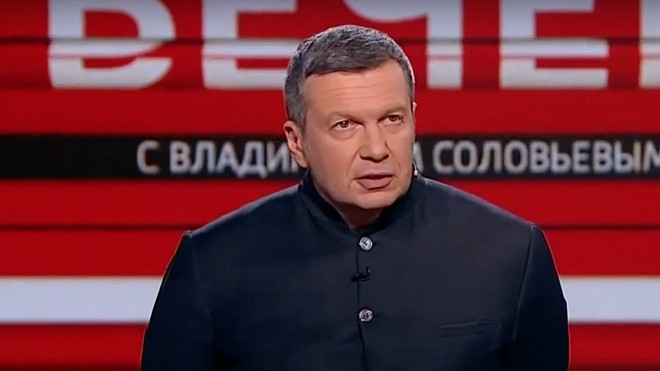 The Ukrainian advances of recent days have liberated thousands of kilometers of territory, freed innumerable citizens from bondage and terror, and brought fresh hope to President Volodymyr Zelenskyy and his people. In Russia, it first caused a shocked silence, occasionally broken by a stammering explanation.

Kremlin propagandists were left in complete disarray by the news. The normally well-oiled propaganda machine was a shambles, as state-run media scrambled to explain huge losses and a collapsing military.

The scale of the Russian military disaster began to emerge on September 10, when news emerged of Ukraine’s military liberating towns and villages across Kharkiv oblast at lightning speed. State-owned news outlets like RIA Novesti, Tass, and Interfax simply parroted the official government propaganda that Russian soldiers were “regrouping” in the Donetsk direction to “achieve their stated goals.” Russia’s Defense Ministry issued a statement explaining it was necessary to “regroup.”

“For this purpose, an operation was carried out within three days to curtail and organize the transfer of the Izium-Balakliya group of troops to the territory of the Donetsk People’s Republic,” it said.

It added that: “In three days, more than 2,000 Ukrainian and foreign fighters, as well as over 100 armored vehicles and artillery units, were destroyed.” By evening, the ministry’s baseless figure had swiftly doubled to 4,000 dead, even as verified reports were surfacing of Ukraine’s significant gains and of Russians fleeing en masse.

By the following day, it was clear Russia’s front line had collapsed and propagandists on their favored Telegram channel were showing signs of panic, with some of the so-called milbloggers — often well-informed individuals with links to the armed forces, large Telegram followings, and an ultranationalist standpoint — even suggesting that Putin himself had to take some of the blame for the disaster. Once the news had spread (the regime seems unable or unwilling to control milbloggers) Russia’s famously splenetic daily talk shows also acknowledged the news, albeit with a lack of direction. Propagandists and pundits were all over the place, blaming security services, the lack of a general mobilization, and military and other Putin advisers who had supported the war. Some openly acknowledged the defeat and the psychological consequences, while touting the strength of Ukraine’s army.

Some Russian pundits even floated the need to get back to the negotiating table with Ukraine. And they weren’t the only ones. After a weekend of humiliation and defeat, Foreign Minister Sergey Lavrov, in an interview, told Rossiya-1 TV channel that: “Russia does not reject negotiations with Ukraine, but their further delay by Kyiv will complicate the possibility of reaching an agreement with Moscow.” Apparently, it was more than just talk, because Ukraine’s Deputy Prime Minister, Olga Stefanishyna, told France24 that Russian officials had reached out to Ukraine to negotiate, as Ukraine’s counteroffensive was underway.”

Chechnya’s notorious Kremlin-installed leader, Ramzan Kadyrov, also took to Telegram to voice his outrage and in a video message blamed Russia’s Defense Ministry, for the “loss of the Kharkiv region.” He added: “They have made mistakes and I think they will draw the necessary conclusions.” He promised to brief Putin himself if the military leadership didn’t shape up, spoke of 10,000 Kadyrovites on the way to reinforce the front, and promised to march to Odesa in the “near future.” Meanwhile, social media chatter suggested clashes between Kadyrov’s Chechens and retreating Russian troops, underlining the use of Kadyrov’s men as battle police.

The talk of war even reached Russia’s State Duma, when Russian Communist Party leader Gennady Zyuganov said: “The special military operation in Ukraine has escalated into a full-scale war,” notable both because Zyuganov used the forbidden word “war” but also called for general mobilization. Despite such demands, Putin has refrained from doing so and his spokesmen have said it is not likely “at the moment.” Such a move would be a high risk for Putin, who has fought shy of widespread, enforced conscription. He would have to admit that his war is failing and would face the risk that forcing Russians to the frontlines would end in chaos and revolt. So far, the majority of Russians have supported the war with their mouths, but not their lives

Events this month have made clear that Russia’s supposedly world-class military was an illusion created by the country’s truly world-class propaganda.

The signs that the Russian regime’s facade was cracking emerged in June, when Kazakhstan’s President Kassym-Jomart Tokayev, used a televised meeting with Putin at the St Petersburg International Economic Forum to state that Crimea and Donbas weren’t Russian territory, a statement all the more extraordinary because in January Tokayev’s tottering presidency was saved from a popular uprising by Russian troops.

Things only went downhill for Putin from there. In July, he attended a trilateral meeting in Iran, where he begged for drones and was left standing and waiting by Turkey’s President Erdoğan, who arrived late. Shortly after, rumors surfaced that Russia had asked North Korea for soldiers to be sent to the frontlines; a recent New York Times report confirmed that Russia was buying “millions of artillery shells and rockets” from Pyongyang.

Russia’s depleted military is also short of men — Western estimates suggest around 25,000 have died and three times as many have been wounded. The shortage of military personnel is so bad that Putin’s crony and head of the Wagner mercenary group, Yevgeny Prigozhin, has been seen personally appealing to convicted criminals to join his private war. Even Prigozhin says the survival rate is very low. “At first they said that about 20% would return,” said a relative of a prisoner. Then that, “almost no one will return.”

In a recent video Prigozhin, surrounded by prisoners dressed in black, told recruits: “Come fight in Ukraine and be rewarded with your freedom — if you can make it back alive.” He continued, “No one retreats, no one surrenders. When you are instructed on surrendering, you will be told about two grenades that you should have with you . . . For those who arrive and on the first day say: ‘I’m in the wrong place,’ we mark as a deserter “and after that execution follows.”

The pressure on Putin has been building from his failed military adventure, economic woes, isolation from the West (he is reportedly furious that he was not invited to Queen Elizabeth’s funeral, the BBC reported), and disarray between security services and military, who each blame each other for the failing war.

To add to this, the first signs of dissent emerged when last week when several deputies from his home city of St. Petersburg asked the State Duma to remove Putin for high treason over the war in Ukraine. Shortly after, deputies in Moscow drafted a gentler version demanding Putin’s resignation. By Monday, dozens of municipal deputies from Moscow and St. Petersburg had signed on. “We demand the resignation of Vladimir Putin from the position of President of the Russian Federation,” said the statement, initially signed by 19 deputies. Ksenia Torstrem, a deputy for St. Petersburg’s Semyonovsky district, said that “another 84 signatures have been received, now we will check them.” While this alone won’t force Putin’s resignation, it is a highly unusual sign.

On September 15, Kommersant reported that Russia’s Duma may summon Defense Minister Sergei Shoigu to be questioned in a closed session, an unprecedented step.

Such events are straws in the wind; it is possible that Putin’s regime can continue to simply ride roughshod over opponents without consequence. But it is clear that if the West continues to supply Ukraine with all the weapons it needs and tighten sanctions against Russia, the pressure on Putin will only increase and the cracks in his regime will grow.

Meanwhile, Western governments need to prepare for a post-Putin era and not repeat the mistakes made after the Soviet Union’s collapse. Russia’s problems are much bigger than Putin, and lie in the heart of a state that genuflects to men of his character.

Olga Lautman is a non-resident senior fellow at the Center for European Policy Analysis (CEPA), the host of the Kremlin File podcast , and an analyst/researcher focusing on Russia, Ukraine, and Eastern Europe. 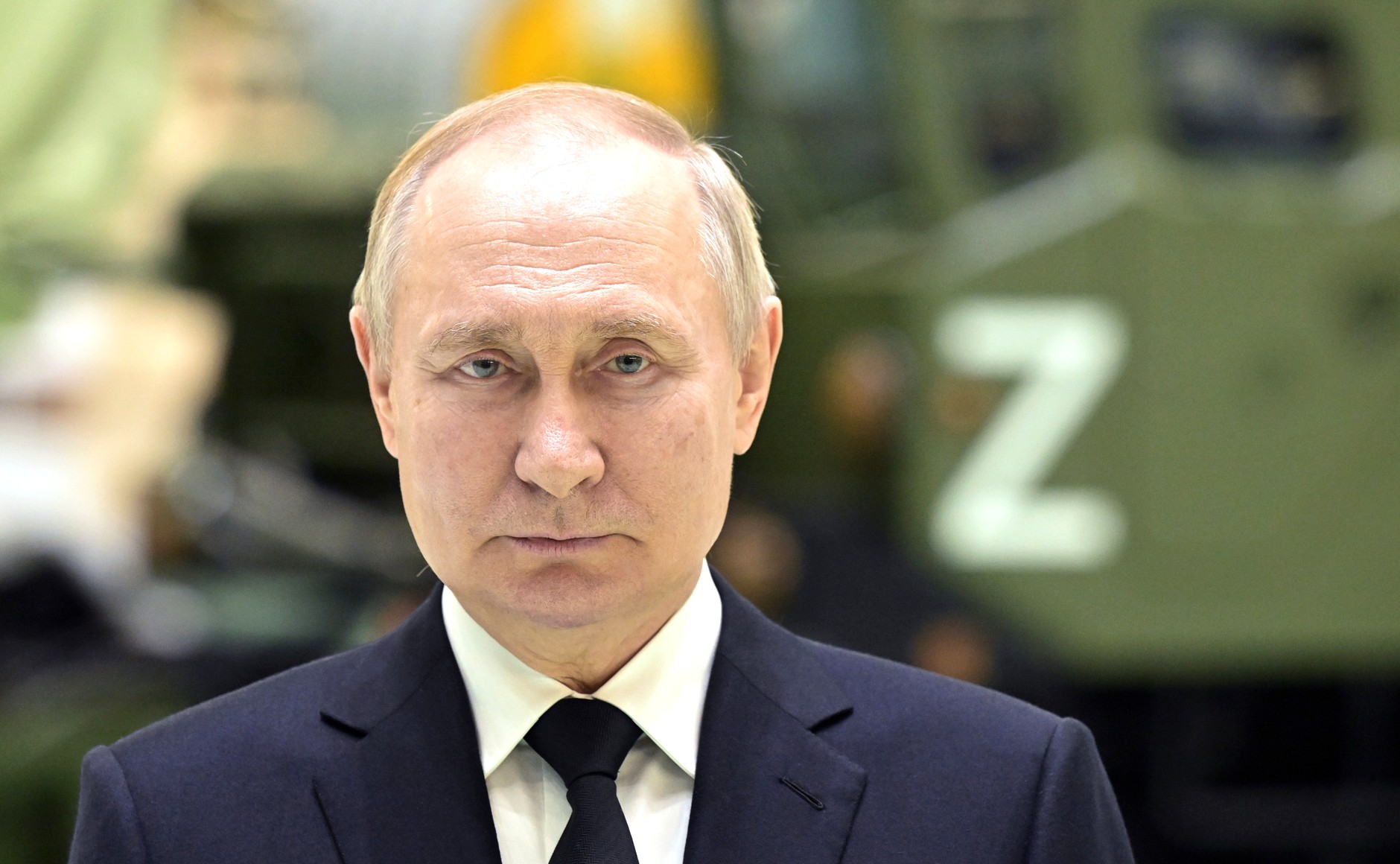