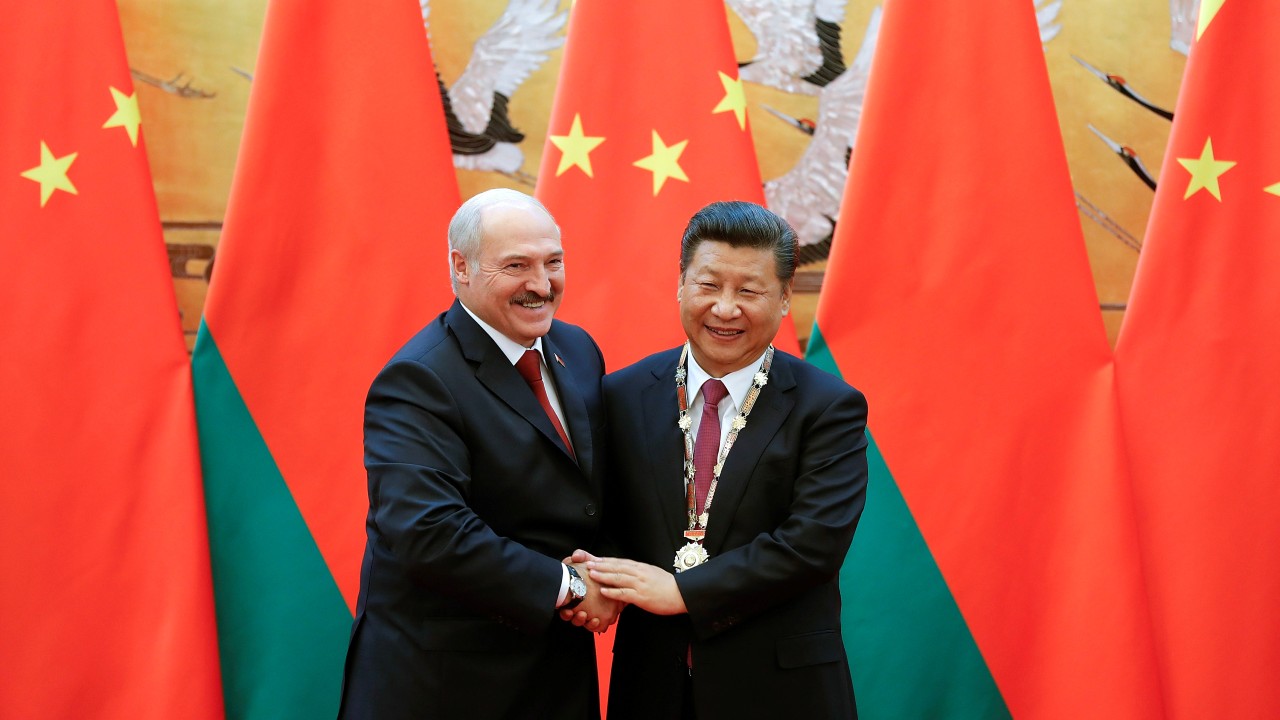 Aliaksandr Lukashenka’s strategic bet on China in early 21st century was aimed at reducing Belarus’s dependence on Russia. Seeing an extraordinary openness to cooperation, China used Belarus as an important “laboratory” of the Belt and Road Initiative — “Our Pakistan in Europe”, as one China expert described it to me.

But the current problems of Lukashenka’s regime, and Russia’s increasing appetite for deeper integration, provided a defining test for China’s strategic intentions towards the region. Contrary to Lukashenka’s calculations, China gave Russia a free hand by recognizing its self-proclaimed sphere of influence in eastern Europe.

China’s economic presence in the region has been steadily growing since the late 2000s, with Belarus clearly becoming China’s primary partner. There were several elements in the relationship which appealed to China. It saw a potential production hub within the Eurasian Economic Union (EEU) and a state-led economy potentially willing to reform according to the Chinese blueprint. The relationship was also driven by an ideological affection between two autocracies. Lukashenka visited Beijing 12 times, and Belarus-China relations were dubbed the “iron brotherhood” by propaganda outlets on both sides.

With the personal involvement of Xi Jinping, who visited Minsk in 2010 and again in 2015, the relationship moved up a gear. China provided Belarus with an extensive set of economic cooperation tools, including the flagship project of the “Great Stone” Chinese-Belarusian Industrial Park near Minsk, as well as credit lines aimed at developing infrastructure and industry. Belarus has also become a key transit country for rapidly increasing Eurasian railway connections, facilitating 90% of EU-China railway freight trade. According to OSW’s estimates, total Chinese lending to Belarus since 2006 amounts to $4.6bn, equal to roughly 20% of Belarus’s current public foreign debt.

But despite the optimistic propaganda, conversations with experts and stakeholders in both countries reveal a much grimmer picture. More than a decade after Xi’s first visit to Belarus, both sides are largely disappointed with the results. Lukashenko was hoping for a state-led industrial upgrading, particularly by attracting Chinese high-technology investment. He also aimed to reduce economic dependence on Russia. What he got instead was a considerable debt overhang, and several non-performing or delayed heavy industry “turnkey” projects, including cardboard, cellulose, and potash factories. In reaction to the debt distress, as well as poor quality of Chinese technology, Lukashenka imposed an informal ban on more Chinese lending in 2017.

Although China-Belarus economic cooperation has several bright spots, such as the Belgee automobile factory joint-venture or several minor projects within Great Stone, China failed to provide Belarus with the expected impetus toward new development. The petrified and ineffective Belarusian economic system alarmed China’s thoroughly capitalist investors, while they gained only limited access to Eurasian Economic Union markets, mostly due to Russian protectionism. In turn, Chinese investments still equal less than 3% of Belarus’s inward FDI stock. The much-discussed Chinese $500m loan to Belarus in December 2019, which coincided with Lukashenka’s talks with Putin on deeper integration, did not alter the situation significantly and was roughly equal to that year’s annual $600m debt repayment to China.

But the hardest moment for Lukashenka came during 2020’s mass protests following his election rigging. China did not support Lukashenko politically or economically, and the tone of his relations with Xi cooled. Chinese party media generally followed Russia’s official propaganda line (much as it has on the Belarusian hijack of an aircraft carrying a leading dissident). Although China portrayed the protests as a Western-driven “color revolution”, it stressed that the situation should be handled by Lukashenka himself — or with Russia’s “assistance”. Chinese party media also criticized the EU’s sanctions after the 23 May Belarusian hijack of an aircraft carrying a leading dissident, once again taking an anti-Western stance.

China’s deference to Russian policy thus resembles its post-2014 approach to Ukraine. The Belarusian example also shows that China has very limited strategic ambitions in eastern Europe and is content to follow Russia’s lead. It is a message other countries in the region would do well to heed.