The Baltics — a Ship to Weather the Energy Storm

The three Baltic states have a keen understanding of the risks presented by an aggressive neighbor, and took farsighted action to shelter themselves. 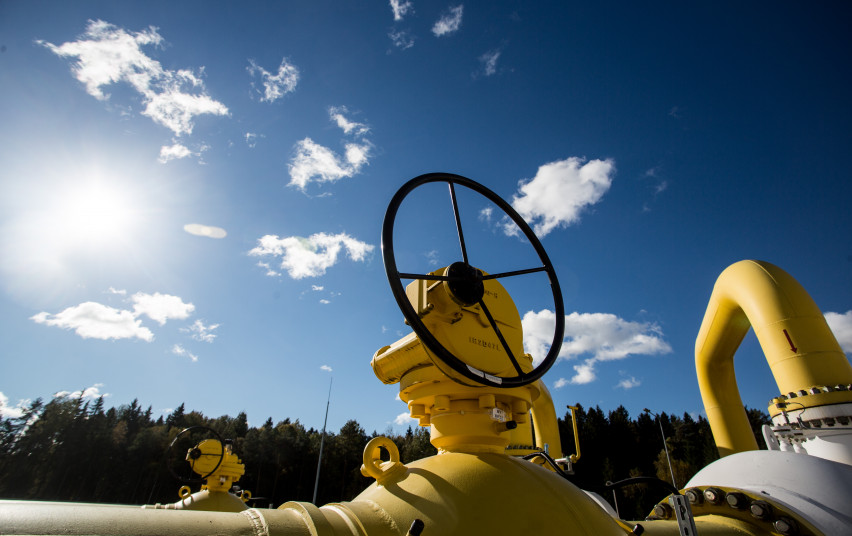 Across Europe, nations are shuddering from the effects of Vladimir Putin’s weaponization of energy supplies, with gruesome consequences for consumers and governments forced to step in and help with their bills. This might have been devastating for the Baltic states of Lithuania, Latvia, and Estonia, but they saw the storm coming and prepared.

The action taken by the three states over the past quarter of a century underlines again that the Baltics did not simply warn about the inevitability of Russian aggression, but took their own medicine despite a very high price.

Russia’s invasion of Ukraine has already cost European governments about $1 trillion to secure energy supplies and cushion consumers. Energy prices are now several times higher than in the US.

But it could have been so much worse. Given their history and geography, the Baltic States are no strangers to Kremlin-induced adversity. Following their reestablishment of independence and the Soviet economic blockade of Lithuania in 1990, they focused on the risks from their much larger neighbor. High on the list was energy security.

Almost wholly reliant on Russia, they began to act. As early as 1999, Lithuania built the Būtingė oil terminal, allowing the country to tap into global oil markets and wean itself off its acute reliance on Russian oil supplies. Meanwhile, to facilitate their integration with Central and Northern Europe, from 2006 to 2015 the Baltics built four large power cables to Finland, Sweden, and Poland.

Lithuania opened its liquefied natural gas (LNG) import terminal in 2014 and a gas interconnector with Poland in 2022, while Estonia commissioned a gas pipeline to Finland in 2019. All of these projects, in addition to countless smaller efforts, improved the resilience of the regional natural gas market and ensured the Baltics would no longer be marooned as a so-called energy island.

None of these projects were easy or cheap, but as the last year has demonstrated, they have made the Baltics far less susceptible to Russian energy blackmail than almost anyone else in Central and Eastern Europe. This process was capped in April 2022, when Lithuania became the first country in the European Union (EU) to eliminate all imports of Russian gas.

As in the troubled times of the early 1990s, and the energy diversification that followed, it is again evident that the current energy crunch will turbocharge the Baltic states towards even greater energy independence.

Back in April 2022, two months after Russia’s all-out war of aggression began against Ukraine, Estonia and Finland announced plans to develop LNG import infrastructure in the Gulf of Finland, which will become operational this year. Furthermore, in September, the Latvian government endorsed the development of the Skulte LNG import terminal, which might go online in 2024 or 2025. Both of these projects will greatly improve supply security and the liquidity of the regional natural gas market.

Meanwhile, Lithuania, the country with by far the greatest electricity deficit in the Baltic States, has announced even more ambitious plans for renewables such as wind and solar. In November 2022, the government stated that it expects Lithuania to produce 9 gigawatts (GW) of renewable electricity by 2030, which is a whopping 2 GW more than was initially planned. If this pans out, Lithuania would not only make its energy system significantly cleaner but might also join the ranks of energy-exporting states.

And these are but a few of the large projects that are currently either in the pipeline or are under development. All three countries are also engaged in a myriad of other initiatives that are bound to make their energy systems greener, more efficient, and more resilient to supply shocks.

All the while, there has been growing talk about the potential of speeding up the decoupling of the Baltic States from the Russian-led BRELL power grid (currently scheduled for 2025) and connecting them to the synchronous grid of continental Europe. Once the synchronization is completed, the Baltic States will gain full control of their electricity networks and become fully independent from Russia.

Granted, the political will to implement some of the aforementioned projects and initiatives long preceded the Russian invasion of Ukraine and was closely linked to the path toward net zero. However, there are few doubts that the events of the past 10 months provided an even greater sense of urgency.

It is far from certain when the current energy crisis might end. It could be in two, three, or even four years from now. It is also unclear how exactly Europe’s energy landscape will look once the crisis is over as the permanent shift from Russian energy supplies will force some countries to overhaul their energy strategies. However, if there is one thing that is crystal clear, it is that once Europe and the Baltic States will emerge from this crisis, they will be more energy resilient than ever before.

Lukas Trakimavičius is a CEPA 2022 James S. Denton Fellow. He works at the research and lessons learned division of the NATO Energy Security Centre of Excellence. Previously he held positions at NATO and the Lithuanian Ministry of Foreign Affairs.

The views expressed in this article are the author’s own and are made in a purely personal capacity.