Now Is Not the Time to Rest on NATO’s Laurels NATO is congratulating itself on its 70th birthday. No doubt the French who planned the Maginot line celebrated their progress too. This colossal chain of fortified bunkers on (part of) the country’s eastern border was France’s response to Germany’s rise in the 1930s. The aim was to […] 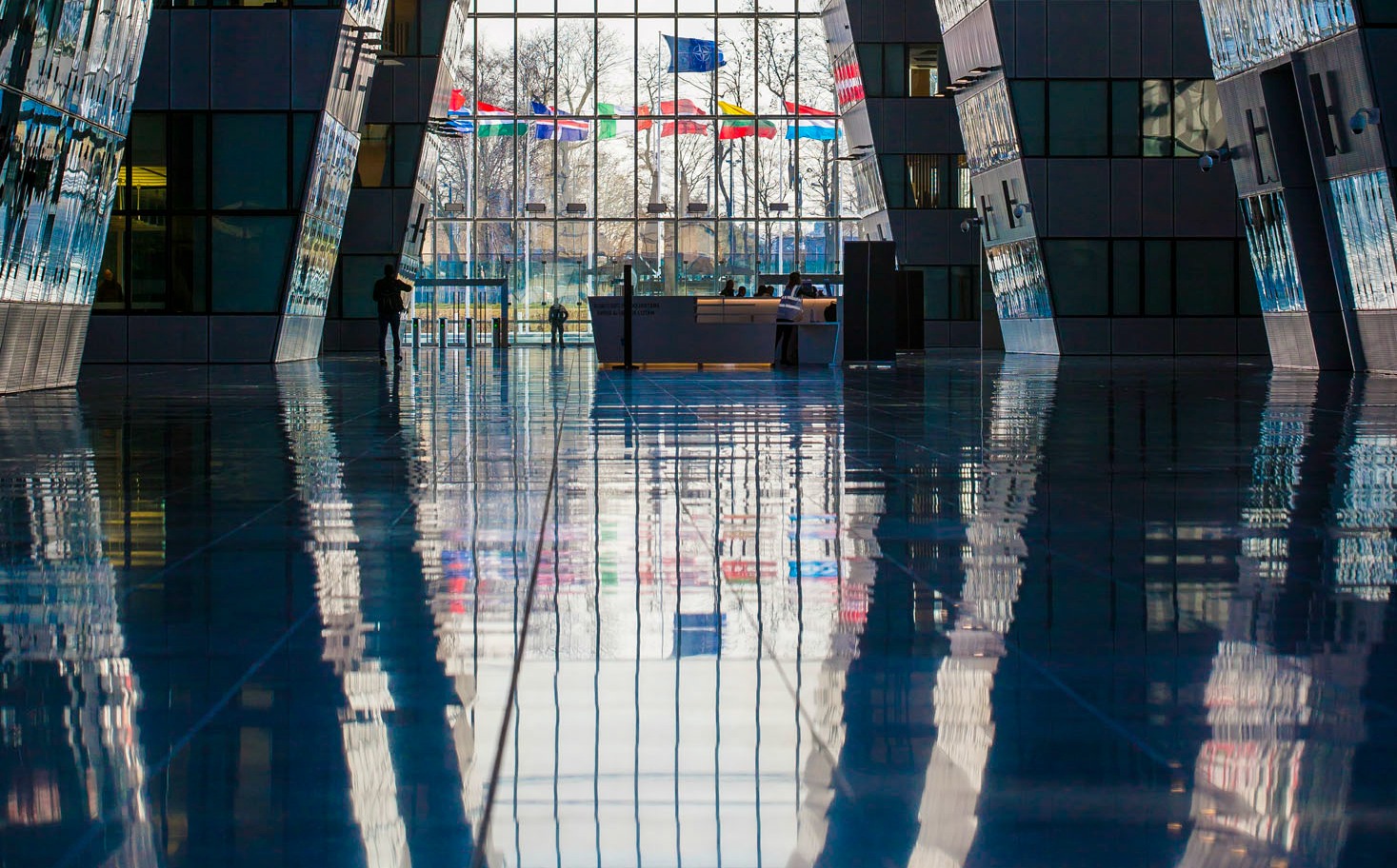 The new NATO headquarters in Brussels

Now Is Not the Time to Rest on NATO’s Laurels

NATO is congratulating itself on its 70th birthday. No doubt the French who planned the Maginot line celebrated their progress too. This colossal chain of fortified bunkers on (part of) the country’s eastern border was France’s response to Germany’s rise in the 1930s. The aim was to make invasion impossibly costly. But the plan had a flaw: Nazi Germany’s military planners did not need to attack the Maginot line head-on. They attacked through Belgium, and with “Blitzkrieg” — a form of highly mobile warfare, backed by air power, that France in its debilitated interwar state could not resist.

I hope that the suits and uniforms at NATO’s gleaming new headquarters will spare some time from the anniversary shindigs to think about history and hubris. It is true that from a military point of view the Atlantic Alliance is in increasingly robust shape. Territorial defense is once again at the heart of NATO’s thinking. The Enhanced Forward Presence in the Baltic states and Poland provides a serious tripwire to forestall Russian aggression. Defense spending is going up, slowly in Europe, but fast if you count the generous contribution made by the United States to the continent. Meanwhile, Russia’s stagnant economy is buckling under the weight of the Kremlin’s overly ambitious defense spending plans. A drop more champagne, Sir?

Keep the bottle corked. We cannot rely on our adversaries attacking us the way that we find convenient. We may have solved the problem we faced in 2009, when Russia’s huge, aggressive, secretive military exercises rehearsed the invasion of the Baltic states, concluding with a dummy nuclear strike on Warsaw. But have we solved the problem we face now in 2019? Or in 2021? Russian tactics are evolving, and – I fear – faster than we are able to deal with them.

One front is diplomatic divide and rule games. The Kremlin’s ability to do bilateral deals with NATO countries is startling and dismaying. Hungary in particular stands out, for its mystifying decision to host the Soviet-era holdover, the International Investment Bank (IIB). It is hard to see why the Central European University, funded by George Soros, is such a threat to national security that it must leave Budapest, whereas a Kremlin-run financial front organization gets the red carpet treatment. The IIB has diplomatic status, and the right to bring unlimited numbers of staff to Hungary. Other NATO countries, and particularly their spycatchers, are fuming.

Alliance cohesion is only one problem. Another is the changing nature of warfare. NATO has little to say on cyber defense, and nothing on the coercive use of trade and investment. China’s alarming ability to do murky infrastructure deals in the poorer half of Europe, for example, will be on show at the 16+1 summit in Dubrovnik this week.

Economic security is the job of the European Commission, preferably working in partnership with allies overseas. But these efforts are interrupted by the election cycle in Europe (don’t expect any decisions from the EU until much later this year), by transatlantic tensions (brace yourself for a trade spat) and by Brexit (or at least the rows over how, when and whether it may happen).

To our opponents, we appear in not much better shape than France in the 1930s – plagued by economic weakness, internal divisions, and weak leadership. The Maginot line, splendid though it was, could not counteract that.

It may be too late, or too ambitious, to try to fix NATO in its current form. A better approach might be to create coalitions of willing, capable, and threat-aware countries. These may grow as the dangers mount. But don’t count on it.

Photo: “The new NATO headquarters in Brussels” by NATO under CC BY-NC-ND 2.0.