Tech to the Rescue: Helping to Save Ukraine

Russia’s invasion of Ukraine represented a moment of truth for the tech industry — and overall, it’s come through with flying colors. 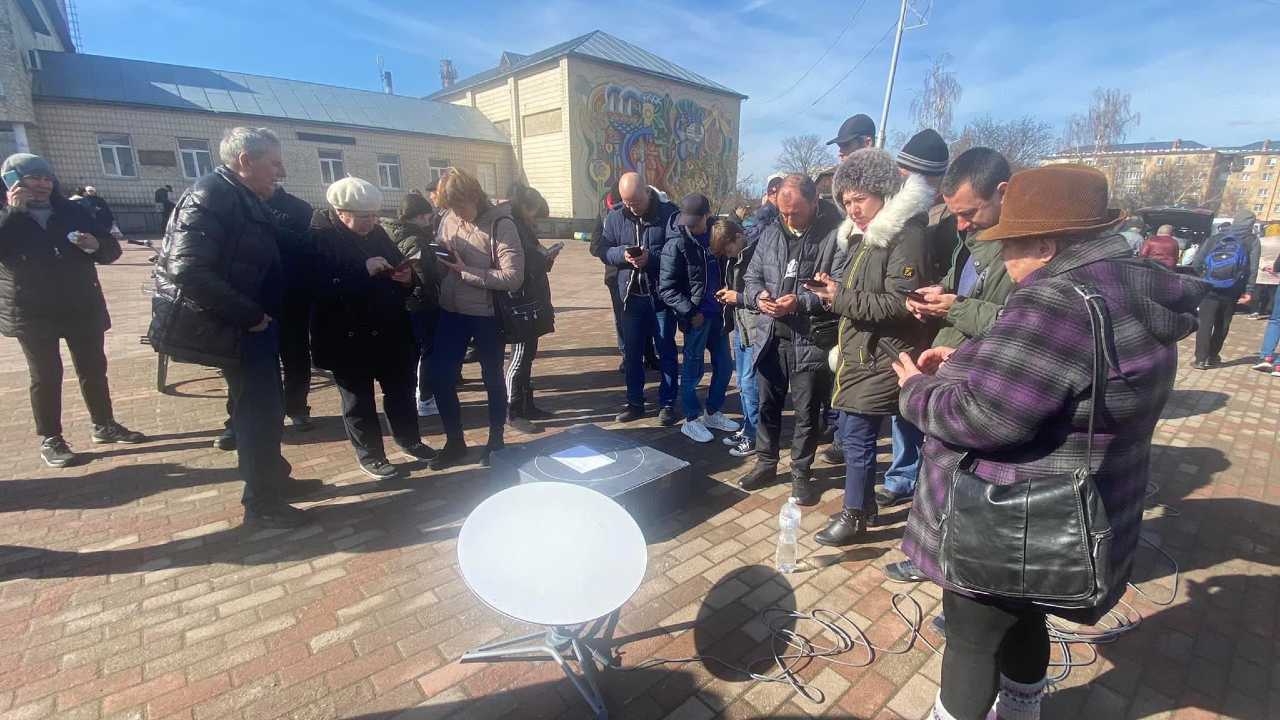 Caption: Civilians in the village of Ivankiv, Kyiv region, regain access to internet with the arrival of a Starlink system, in April 2022. Credit: Mykhailo Fedorov/Twitter.

The success comes after years of tech bashing, heartfelt complaints about online hate speech, and worries about threats to privacy. Tech does face hard questions about its complicity in Myanmar’s attacks on minorities and its role in amplifying the toxic lies that led to the January 6 attack on the US Capitol.

But the Ukraine experience shows that the real danger to democracy does not come from an unfettered Internet; it comes instead from the mounting threat of an authoritarian online takeover that allows unchecked surveillance and censorship. As the CEPA report on the New Iron Curtain details, Russia is moving in that direction, closing off its population from accurate information and moving to a full dictatorship.

In contrast, tech has helped build Ukraine’s resilience. Start with cyber defense. Large-scale Russian cyber-attacks in 2015 and 2016 paralyzed Kyiv’s energy grid, causing Ukraine to re-locate much of its most crucial data in the cloud and outside of the country. On February 23, a day before Russian tanks rolled into Ukraine, the Kremlin launched a major cyber offensive, deploying FoxBlade malware to target Ukraine’s government.

The attack flopped. Ukraine, working with private tech companies and Western intelligence, fixed most of the damage. Microsoft provided licenses and services to organizations in Ukraine to move threatened software services to the cloud.

Tech kept open Ukraine’s financial lifeline. Like the government, Ukraine’s banks stored most of their data outside the country and online banking continued to operate. ATMs kept working. Ukraine’s government even raised $54.73m in cryptocurrency donations such as bitcoin during the first month after the invasion after posting appeals on social media.

At the same time as helping Ukraine, Western tech cracked down on Russia. Western tech companies removed all advertising to ensure that no one could profit from activity on their apps. Most restricted access to Russia’s state-run RT and Sputnik outlets in Europe and in some case globally, and their apps were banned from app stores. Some pulled their businesses out of Russia while resisting, as best as possible, Kremlin attempts to censor independent voices and news. Sales of VPN programs have soared in Russia.

The online battlefield is far from won. A desperate Russia still could respond with renewed, indiscriminate cyberattacks. It already is stepping up attempts to deliver propaganda, spreading everything from anti-vaccine content to lies about election security.

Yet our best response to these lies is not to throttle the free and open Internet. We do not want — and it is not in our interest — to mimic Russia and impose an Internet Iron Curtain. Nor is the Chinese authoritarian model to be emulated; our best defense against tyranny is to allow free, unfettered access to independent information.

Democratic regulation must take security into account. As former Estonian President. Toomas Ilves recently told me, all legislation in the US and Europe is to be reviewed for its effect on climate. However, when it comes to security, there’s no review of legislation, which is a fundamental flaw.

As we are learning from the experience in Ukraine, tech can play an important role in protecting the free world. But of course, it cannot suffice. Wars are not just fought online; armies must win victory on the ground using physical weapons, guns, artillery, and tanks.

Bill Echikson is CEPA’s Acting Director of the Digital Innovation Initiative and editor of Bandwidth.