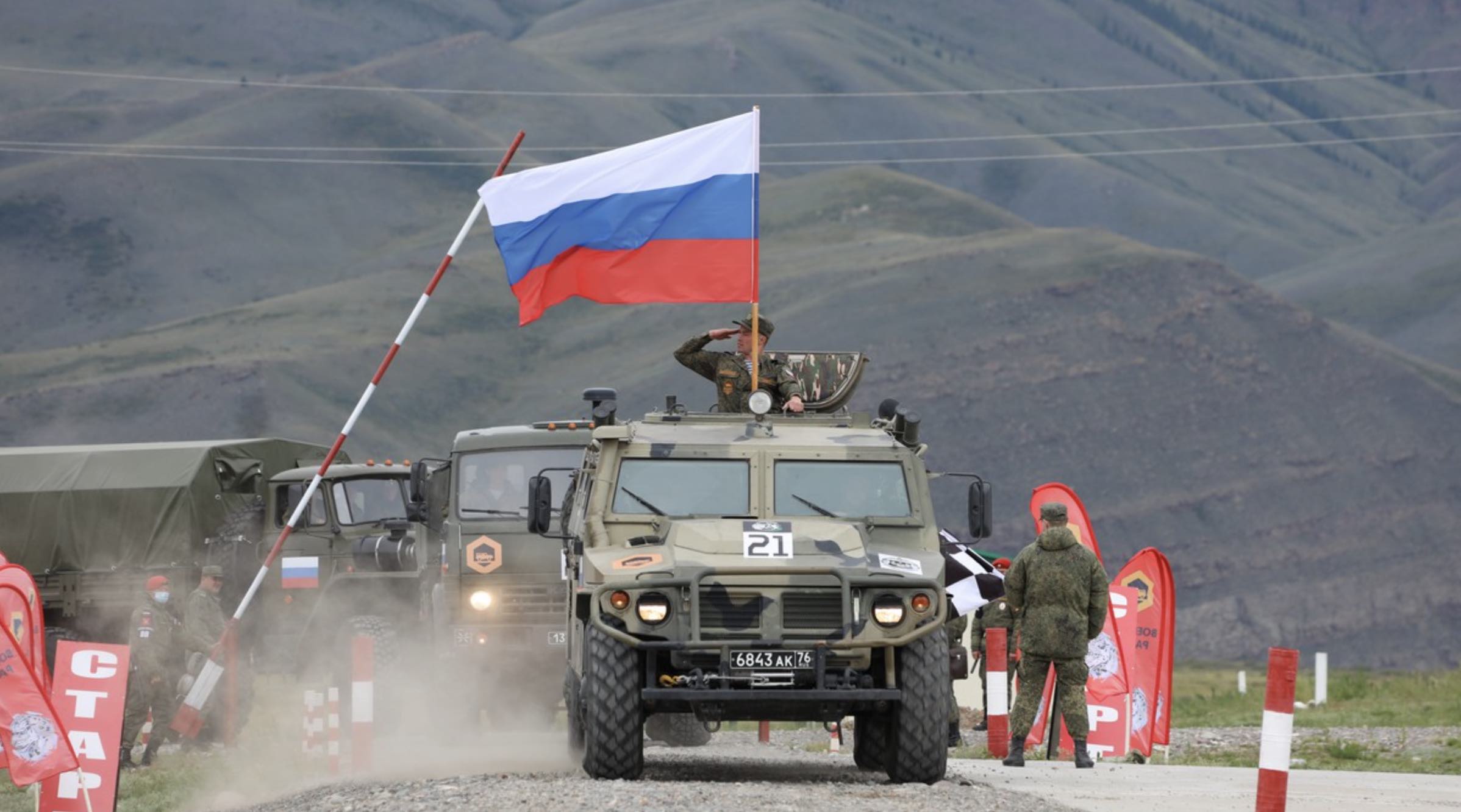 Photo credit: Ministry of Defence of the Russian Federation.

It is a timely opportunity for the NATO alliance to adapt its exercises, planning, and policies to enhance collective defense and deterrence. To more effectively counter the intimidation and aggression synonymous with Zapad, NATO needs an updated approach to Russian exercises.

Zapad (“West”) 2021, officially beginning on September 10, is a seven-day intensive military exercise of Russian and Belarussian forces conducted in Russia’s Western Military District. Though Zapad exercises occur every four years as part of Russia’s rotational regional military posturing, this iteration will be particularly salient, given the buildup of Russian troops on Ukraine’s border earlier in the year, as well as the ongoing political crisis in Belarus and that government’s increasingly intimate relationship with Russia.

Historically, Zapad exercises are significant undertakings that allow Russia to test new war-fighting tactics and emphasize capabilities comparable to NATO’s in the region while conveying the potential of Russian military menace to its neighbors. This year, Russia is expected to use the exercise to try and project Russian military dominance in a potential conflict with Ukraine or NATO. Demonstrating interoperability across national militaries and combat units — especially Belarus, and with new countries like India, Kyrgyzstan, and China — will also be key. Improved relations between Russian President Vladimir Putin and Belarusian President Aliaksandr Lukashenka suggest that the exercise may be used to permanently station more Russian forces and equipment in Belarus.

Russia will also use the exercise to hone its hybrid capabilities, which combine conventional and non-conventional tools. For instance, Russian forces will test weaponry such as aerial defense alongside cyber, electronic warfare, and network-centric 5G technology. The Kremlin is also expected to attempt foreign malign influence operations against neighboring nations, including NATO members like Poland, as part of its broader strategic intimidation efforts.

Following the example of previous Russian exercises, this year’s maneuvers are likely to be much larger and involve many more activities outside the official schedule. The Kremlin claims that only 2,500 Russian personnel will participate, yet Russian and Belarusian military leaders have openly indicated that the scope of the exercise will be “massive.” This under-reporting of the forces involved is a deliberate ploy by Russia to avoid its treaty commitment to invite foreign military observers for exercises above 13,000 personnel, as required by the Organization for Security and Co-operation in Europe’s (OSCE) Vienna Document. Reports from neighboring militaries, like Poland’s, estimated the Zapad 17 exercise at 100,000 personnel and Ukraine suggested around 140,000 were involved. All of this exacerbates instability in the region and raises the risk of miscalculations between Russia and the alliance.

With this in mind, there are several adjustments that NATO should adopt in its response to Zapad 2021 exercises and future Russian military posturing in the Euro-Atlantic region.

First, NATO should be more assertive and proactive in its military exercises with less concern about what might provoke Russia. Historically, some alliance members have favored a more restrained approach to NATO’s exercises to avoid triggering a potential Russian overreaction. While NATO is a defensive alliance, it must not allow this concern to compromise its defense and deterrence, particularly when the reality of Russia’s assertive actions requires a more robust NATO response. Deterrence depends on the speed of recognizing potential confrontation, the speed of decision, and the speed of responsiveness in crisis prevention. A more proactive deterrence posture could include exercises with shorter notification, adaptable timelines to send strategic signals based on Russia’s actions, and a stronger emphasis on mobility which is intimately tied to readiness. NATO exercises should also include the testing of new capabilities or innovative ideas to the point of failure — a tactic used by Russia but rarely by Euro-Atlantic allies from fear of possible public reaction.

Second, NATO must more actively anticipate and respond to hybrid threats associated with formal exercises like Zapad 2021. Formal exercises should not be treated as separate from hybrid attacks. Hybrid threats are typically interwoven, with Russia’s exercises to pressure neighboring countries and advance the Kremlin’s influence. For example, Lukashenka’s weaponization of migration from Belarus to Lithuania, Russian attempts to intimidate the British destroyer, HMS Defender, in the Black Sea, and ceasefire violations in Ukraine, should all be understood as hybrid elements within the wider auspices of Zapad 2021. Having a more comprehensive understanding of Russia’s hybrid actions as extensions of military exercises would enable NATO to better boost the resiliency of allies and partners in the region, whether by supporting bilateral cooperation like Estonia’s donation of border wire to Lithuania or deploying alliance counter-hybrid support teams during Russian exercises.

Third, NATO members must hold Russia accountable for failing to meet transparency agreements around its exercises. The degradation of Russian commitments to the transparency and confidence-building measures determined by the OSCE in the Vienna Document contributes to regional insecurity. The alliance’s failure to respond undermines trust in the institution and the values on which it rests. Thus, renewed demands for Russian adherence to the Vienna Document regarding exercise reporting and transparency requirements are needed. One option could be to exert further economic pressure on Russia. Germany, for instance, could leverage its economic relationship with Russia to encourage compliance, and the U.S. should use leverage gained via Nord Stream 2 concessions to encourage Berlin to apply such pressure. Ignoring the Vienna Document suits Russia’s unpredictable approach, so a united imposition of consequences for non-compliance by the alliance would send a clear message to the Kremlin and reinforce allied cohesion.

The coming weeks will reveal further developments that will shape how transatlantic decision-makers approach future exercises from NATO adversaries and competitors, but these recommendations would bolster the alliance’s readiness and unity in response to sub-threshold and threshold threats.