Stopping the Countdown to Russian Invasion

Russia’s unacceptable demands to the United States and NATO make a new invasion into Ukraine more likely. It is time the allies agreed on urgent action. 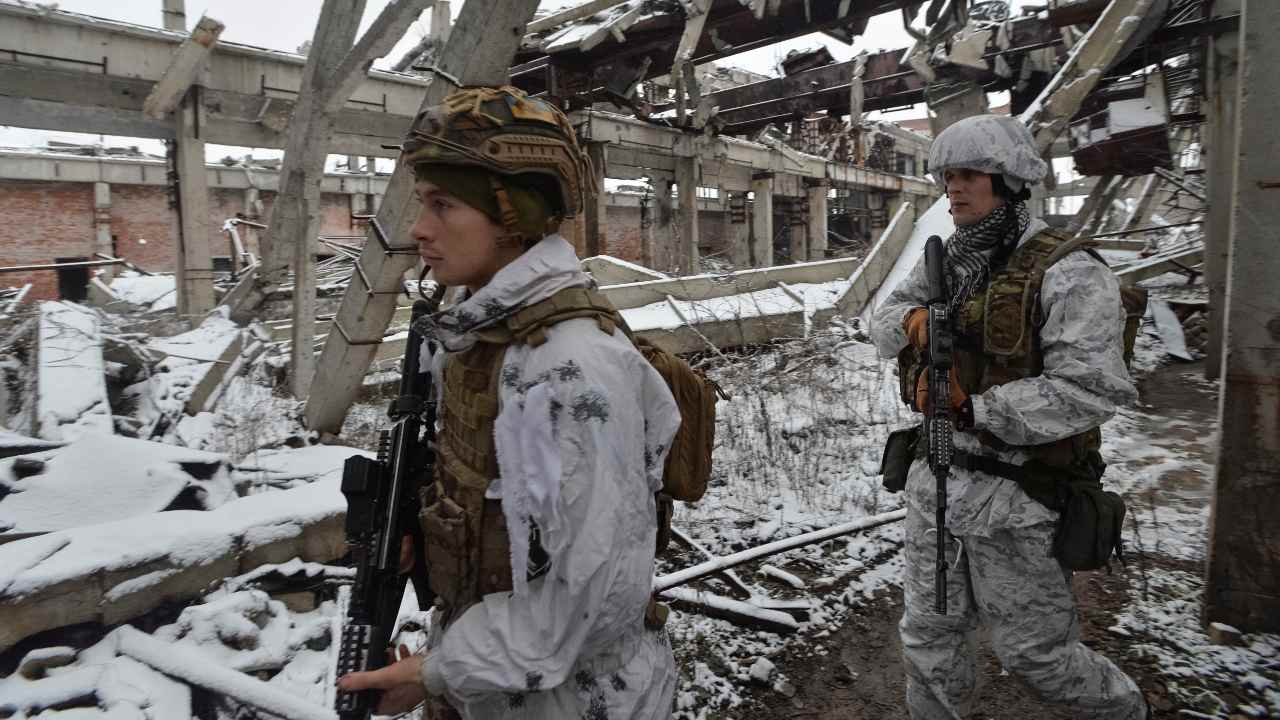 As stunning as it may be in the 21st Century, Russia has resorted to a policy of extortion in order to assert its dominion over neighboring countries. For months, Russia has built up substantial military forces in and around Ukrainian territory. In Crimea, in Donbas, in Russia’s southern and western military districts, and in Belarus, Russia has amassed over 100,000 troops, equipment, logistical, and even mobile medical facilities, giving President Vladimir Putin the ability to invade further into Ukraine at a moment’s notice.

On December 17, Russia publicly released its list of demands – the implicit price for Putin not to attack Ukraine and bring the war to Europe. These include several elements which Russia knew in advance would be firmly rejected by the US and NATO – not just demands about the future, like a prohibition on more Central and East European (CEE) countries joining NATO, a commitment not to engage in military training and exercising with former Soviet states, and a commitment not to bring NATO forces into Central or East European territories or waters which Russia seeks to dominate, but much, much more. The clear message is that NATO should withdraw its forces from the Baltic states, revoke its membership pledge to Ukraine and Georgia, and maybe even remove US nuclear weaponry from the continent.

As always with Russia, the question one must ask is not what Russia is saying, but rather, why are they saying it?”

One explanation is that Putin believes the United States and its NATO allies lack the will to stop Russia. Therefore, why not proceed? After the disastrous withdrawal from Afghanistan, the announced American intention to pull out of Iraq, the fraught domestic politics of all major Western countries, from the US to Germany, and from the UK to France to Italy and Poland, Putin must believe that the West simply lacks the stomach or the domestic political backing to exercise power in defense of freedom in Europe’s East.

A second explanation is that Putin sees that Ukraine is divided. Even as Russian forces are gathering, President Zelenskyy is taking on two of the most powerful pro-Western forces in Ukraine – former President Poroshenko and Ukraine’s wealthiest businessman – while other, more notorious oligarchs remain in the shadows. A formal indictment of Poroshenko might come as early as this week. Ending Ukraine’s oligarchic politico-economic system is vital and long overdue. The goal should be a level playing field, backed up by the rule of law. But the current approach to de-oligarchization, as well as its timing during a period of increased Russian threats, only benefits Russia. Now is a time for all pro-Western forces in Ukraine to put aside their differences and work together to protect the country.

The third explanation is the most worrying. Putin loaded up his treaty proposals with demands he knew would be wholly unacceptable to Ukraine, Europe, and the United States – and proposed them anyway. It seems he was deliberately seeking a Western rejection of his proposals. Why? The fear must be that he wants to use military force. Perhaps he considers the Western response can be used as a pretext to justify new Russian military action against Ukraine, or some other step such as the annexation of Donbas, at a time of maximum advantage.

This worst-case explanation of Russia’s policy of extortion is what the United States and its NATO allies must take most seriously. The West should not only firmly reject Russia’s demands, but it must also make clear that it will not engage in any negotiations with Russia as long as Russia’s military forces are poised to strike. This is no way for a civilized nation to behave, and any use of aggression to impose one nation’s will on another sovereign nation must be met with absolute resistance. Putin will read NATO’s internal consultations, delay, and offer to negotiate as proof of weakness. NATO must not give Putin that encouragement.

To prevent a Russian military campaign, the West must take action now, not wait until it is too late. Yes, the consequences for Russia of a fresh invasion of Ukraine should be devastating; but even before such an invasion, there should be consequences for its extortionist demands, which could be lifted if Russia agrees to stand down. Immediate steps should include the following:

The risks of an expanded war in Ukraine this Christmas are very real; preventing it will require urgent action by the West, despite the Christmas holidays.