What Drives Belarus’ Overtures to Other Partners? Following a series of tense negotiations, in January 2020 Belarus failed to secure an important oil price discount from Russia, which has put significant strain on its economy. But while the disagreements dominated headlines about the Belarus-Russia relationship, many other seemingly insignificant events also occurred around the same time, all […] 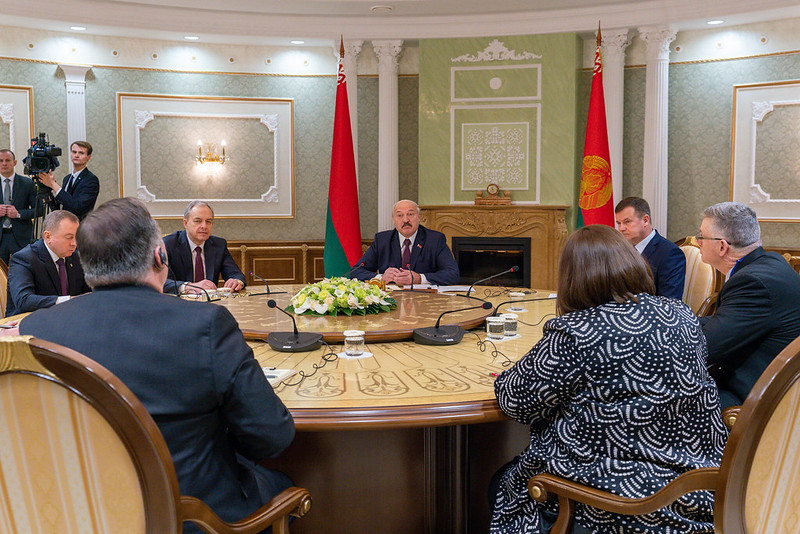 What Drives Belarus’ Overtures to Other Partners?

Following a series of tense negotiations, in January 2020 Belarus failed to secure an important oil price discount from Russia, which has put significant strain on its economy. But while the disagreements dominated headlines about the Belarus-Russia relationship, many other seemingly insignificant events also occurred around the same time, all of which feed into discussions about Belarus’ sovereignty.

Belarusian President Alexander Lukashenko faces elections in August this year, and while the result is a foregone conclusion—he has been in power since 1994—there is now increased pressure on the budget. Lukashenko recognizes the need to diversify Belarus’ economic portfolio away from dependence on Russia, which is driving Belarus’ growing engagement with alternative investment partners such as China and most recently, the United States. Although Russia does not appear to be particularly concerned about Belarus’ overtures to countries such as China, recent plans that may involve Washington could prompt more consternation from Moscow.

Belarus and the Union State

The Kremlin views Belarus as a firmly junior partner, part of a long-standing ‘Slavic Brotherhood’ that unites their countries but ultimately does not see Belarusian national identity as distinct from Russia’s. The Belarusian economy is also highly dependent on Russian crude oil, which it receives at a discounted rate and then re-exports at higher, market prices. Some weeks later Russia did resume a limited supply to Belarus, and in February agreed to compensate Belarus for some revenues lost. But Belarus’ failure to broker the discount was a stark reminder of its deep economic reliance on Russia.

Relations between Belarus and Russia been challenging since 2014, upon Russia’s annexation of Crimea. Although Belarus is technically Russia’s closest political and military ally, Lukashenko criticized the annexation, and since then hosted the Minsk peace agreements, designed to broker a diplomatic solution to the conflict in eastern Ukraine. One of the starkest signals that the relationship was in serious decline was in September 2017, during Belarus and Russia’s large-scale joint military exercises, called Zapad. Although the exercises were supposed to present a display of unity, Putin and Lukashenko tellingly chose to tour the exercises separately.

Russia is also pushing back on the significant subsidies it provides Belarus with, partly because of its own economic burdens – Russia’s financial support of Crimea and its interventions in eastern Ukraine and Syria are expensive. In 2018, Russia announced that it would be slashing taxes on exports and raising taxes on oil production, known as the “oil tax maneuver.” Belarus had been exempt from this production tax, and complained the new tax cost its economy 420 million dollars in losses that year.

But these disagreements seem small in comparison with Russia’s increasing attempts to deepen its political and economic integration with Belarus, by formalizing the Union State. This is a loose bilateral treaty that Russia and Belarus signed in 1999 to ensure they retained strong political ties, but in reality means little – although their militaries train together, their tax and political systems are separate. Russia has been pressing for this deeper integration for almost two years, but progress on the Union State is slow, with Lukashenko criticizing it as a threat to Belarus sovereignty. As a sign of deteriorating relations, Russia’s ambassador to Belarus, Mikhail Babich, was recalled in May 2019 after less than a year in post, during which he suggested that Belarus was a district of Russia and became increasingly critical of Lukashenko himself. Babich had been tasked with deepening Belarus and Russia’s economic and political links, through the Union State. To further pressure Belarus into a compromise, Putin, reinforced by newly-appointed Russian Prime Minister Mikhail Mishustin, has specifically linked any further energy discounts for Belarus to the condition that integration talks progress.

For Lukashenko, these Union State discussions appear to envisage a political future that does not include him. With this in mind, he is aiming to reduce Belarus dependency on Russian oil supplies to 40%. Most importantly, Lukashenko believes that only by balancing relationships with Russia and other partners will he be able to preserve Belarus’ sovereignty. He has tried to broker partnerships with other countries, with limited success.

China Staying out of It

China has been a useful economic investor for Belarus. China is primarily interested in Belarus’ rail links into Europe, rather than acting as a viable energy partner that could replace Russia. China’s main investment in Belarus is in the Great Stone technopark – Belarus’ largest foreign investment project designed to attract investors through a range of tax advantages and breaks. Companies such as China Merchants Group (CMG) are thought to be planning to invest up to $500 million in the park by 2020.

Belarus has managed to broker some major deals with Chinese financial institutions. This included a $500 million loan deal from the China Development Bank agreed in December 2019, just as Russia announced that it would be delaying its own $600 million loan to Belarus. At the time, Belarus’ Minister of Finance Maxim Ermolovich pointedly maintained that the Russian loan was no longer required.

Belarus is also stepping up its political engagement with China, and the appointment of ambassadors offers a window into Minsk’s approach.  Belarus’ new ambassador to Beijing, Mikalay Snapkow, was appointed recently, in January. He is close to Lukashenko, as he was his economics advisor and deputy head of the Presidential Administration. His remit is to deepen trade with China, particularly Belarusian exports, and his strong economic background indicates that Belarus is serious about finding the right person to make this happen.

But Moscow does not appear to be concerned by China’s investments. Most Chinese investments avoid directly impinging on Russia’s interests there, and China is not particularly involved in regional politics in Belarus. A greater concern for Russia is likely to be Belarus’ much more recent overtures to Washington.

The same time as all these developments were unfolding between Russia and Belarus, U.S. Secretary of State Mike Pompeo visited Belarus – the first U.S. Secretary of State to do so in over 25 years. The United States and EU have criticised Belarus’ human rights record for years and introduced rounds of sanctions in response, so senior delegations tend not to visit. But after Lukashenko agreed in 2016 to release some political prisoners, the EU eased most of its sanctions on Belarus.

Pompeo suggested that full diplomatic relations with Belarus could be restored, with a U.S. ambassador likely to be appointed; the Belarusian authorities had expelled the U.S. ambassador in 2008, after Washington introduced sanctions on Belarus. All seemed forgiven now though, with Lukashenko branding this a “misunderstanding.” Following Pompeo’s suggestion, Belarus followed suit, claiming that a new ambassador to the United States could be appointed in the coming months.

But the most interesting aspect of Pompeo’s visit was not his suggestion that the united States might be able to  meet Belarus’ oil requirements as an alternative to Russia, but his mention of the word ‘sovereignty’ and ‘independence’ in relation to Belarus. This sent an important message to both Belarus and Russia. Against Lukashenko’s criticism of Russia for impinging on Belarus’ sovereignty, and his attempts to carve out a Belarusian national identity, Pompeo appeared to echo Lukashenko’s words and tap into the same linguistic rhetoric around this issue. This may suggest that Washington is offering more than just economic support and might wade more deeply into the Union State discussion. This could certainly cause some frictions with Moscow, given its view of the Union State debate as an essentially Russian domestic problem.

Ultimately, the United States is unlikely to replace Russia as Belarus’ main energy partner, not least because its prices for oil and gas are far too expensive, even in comparison with Russia’s new, higher prices. Western investment also usually comes with strings, such as uncomfortable reforms, and Lukashenko is unwilling to liberalize the economy in a way that might relinquish his grip on power. But it will be worth watching the new ambassadorial appointments in Minsk and Washington, to determine how serious the United States is about renewing diplomatic relations with Belarus. Should Moscow feel that the Washington is inserting itself into the Union State conversation and coming up against Russia’s interests in the region, this may prompt Russia to shift its engagement in Belarus up a gear. 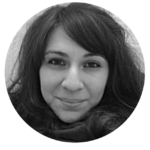