The Pandemic Prompts “Hybrid Federalism” in Russia Vladimir Putin has become largely invisible as COVID-19 cases spike in Russia. And in his absence, regional leaders have stepped into the void. The most prominent figure in the response to the crisis is not Vladimir Putin or his low-key prime minister Mikhail Mishustin. It was the mayor […] 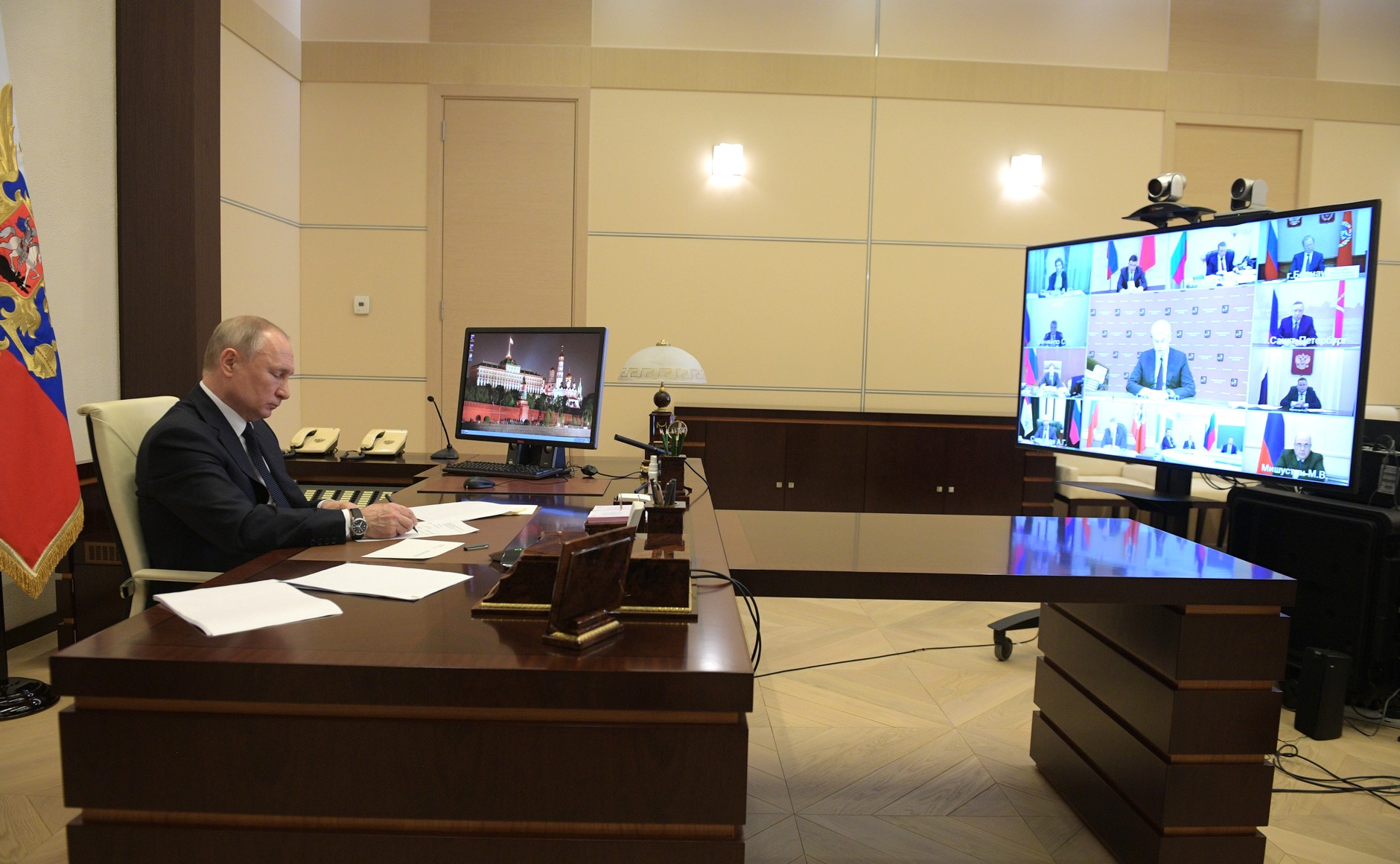 Vladimir Putin has become largely invisible as COVID-19 cases spike in Russia. And in his absence, regional leaders have stepped into the void. The most prominent figure in the response to the crisis is not Vladimir Putin or his low-key prime minister Mikhail Mishustin. It was the mayor of Moscow, Sergei Sobyanin, who convinced the Russian leader that COVID-19 represented a public health crisis and needed to be taken seriously — and then took the lead in the federal response. Other regional leaders have seized the initiative — and the limelight — too, prompting one commentator to speak of  “a parade of coronavirus sovereignties,” a reference to the late-Soviet phenomenon in which region after region declared autonomy from the federal center.

Chechnya’s strongman leader Ramzan Kadyrov, for example, has effectively cut off his fief from the rest of Russia, imposing a nighttime curfew and deploying pipe-wielding police to deal with lockdown violators. The Chelyabinsk region has likewise blocked inward movement. Nizhny Novgorod has established a system that takes digital surveillance to a whole new level by requiring residents to download scannable QR codes to leave their homes. Mayor Sobyanin is considering a similar requirement in the Russian capital.

The majority of confirmed COVID-19 are in Moscow, which sharpens the traditional antipathy many Russians feel toward Muscovites. Public intellectuals, bloggers, and commentators in Russia’s regions are increasingly calling for Muscovites to stay away — or for the capital to be sealed off from the rest of the country.

This does not necessarily reflect a decay in the Kremlin’s authority. In one of his three short addresses to the nation since the crisis began, Putin indicated that regional authorities would be given more authority to deal with the pandemic. Observers suggest that the Kremlin leader is reluctant to take drastic steps like declaring a nationwide state of emergency because it would harm his popularity. Better to let regional leaders take ownership for unpopular measures like lockdowns and quarantines. Igor Yakovenko, a former head of the Russian Journalists Union, referred to the phenomenon as an experiment in “hybrid federalism” in which governors who had been chosen for their loyalty and fealty are suddenly being asked to show agency and initiative — but only temporarily and only to address the coronavirus crisis.

And while forcing responsibility on underlings without giving them any real power has long been standard operating procedure for Putin, the stakes in a lethal pandemic are extraordinarily high.

The retreat of the federal center and the reemergence of the regions also has political consequences for the “power vertical,” the regime’s top-down authoritarian system. In a recent interview with Novye Izvestia the political strategist Gleb Pavlovsky, who advised Putin during his first two terms but has since fallen out of favor, downplayed its importance as a “propaganda meme,” describing it as “a kind of icon, you can pray to it [and] those who wish can continue to pray to it.” In reality, he said, “Russia is a regional country and there may not be many useful real federal decisions at this time.”

If Putin’s power is losing its mystique as the pandemic intensifies, Russia will emerge from COVID-19 as a different country. The Kremlin is signaling its awareness of this risk. In a move that appeared to be an implicit warning to regional governors that they still rule at his pleasure, Putin last week fired the leaders of the Arkhangelsk and Komi regions. And on April 6, Prime Minister Mikhail Mishustin pointedly prohibited regional leaders from closing their internal boundaries, warning them not to confuse regional powers with federal ones. The Kremlin’s struggle to combine autocracy, effectiveness, and legitimacy underlines an important truth: authoritarian kleptocracies are ill-equipped to deal with a global pandemic.

Photo: “A meeting with regional leaders to combat the spread of coronavirus in Russia” by the Kremlin under CC BY 4.0.