The West gives the Kremlin the initiative — and waits 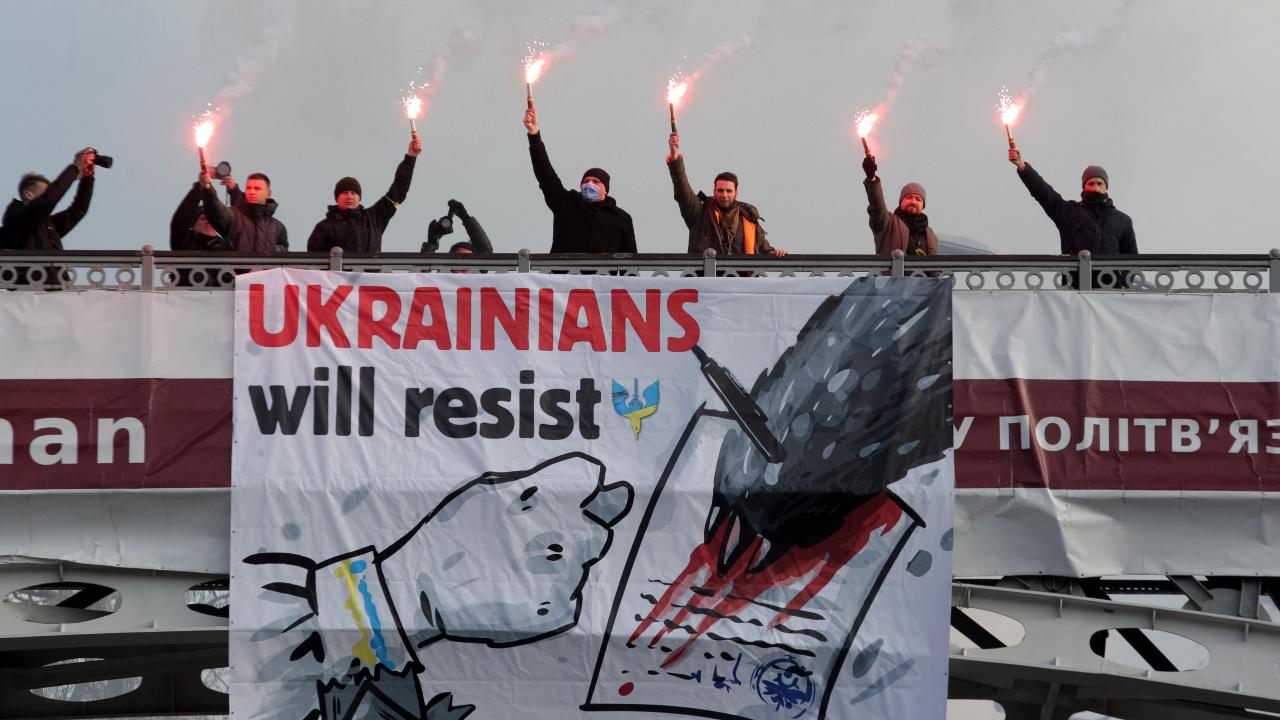 Photo: Activists burn flares during the 'Unity March for Ukraine' to show unity of Ukrainians amid the tension on the border with Russia and warnings of Russian invasion, in the center of Ukrainian capital Kyiv, Ukraine 12 February 2022. Credit: STR/NurPhoto

The Kremlin keeps us guessing. A big Russian military onslaught on Ukraine may be imminent. But the lesson of the past weeks is about the information war. Russia has successfully framed the discussion in Western diplomacy and the media, sowing dismay in Ukraine and division among its friends.

As a commentator, I try to fight back. Here are seven things I have stressed in dozens of interviews and phone calls in recent days that every foreign news outlet and decision-maker should know about Russia’s aggression against Ukraine and the West.