The government in Bratislava is winning plaudits from Ukraine and alliance allies for its tough stand against Russia’s aggression. 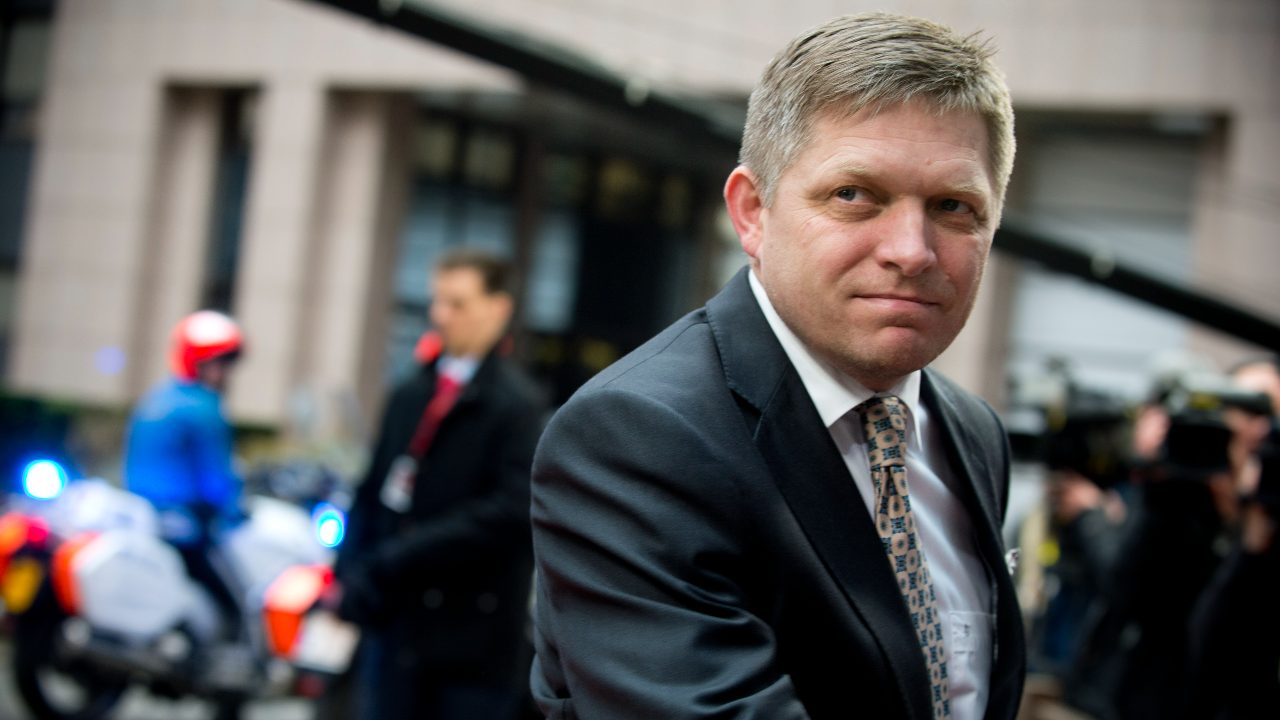 After prosecutors in Slovakia decided to charge the country’s longest-serving former prime minister and most notable Russia-friendly politician, Robert Fico, with serious criminal offenses, parliament in Bratislava will decide in the coming days whether to permit his arrest (the final decision on his detention will be made by a court).

Fico has been the leader of the NATO-skeptical elements in Slovakia and in opposition to moves to deploy an alliance battlegroup inside the country for the first time. The current Slovak government has adopted a leading role in supporting Ukraine militarily and diplomatically in its ongoing war with Russia.

Fico was charged on April 20, along with his former right-hand man and longtime interior minister Robert Kaliňák. The pair were accused of establishing, masterminding, and supporting a criminal group, abuse of power, and jeopardizing confidential tax information while in office. Fico is a sitting MP, and thus enjoys protection from arrest which only parliament may revoke. Kaliňák is not; his pre-trial custody was approved by Slovakia’s Specialized Criminal Court on April 23.

It is a remarkable setback for Fico, by some distance the most electorally successful politician in Slovakia’s modern history, but a man long dogged by allegations of campaign finance contraventions and unexplained or inappropriate ties to business tycoons (all claims he denies or dismisses).

The case against Fico is part of a much wider series of investigations that have swept up a former national police chief, a former top prosecutor, a former national tax administration chief, and a former deputy justice minister, all from Fico’s time in office, along with several politically well-connected tycoons. However, the prosecution of a former prime minister is unprecedented since Slovak independence 29 years ago, and will expose the justice system and, by extension, the political system to significant risk if the charges fail to stick.

Fico’s allies have been at pains to point out that he has not been charged with corruption. In characteristically vituperative style, he denounced the allegations as a “political vendetta” and even “fascism.”

He has appealed to European leaders to intervene; with no immediate result. When asked about the case on Czech TV over the weekend, European Commission Vice-President and Commissioner for Justice Věra Jourová declined to comment on ongoing legal proceedings, but did take strong exception to Fico’s misogynistic characterization of Slovak President Zuzana Čaputová as an “americká panička” (“America’s mistress”.)

Fico responded by doubling down, attacking Jourová, and accusing Čaputová, without offering any evidence, of “carrying out the orders of the US Embassy in Bratislava.” This might seem a curious strategy for someone trying to win international sympathy, but it accords with his language and demeanor since losing office in 2018.

Previously wary of being lumped together with populist governments in Hungary and Poland, Fico now publicly compares his plight to theirs. Most significantly, he retains support among a sizeable minority of the electorate.

The legal troubles of Fico, one of Russia’s most sympathetic interlocutors, come as Slovakia —appalled by the horrors taking place on its eastern border — has moved to all-out efforts to support Ukraine.

As early as the beginning of this year, Slovakia was engaged in a bitter political debate about whether it should sign a Defense Cooperation Agreement (DCA) with its main treaty ally, the United States. Its centrist government, while advocating for the DCA, was keenly aware of anti-American feelings and stressed that there was no prospect of any permanent US or NATO bases in the country. A strong pro-Russian lobby campaigned against the agreement, even doxing MPs who voted in support.

Just two months later, the DCA is signed and ratified, the presence of US and other NATO troops in Slovakia has been uncontroversially approved by parliament, and four Patriot anti-aircraft missile batteries (including one manned by US troops) protect Slovakia’s skies as part of a new Czech-led battlegroup, and the country has become an important ally of Ukraine.

The most obvious symbol of the latter policy was the government’s decision to transfer the country’s entire Soviet-manufactured S-300 anti-aircraft missile defense system to Ukraine in early April. It remains the largest single weapons system to have been donated to Ukraine by any foreign power so far since the current hostilities began two months ago. S-300s are already used by the Ukrainian armed forces, so Slovakia’s battery could be immediately integrated into its neighbor’s air defenses. It was supplied with 45 long-range surface-to-air missiles and exported by rail just prior to a visit to Kyiv by Prime Minister Eduard Heger on April 8.

Slovakia is also offering, along with the Czechs, to service and repair Ukrainian armored vehicles at its military workshops, and is in talks to export mobile artillery systems. By some measures, Slovakia is now among Ukraine’s leading military donors.

In a short video message in English, Ukraine’s President Volodymyr Zelensky thanked Slovakia for its support, and for welcoming Ukrainian citizens, more than 360,000 of whom have crossed the border since late February. Over 70,000 have accepted temporary asylum, which grants access to the Slovak social welfare, health, and education systems for at least three years.

On the diplomatic front, Slovakia has decisively broken with Russia, expelling 35 diplomats in late March and exposing a series of intelligence operations that Russian agencies had been conducting within Slovakia.

In a secretly recorded video released to the media, a man identified as an accredited Russian diplomat is seen soliciting information and contacts from a freelance writer for a prominent disinformation website (since closed), and then handing him hundreds of euros in cash. Perhaps more seriously, the former pro-rector of the country’s armed forces academy was also arrested and has reportedly confessed to having worked with Russia’s GRU military intelligence agency from 2013 until late last year.

These stings, apparently conducted by the military intelligence agency, will have gone some way to rebuilding trust among Slovakia’s allies in its covert capabilities, after decades of disastrous publicity for its counter-intelligence agency, the SIS, which has been struck by wave after wave of scandal since its establishment in the 1990s (most recently, its chief was arrested on corruption charges, and then controversially acquitted in highly politicized circumstances.)

Slovak Defense Minister Jaroslav Naď can also take some satisfaction from a backhanded compliment delivered by the videotaped Russian agent: when his recruit offers to cultivate contacts with the minister, the agent firmly rejects the idea. “Naď is dangerous,” the Russian spy said.

Fico’s wild claims about American influence in Bratislava notwithstanding, the current occupant of the US Embassy in Bratislava will soon be leaving: on April 25, the State Department announced that Bridget A. Brink, an experienced career diplomat who has served as ambassador in Bratislava since 2019, is to become the new US ambassador to Ukraine.

James Thomson is a columnist for The Slovak Spectator, the Bratislava-based English-language newspaper and website. He previously worked at BBC World Service Radio and Radio New Zealand, and as editor-in-chief at Eurozine, a network of European cultural journals.