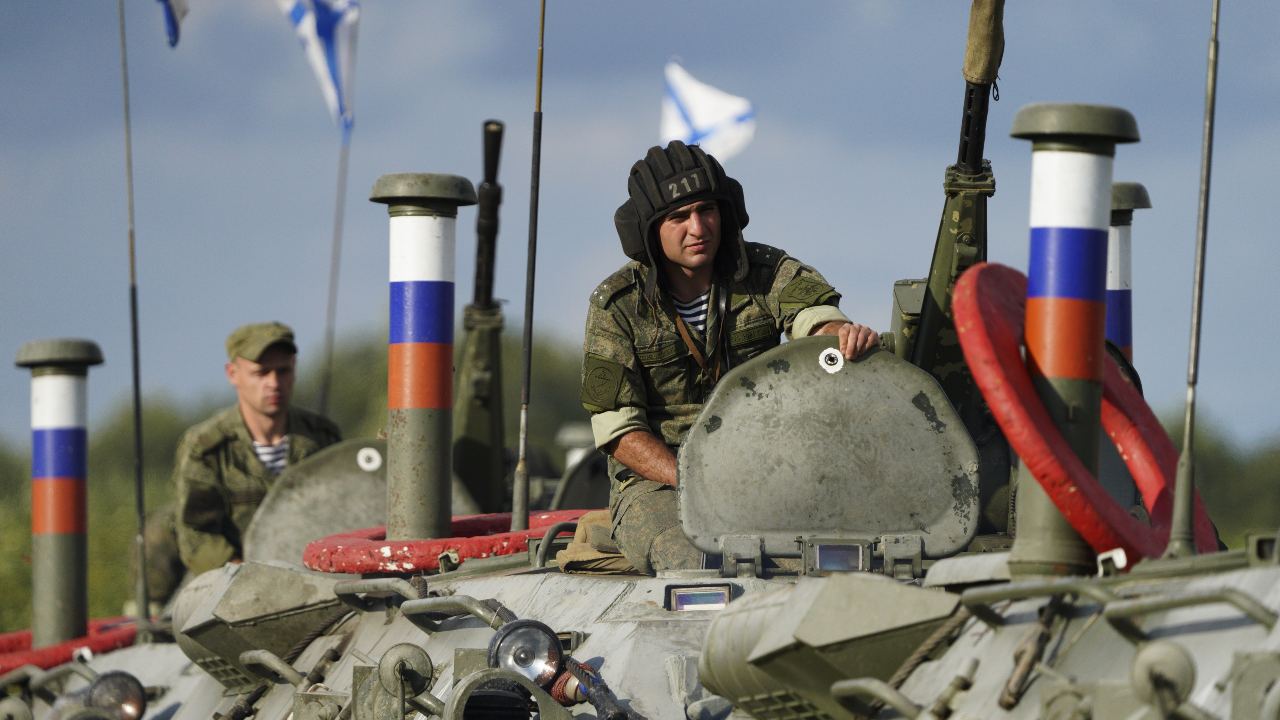 The live-fire elements of the Zapad-21 military exercises took place between 10-16 September across 14 training ranges in Belarus and Russia.

Western countries were not invited to observe the drills but it featured hundreds of troops from “friendly” states like India and Kazakhstan, among others.

The Zapad drills have always been about rehearsing operational-strategic warfighting at the regional level against NATO, with a particular focus on force mobility, joint operations across army branches, and high-level Command and Control (C2).

With the active phase of the Zapad-21 Russian strategic exercise now over, and Western attention subsiding, it is time to assess what U.S. and NATO policymakers should remember from this year’s drills.

1) Sealing the military deal with Belarus

While Belarus president Aliaksandr Lukashenka walked unwillingly into Zapad-17, this year he plunged head first into the drills. Not least because the geopolitical context has changed tremendously for him since the August 2020 presidential election and subsequent public upheaval.

With Belarus’ foreign policy options severely constrained with the West, Zapad-21 re-enshrined the military importance of the Union State and the increased military integration — if not the “merger” — between Russia and Belarus.

In September, both countries signed yet another strategic partnership that opens the way to greater military-technical cooperation and arms sales. Russia will not have a permanent base in Belarus after all, but the debate has now shifted. In March, Russia announced the creation of three joint training centers — one of which will open in Grodno in Belarus.

Russia could potentially use Belarusian territory for military operations towards Kaliningrad and other “Suwalki gap” scenarios still get plenty of policy attention in Western capitals. In the aftermath of Zapad-21, it will be interesting to look at what stays behind, namely whether Russian troops or hardware present in Belarus during the drills completely relocate to Russia or not.

It is one thing to leave troops behind, but it is another to pre-position fuel dumps or ammunition. This might be a telling sign of future Russian intentions with Belarus.

Every Zapad is the same: the official rhetoric sold by the Russian Ministry of Defense presents the exercise as “purely defensive in nature.” The drills might be, but the intentions behind them are not.

Again, Zapad is about fighting a technologically advanced peer or near-peer competitor (read, NATO and its allies) at the regional level — with the possibility of moving to strategic conflict and the use of nuclear weaponry.

The drills clearly send a message about the Kremlin’s willingness to defend Russian territory in case of aggression. This further needs to be contrasted with the recent comment by Deputy Foreign Minister Ryabkov that the United States is an “adversary.”

This is particularly relevant as the proposed scenario of this year’s exercises was an initial act of aggression from a coalition of states vaguely resembling NATO territory, against which the Union State of Russia and Belarus had to defend. And ultimately repel by organizing a counter-offensive through a regional combat grouping of forces.

The goal of the exercise is to show the ability of the Russian armed forces to move fast and well in a Western strategic direction. And while the Western Military District is the main actor in Zapad, it was also supported by troops from the Central Military District, reservists, and security forces such as Rosgvardia and the FSB.

Ultimately, Zapad signals to NATO and its allies that pre-emptive “enemy” operations will be met with decisive Russian force, which therefore raises the cost of deterrence.

Correction: A previous version of this article stated that the Grodno base would host Russian Su-30s rather than Baranovitchi base.

Zapad-21 tested the features of how Russia strategizes regional warfare against a technologically advanced competitor, honed by recent evolutions in military strategy and military thinking. This notably encompasses “active defense,” a theory officially introduced in 2019 by Chief of the General Staff of the armed forces Valery Gerasimov. His legacy (but not his doctrine) will undoubtedly be inscribed in the upcoming, updated Russian military doctrine.

Active defense is linked primarily to the pre-emptive neutralization of threats through limited action in order to counter perceived Trojan horses and other fifth-column color revolutions. According to this view, Western powers are seeking to undermine Russia’s political stability by instrumentalizing potential internal protest.

Such encroachments must be countered with pre-emptive force through a strategy of limited action, and notably by using asymmetric warfare capabilities, covert operations, and other non-conventional measures.

Both these features were rehearsed during Zapad-21, and lead to two observations. First, Russian military planners are increasingly thinking in terms of an initial period of war (IPW), a Soviet-inherited concept aimed at achieving operational surprise at the onset of a conflict.

Second, there is a renewed emphasis on peacetime pre-positioning of force and equipment, and combat readiness. Accordingly, past Zapad drills have always been linked to stress-testing strategic mobility and military logistics (especially railway and vertical mobility) with an onus on speed.

After the reduction of military support systems in the 2010s, the Russian armed forces are focusing again on peacetime organization and the pre-positioning of forces and equipment in key nodes in order to increase combat readiness and general preparedness. The latest example took place in Voronezh and Crimea earlier this year.

Zapad-21 offered a snapshot of how Russia operates at the operational-strategic level. Much has already been written about what happened on training ranges during the “hot” phase of the drills.

Beyond rapid deployment and combat readiness, the centerpiece of Zapad-21 related to testing the integration of Russia’s Command and Control (C2) systems, further to lessons learned on the battlefield in Syria and (less officially) in Ukraine.

This year, the drills prominently featured ground-air combined operations, air superiority, and air support missions, as well as the testing of multi-layered air defense capabilities and precision-guided munitions. These were strengthened with electronic warfare counter-measures as well as the integration of aerial drones and counter-drone capabilities.

5) The Arctic featured noticeably during Zapad-21

The naval component is always an integral part of Zapad and it did not disappoint this year. In particular, the Northern Fleet played an important role in and around Zapad-21. This falls within the context of the creation of OSK Sever (Northern Fleet Joint Strategic Command) in January 2021, which now operates as a new fully-fledged military district.

One of the notional enemies fighting the Union State of Russia and Belarus was dubbed the Polar Republic and (un)intended to loosely represent Nordic countries — notably Norway – and attacking Russia from the Barents Sea.

The Northern Fleet responded by carrying out its own Freedom of Navigation Operation (FONOP) in the European High North, with the clearly-established aim to defend sea approaches on the Kola Peninsula and ensure unhampered access to the Northern Sea Route (NSR), Russia’s main sea line of communication in the Arctic.

This is particularly important since military tension in the High North seems to be crystallizing around successive FONOPs and other demonstrations of uncontested regional access. After the US-UK joint operations in the Barents Sea in May 2020, the Kremlin is now expecting NATO to contest Russian claims over the NSR.

Zapad-21 has tremendous internal military value for the Russian armed forces, and notably incorporates lessons learned in the military and logistical sustainability of regional warfighting against a peer competitor.

Geopolitical propaganda aside, the Kremlin reportedly behaved this time and avoided the global positioning system (GPS) jamming and other provocative behavior from four years ago. The glimmer of hope is that Russia might be more willing to avoid miscalculation and tactical errors with NATO and its allies.