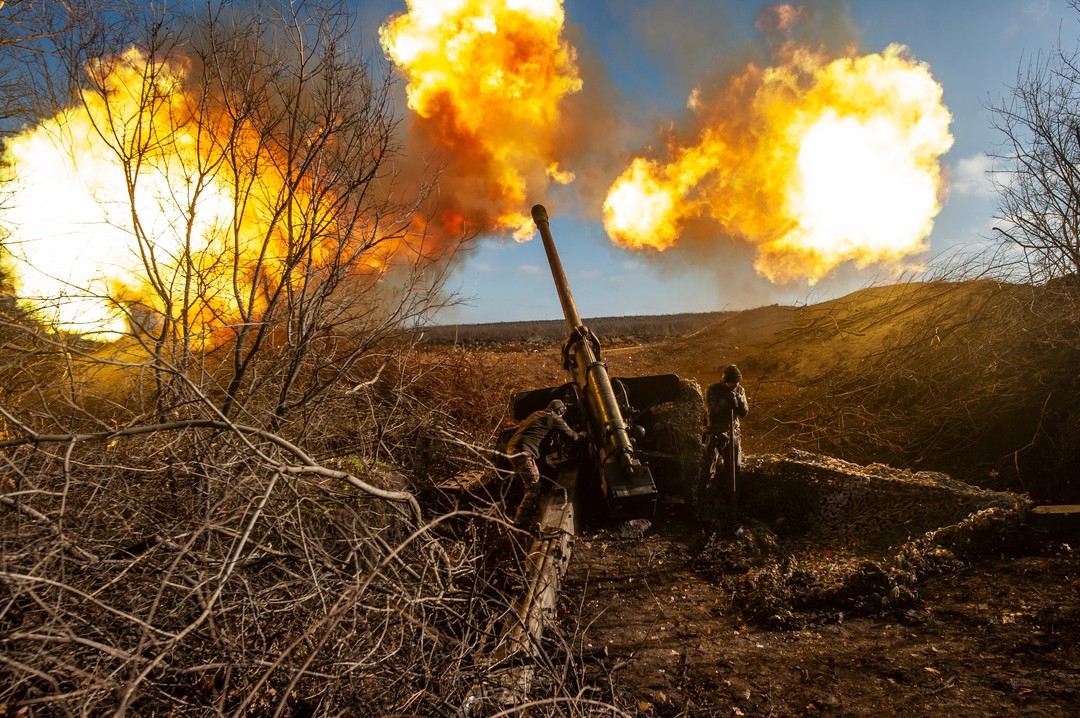 Heat speeds up decomposition. But in the military, it is cold that corrodes. As the temperature drops, it takes more effort to move about and you get hungrier more quickly. If supplies fail to match needs, morale sinks. Desertion, surrender, looting, and mutiny all start looking more attractive. Actual fighting, less so.

In the past, General Winter was Russia’s great ally. But now the cold months are helping Ukraine. Its soldiers are better equipped, better trained, better led, better treated, and therefore more highly motivated. Russians, by contrast, are paying the price for their system’s endemic incompetence and corruption. When you are wearing the wrong clothes, the cold bites hard. Just ask the Germans and the French, who invaded Russia wearing their summer uniforms. Modern technology makes things worse: the thermal signature of vehicles, and even human warmth, is more conspicuous to infrared cameras. Russians suffered from that at the tail-end of last winter, nine months ago. Now it will hurt them again.

Russia badly needs a pause to regroup and refit but has little chance of enjoying one: Ukraine is on the front foot now and will press home its advantage. Long-range strikes are having a devastating effect on Russia’s already-flimsy logistics. The longer this goes on, the higher the chance of a Russian military collapse. That will raise the stakes in the power struggle that is already going on in the Kremlin. It is bad to lose a fight in Ukraine. It is even worse to lose one in Moscow.

Putin’s options are narrowing. On the battlefield, Russia is redeploying the forces it withdrew from Kherson to reinforce its defensive positions and continue its costly attack on Bakhmut. Newly mobilized forces are arriving. But that is not the real frontline. Modern urban societies cannot survive without water, sewerage, and electricity. The Kremlin hopes that their systematic destruction will force Ukraine’s leaders into retreat. I hope our generosity when it comes to supporting Ukraine now, and rebuilding it in the future, matches the easy words of praise uttered for the country’s astonishing resilience.

The Kremlin’s other big hope is that Ukraine’s friends lose interest and cut their supplies of money and equipment. It is true that public support has shifted a little. But Rishi Sunak, Britain’s new prime minister, made a trip to Kyiv his top priority. The supposed isolationist tide in the Republican Party failed to rip through Congress. Left-wing Democrats who turned briefly squishy in their support for Ukraine quickly fell silent. The White House slapped down talk that it was trying to arm-twist Ukraine into talks with Russia.

This is a dismal outcome for Russia’s vaunted arsenal of “hybrid warfare” tactics. Over the past nine months, it has used energy cut-offs, propaganda, cyberattacks, and nuclear saber-rattling to cow the West. Nothing has worked. Overall, Western countries are stepping up their military and other support for Ukraine. It is much easier to back a winner than a loser.

Yet this is no cause for congratulation. The real question for the West is why it did not support Ukraine more, and earlier. It is also worth remembering how many warnings about Russia’s repressive, aggressive trajectory were ignored, over how many years.

We can see that Russian politics is nearing boiling temperature. A further mobilization, now being mulled by the Kremlin, may prove the tipping point. Putin, in my view, will not see another winter. The task for the West is to get ready for what comes next, whether it is a junta, a superficially friendly regime, or chaos leading to partial or even full disintegration of the Russian state.