Vladimir Putin’s war of aggression has brought the administrative middle classes into line. 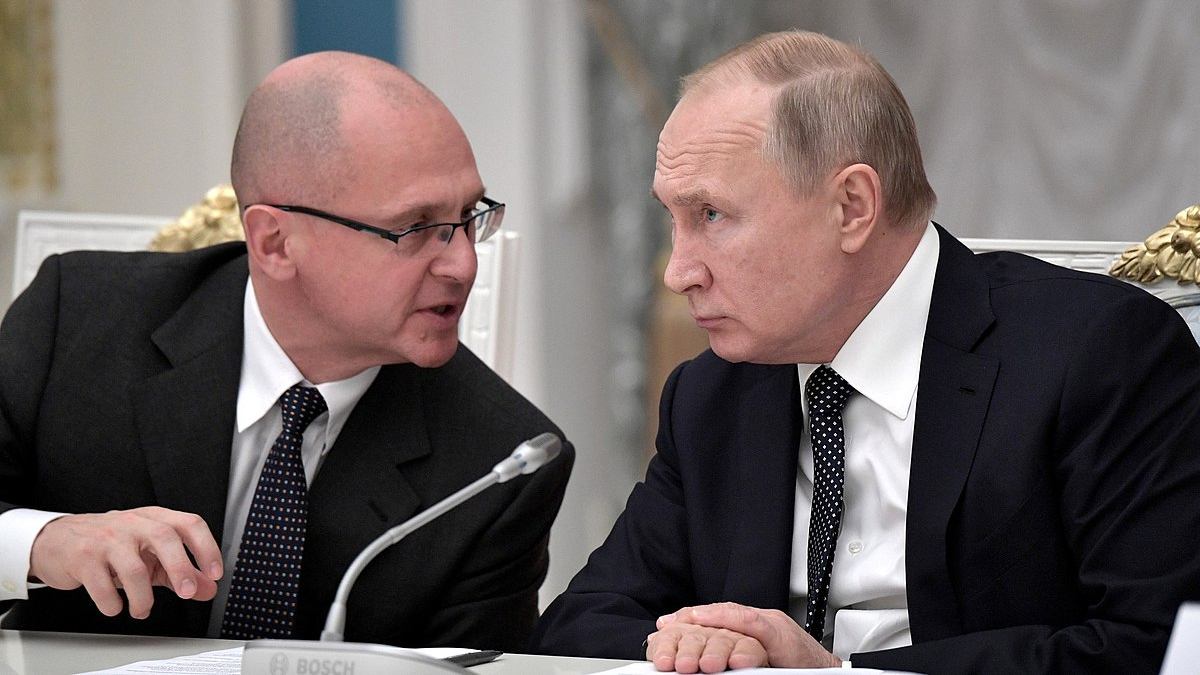 Photo: At a meeting of the Russian Organizing Committee "Victory". With First Deputy Head of the Presidential Administration, First Deputy Chairman of the Committee Sergey Kiriyenko. Credit: Kremlin.ru via Wikimedia Commons.

Sergey Kiriyenko was once known solely as an enthusiastic technocrat, a rarity among Russia’s security dominated elite. Speaking in 2018 at a competition to identify sharp young administrators, a beaming Kiriyenko hailed the assembled economists and mathematicians as “the ruling elite of the country.”

Kiriyenko is now more likely to go down in history as an imperial viceroy of Ukraine. According to media reports, Russian President Vladimir Putin has appointed the ex-associate of murdered opposition politician Boris Nemtsov as the top bureaucrat in charge of the management and integration of newly occupied Ukrainian territories.

The transition is more the rule than the exception. The technocratic and at times liberal-leaning members of Russia’s elite appear to have tacitly sided with the Kremlin on Ukraine, propelled by a mix of ambition, propaganda, and pragmatism. Their shift means that Russian administrators are united with Putin’s security elite, a fact that will likely strengthen his hand in Ukraine and challenge Western efforts to put pressure on Russia.

The new pro-war party is in part a product of ambition. Prior to the war, Kiriyenko’s position as head of a domestic politics unit within the Kremlin meant he had little to do with foreign policy. Indeed, according to news reports, his staff was braced for budget cuts amid pressure from Russia’s security elites to cancel gubernatorial elections in September.

Stealing a march on his military rivals, though, Kiriyenko battled back to the top by reinventing himself as an arch-conservative. In a private meeting with Putin, he advocated his ideas on administering Ukraine and presented himself as a true believer in the president’s war, according to a source cited by the Russian independent outlet Meduza. “Kiriyenko duly understood how to fit himself into the presidential agenda,” another source said.

Ex-president Dmitry Medvedev, once considered a more moderate figure, has gone even further, writing of Ukraine: “They are bastards and scum . . . as long as I’m alive, I will do everything to make them disappear.” The statement is hardly what observers might have expected from a man who once toured Silicon Valley and sat down for a burger with former President Barack Obama.

Other members of Russia’s administrative class may be propelled by Moscow’s own propaganda on Ukraine. Speaking days before the invasion of Ukraine, one government official told Meduza that yielding on Ukraine would be “buckling before America.” Ex-Russian diplomat Boris Bondarev stated in an interview with The New York Times that his ex-colleagues reacted to tensions with the West by chuckling and saying, “This is about values . . . They think that if you hit some village in America with a nuclear strike, then the Americans will immediately get scared and run to beg for mercy on their knees.”

The technocratic elite’s main motivation for going along with Putin may also be the simplest, though: they see no other option.

“The costs of opposition are simply too great,” according to David Szakonyi, a George Washington professor whose research focuses on the Russian political economy. “Because there are no real collective bodies for the opposition in Russia, Putin’s regime can easily repress any elite that falls out of political line.”  So far only two senior-level politicians have left their posts: Anatoly Chubais, an official widely hated for his past role in market reforms, and ex-Kremlin official Arkady Dvorkovich.

By contrast, continued employment in Russia’s bureaucracy offers employment and the chance to press forward on various domestic programs. “The Putin government still prizes economic stability above all else and key members of the technocratic elite, starting from Central Bank Chair Elvira Nabiullina and Mikhail Mishustin and then moving downwards, are still empowered in their positions to pass tough measures,” according to Szakonyi.

The cohesion of Russia’s elite poses an issue for the West in its attempts to end Russia’s war in Ukraine. If Putin can continue to rely on his technocrats and administrators to keep Russia running, he has little reason to moderate his war aims.

His technocrats’ loyalty may even serve to increase Russia’s edge, for instance by finding more money in the economy to fuel the rearmament and training needed to sustain its war effort. Should the West seek to impose maximum pressure on Russia, it will likely have to consider ways not only to disrupt the country’s war apparatus, but to influence its technocrats as well.

Sam Skove is an independent journalist specializing in Russia, military affairs, and disinformation.