Central Asia’s leaders are airing disagreements with Putin. They have reason to be worried about Russia. 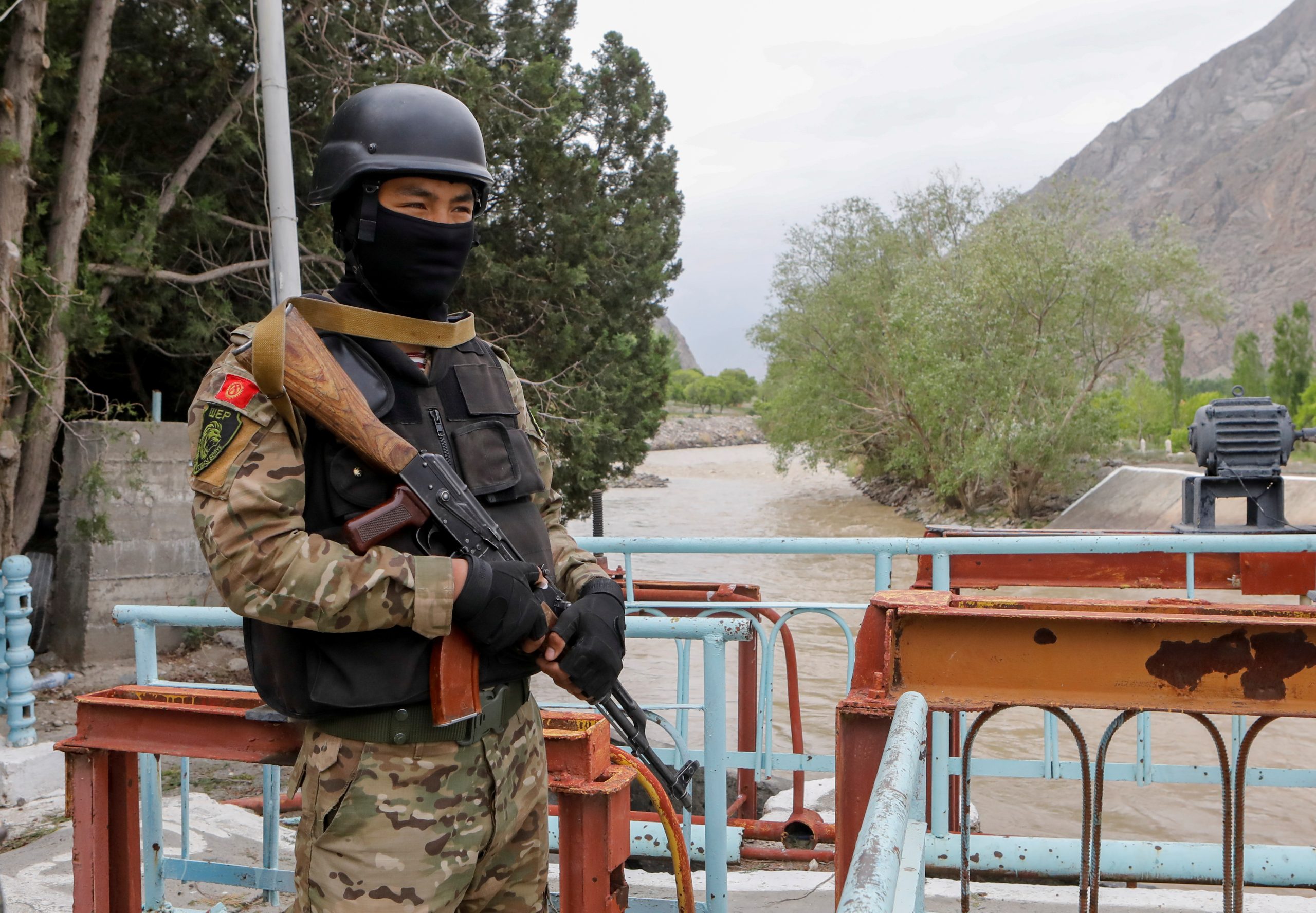 Photo: A service member of Kyrgyz special operations forces stands guard near Golovnoi water distribution facility outside the village of Kok-Tash in Batken province, Kyrgyzstan May 5, 2021. The clashes broke out last week along the frontier between Tajikistan's Sughd province and Kyrgyzstan's southern Batken province because of a dispute over a reservoir and pump, claimed by both sides, on the Isfara River. Credit: REUTERS/Vladimir Pirogov

Political instability is increasingly the norm in Central Asia.

In the fall of 2020, Kyrgyz President Sooranbay Jeenbekov’s administration crumbled in the midst of mass protests disputing the October parliamentary election results. In the spring of 2021, Kyrgyzstan and Tajikistan became embroiled in a deadly border skirmish. Later that same year, the Islamic Republic of Afghanistan (predictably) imploded as US and coalition forces sought to fully withdraw, paving the way for the Taliban’s return.

Several months later, in January this year, a bout of violence gripped Kazakhstan. In response to what appears to have been an attempted coup instigated by a rival faction within the government, President Kassym-Jomart Tokayev requested that the Russian-led Collective Security Treaty Organization (CSTO) deploy forces to restore order. In July, Uzbekistan’s President Shavkat Mirziyoyev declared a state of emergency in the Republic of Karakalpakstan, after the eruption of mass protests in the city of Nukus in anticipation of the central government’s attempt (since rescinded) to revise the region’s autonomy via constitutional amendment.

Russia’s invasion of Ukraine has compounded the situation. Pre-existing concerns about Russia are now elevated, and some Central Asian leaders (such as Tajikistan’s President Emomali Rahmon) are publicly expressing their concerns with President Vladimir Putin.

At a recent CSTO summit in the newly renamed Astana, Rahmon pleaded for Russia’s help and for the Kremlin to treat the Central Asian republics with greater “respect”, namely through greater investment. While some argue that Rahmon’s comments — alongside Tokayev’s tactfully-worded disagreement with Russia’s actions in Ukraine at the recent St. Petersburg International Economic Forum — signify that Russia’s influence over Central Asia is lessening, the “Stans” still remain firmly within Russia’s zone of influence.

The “linkages” connecting Russia to Central Asia are extensive, and none of the Central Asian CSTO states (i.e., Kazakhstan, Kyrgyzstan, and Tajikistan) have withdrawn from the pact. In fact, none of the “Stans” voted against the Kremlin in the United Nations General Assembly’s March 2022 vote, which condemned Russia’s invasion of Ukraine. Furthermore, although none of the Central Asian republics have endorsed Russia’s annexation of parts of Donetsk Oblast, Luhansk Oblast, Zaporizhzhia Oblast, and Kherson Oblast, none voted against Russia’s “attempted illegal annexation” in the UN General Assembly either. In essence, the “Stans” (some of which Russian citizens have fled to, like Kazakhstan, in the hopes of evading Putin’s “partial mobilization”) are not balancing, but merely hedging, since they have nowhere to go. All that Central Asia’s leaders can do is voice their concerns about Russia, and it appears that they must speak up in forums while Putin is physically present for their words to have any effect whatsoever.

None of the Central Asian republics want to be dragged into a war against Ukraine or to face Western sanctions, and all the “Stans” are worried about whether the Kremlin’s latest land grab in the Donbas and beyond signifies that it is embracing a revanchist outlook towards other post-Soviet countries. (This won’t have been helped by Putin’s September 29 speech, in which he said of Russian speakers living outside the Russian Federation, “There is nothing stronger than their determination to return to their true historical homeland.” What is Kazakhstan, with its 3 million-plus Russian population, to make of that?)

The Russo-Ukraine war has badly damaged Russia’s standing in Central Asia and the Caucasus, and the most recent border skirmish between Kyrgyzstan and Tajikistan last month reveals that neither Russia nor the CSTO is willing or able to resolve disputes among the “Stans”.

But perhaps most importantly, Central Asia’s leaders must worry that if Putin’s hold on power begins to waver or Russia’s economy sinks into a deeper recession, then an unparalleled wave of instability — rooted in Moscow’s inability to manage regional security challenges and fueled by enhanced hegemonic rivalries — could wash across the wider region.

In this sense, the Central Asian republics have reason to be worried about a future, weakened Russia.

The opinions expressed in this article are the author’s and do not represent those of the UAE National Defense College.