The International Criminal Court (ICC) is gathering evidence of Russia’s extensive war crimes in Ukraine, but jailing the guilty will be an arduous process. 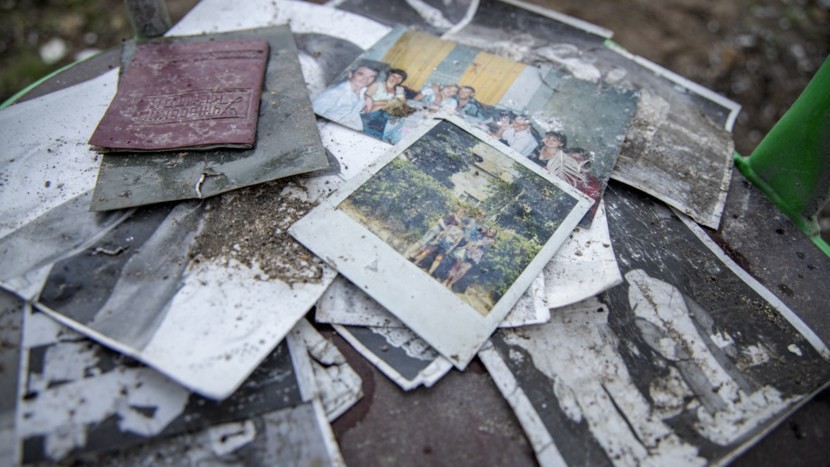 It is now 14 years since Russia’s invasion of Georgia, accompanied as it was by the familiar litany of Kremlin-instituted brutality and war crimes. Earlier this month, the ICC issued warrants for three senior figures in the puppet government of South Ossetia on charges of unlawful confinement, torture and inhuman treatment, outrages upon personal dignity, hostage-taking, and the unlawful transfer of civilians.

Making the announcement of charges, the court’s Prosecutor, Karim Khan, made a direct link to current events, noting “similar patterns of conduct during [the ICC’s] preliminary examination of the situation in Ukraine. I remain profoundly concerned about ongoing allegations of international crimes occurring amidst active hostilities in Ukraine today.”

Yet it was hard to ignore the key detail; none of the three are in ICC custody and Russia, as the architect of the Georgian campaign, is unlikely to surrender them. That’s not to say the men will be free forever (after all Yugoslavia’s war criminals looked unlikely ever to be brought to justice, although they eventually were), but it will likely be a long road before Russian soldiers and spies appear in the dock.

At least the critical work needed to bring that moment closer is underway. More than 40 countries have asked the ICC to act, and a number have also made funds available for the work.

The ICC is an international tribunal responsible for investigating and arraigning individuals charged with grave crimes like genocide, war crimes, crimes against humanity, and the crime of aggression. Its founding document, the Rome Statute, was adopted in 1998 and states that although each country should exercise criminal jurisdiction over those responsible for international crimes, the Court can intervene when a state is unable or unwilling to do so. Currently, 123 states are party to the statute, but this excludes key nations like Russia, China, India, the United States, and Ukraine, because they argue it undermines national sovereignty.

Crucially while Ukraine is not a party to the Rome Statute, it has accepted the court’s jurisdiction on two occasions. The first instance was from November 2013 to February 2014, and the second from 2014 onwards. Following the full-scale Russian invasion on February 24, the ICC Prosecutor announced he would open an investigation. Given the two previous instances when the ICC’s jurisdiction was accepted, there is precedent for a new case addressing the alleged war crimes Russia has committed in Ukraine. Legal experts anticipate the Court could begin a case on the alleged war crimes as early as this winter.

Since the invasion, the UN High Commissioner for Human Rights (UNHCR) has recorded 5,024 civilian dead, including 302 boys and girls, even though the true total is likely much higher. On numerous occasions, the Russian army has been accused of targeting civilian buildings, something that is illegal under international law. The ICC now has to begin collecting evidence on everyone from Russian foot soldiers to generals.

While the ICC has done valuable work from Colombia to Nigeria, it suffers a key flaw — it cannot enforce judgments against states. This means even if the court concludes the Russian military has committed war crimes in Ukraine, the average Ukrainian will likely never receive any kind of compensation for their pain and suffering. The court has no police force or mechanism to compel Russia to pay, so victims are unlikely to ever see a cent, at least from ICC proceedings. Furthermore, because Russia is not a party to the Rome Statute, it is unlikely to acknowledge the court’s verdict.

Some experts have argued for a more creative but potentially illegal solution: use seized Russian assets to compensate Ukraine. Russia stashed around $300bn of central bank reserves abroad, mainly in Europe, hoping that the funds would provide a rainy-day reserve in the event of further Western sanctions. Instead, they were surprised to see European institutions swiftly freezing the funds, providing a potentially large amount with which to compensate Ukraine for Russian-inflicted destruction, estimated by Ukraine at some $750bn. Countries on NATO’s Eastern Flank, like the Baltic states and Slovakia, have suggested seizing these funds, but the idea has run into resistance in the Biden administration, which worries about the legal implications, as set out by US Treasury Secretary Janet Yellen.

Despite these problems, there is still value in bringing an ICC case against Russia because of the message it would send. The symbolic rewards of trying Russian military members might be the next best thing for Ukraine after monetary damages. This would give the Ukrainian people an opportunity to share their experiences from the war, and to have their day in court, while also giving a global public opinion the chance to judge the credibility of Russia’s defense. The case could draw attention to details of the war that may have been previously overlooked by many.

The horrific images of the war in Ukraine are undoubtedly only the tip of the iceberg when it comes to Russia’s crimes. From targeting innocent civilians and children, to apartment buildings and hospitals, Russia has visited shameful suffering on a peaceful neighbor. The ICC is as good a venue as exists to deliver judgment.