Worthy targets for respect in Russia abound, including the bewitching language and literature, natural beauty, art, music, and humor. But more recently the country is magnificent mostly despite, rather than because of, the way it is run. Communist jargon debased the language. Communist industrialization despoiled landscapes and cityscapes. Soviet censors and secret police persecuted the […] 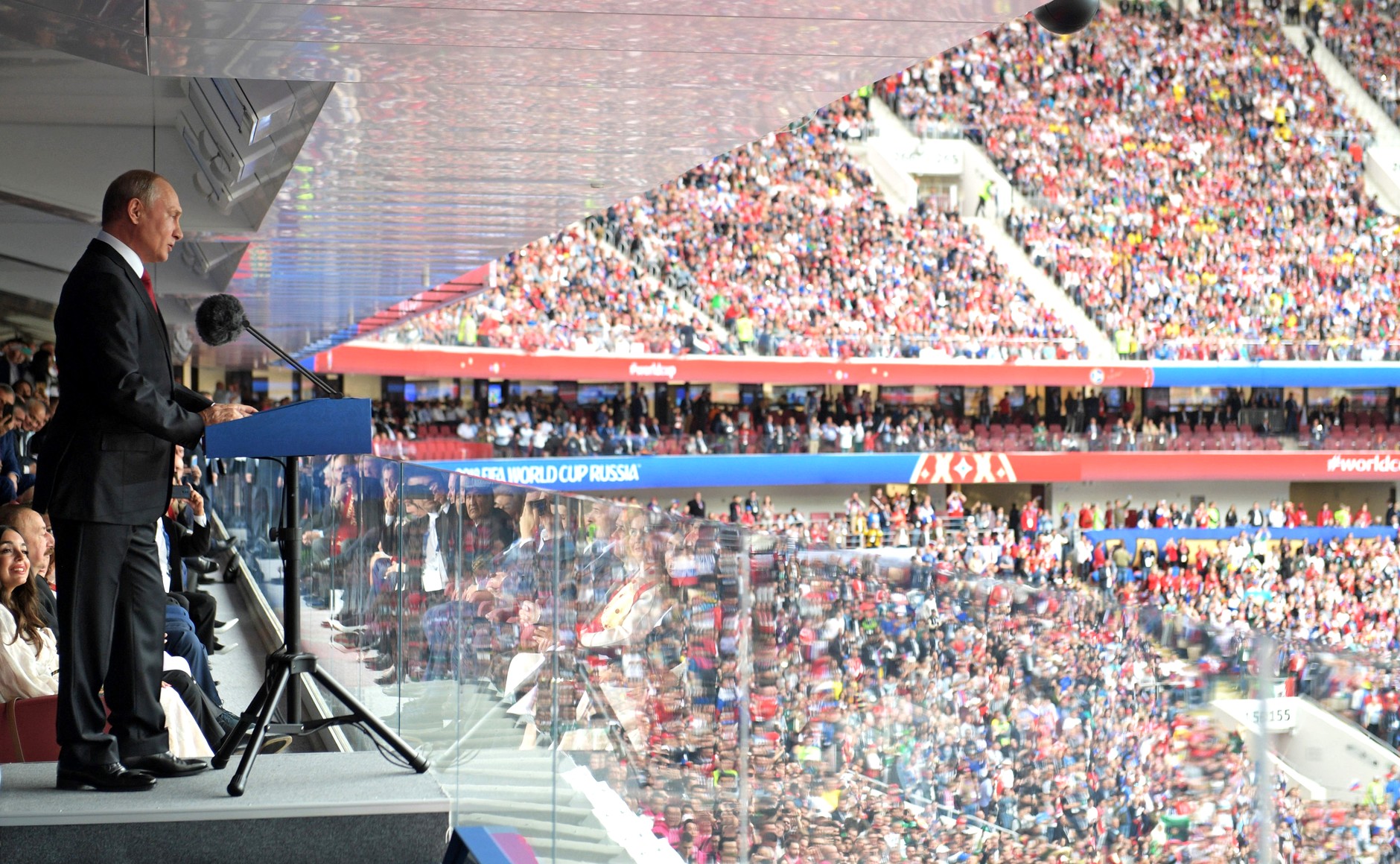 Worthy targets for respect in Russia abound, including the bewitching language and literature, natural beauty, art, music, and humor. But more recently the country is magnificent mostly despite, rather than because of, the way it is run. Communist jargon debased the language.

Communist industrialization despoiled landscapes and cityscapes. Soviet censors and secret police persecuted the brightest stars in the Russian firmament, such as Anna Akhmatova and Boris Pasternak, while many others lived abroad. The brilliant black humor of the “anekdoty,” stories that mocked Soviet cruelty and idiocy, displayed great bravery and wit, but they hardly outweighed the misery that sparked them.

Behind the bombast, Soviet “achievements” often do not bear much inspection. Industrialization was based on slave labor; the space program was little better (read Alexander Solzhenitsyn’s The First Circle to see how Soviet scientists worked). The sacrifice and heroism of the Second World War are unquestioned. But the glory there belongs to the people—Russians, Ukrainians, and others—not to the monsters who ran the country, not least because Stalin’s alliance with Hitler paved the way to the war.

Respect is also thin on the ground because modern Russia depicts its birth as humiliation, not liberation. Vladimir Putin’s great achievement since 1999 has been to ride a wave of national recovery based on buoyant energy revenues, cynical political manipulation, and increasing doses of xenophobia. The 1990s (which not only made Mr. Putin rich and powerful, but also integrated a democratic Russia into the civilized world) are now dismissed as the humiliating aftermath of the economic, political, and strategic disaster of the Soviet collapse.

Russia showed it can splurge money on grandiose projects. But in past years this did not deliver the yearned-for respect. For outsiders, the abiding memories of the Sochi Winter Olympics in 2014 were not sporting triumphs, but colossal corruption in the construction work and the ingenious doping of Russian athletes.

The military intervention in Syria showed that Russia was no longer constrained by its borders. The annexation of Crimea delivered a huge dopamine hit to the public: finally, Russia was getting bigger rather than smaller. But instead of respect, outsiders responded to these military triumphs by increasing their defense spending.

Russia reacted badly to this, claiming that the West was paranoid. This highlighted an essential and seemingly eternal paradox of Kremlin policy towards the outside world. Russia’s leaders want respect, but inspire fear.

The international soccer tournament, however, showed a different side to Russia. Hundreds of thousands of fans attended. Instead of a muddy wasteland dotted by starving dogs gnawing the frozen corpses of mafia victims, they were surprised to find excellent public transport, modern cities, a thriving service sector, and friendly people.

Admittedly, some of this was a Potemkin village. Russian police are not normally that friendly, especially when faced with large, spontaneous gatherings in public spaces. The fearsome local football hooligans were kept at home. Ukrainians and others tried hard to remind the sports fans that Russia has scores of political prisoners; fighting in Ukraine continued through the tournament.

Still, Russia’s image abroad improved. But the outside world’s image inside Russia changed too. It will be far harder for the Kremlin propagandists to keep portraying their country as a besieged fortress, beset by perverts. Most importantly, Russians learned that you gain that yearned-for respect not by terrorizing people, but being helpful and reliable. A bit of that in Russian foreign policy would be revolutionary.