Russia’s Collapse? Good News for Everyone

Russia’s dissolution may happen quite swiftly. The West must not seek to delay the inevitable. 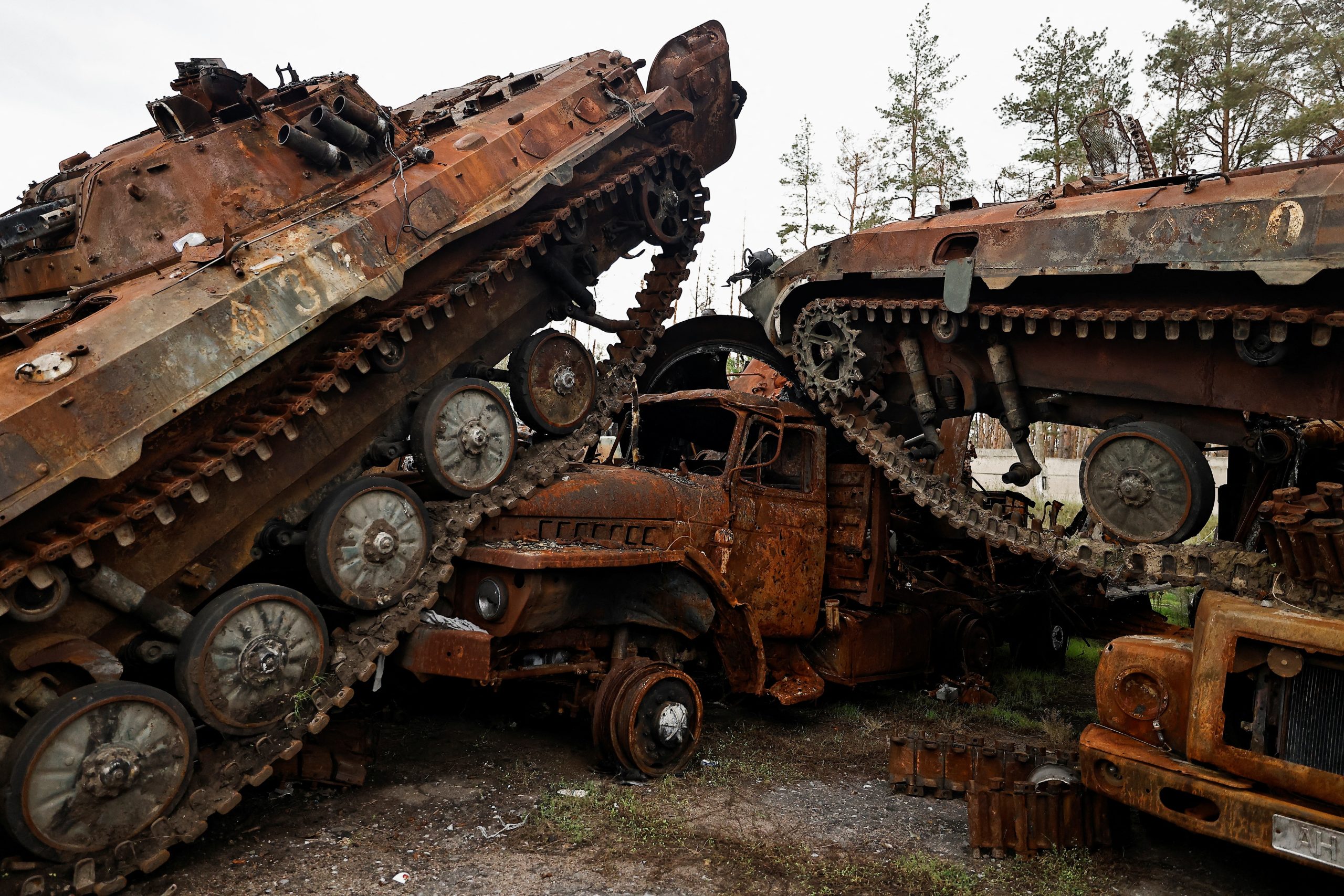 Ukraine’s parliament recognized the independence of Ichkeria (Chechnya) on October 18, stating that it was “temporarily occupied”, and accusing Russia of committing genocide against its people. This was not a chaotic or empty political gesture — for some years, Ukraine has supported the right to self-determination of all Russia’s colonized nations.

The truth about empires is not only that they collapse, but that they collapse unexpectedly and ultimately in avalanche tempo. The title of a great book by Alexei Yurchak, Everything was forever, Until it was no more, dedicated to the fall of the Soviet Union, well describes this paradox.

Another rarely recalled truth about imperial collapse is that many foreign leaders deny reality until the very end. On August 1, 1991, President George H. W. Bush visited the Ukrainian Soviet Socialist Republic, in a speech later nicknamed “Chicken Kiev” by non-admirers, and asked Ukrainian parliamentarians to remain calm and within the Soviet Union. Three weeks later, Ukraine proclaimed its independence. Soviet collapse was close and inevitable, but the West failed to see this and was therefore unable to turn events to its advantage.

Moreover, the fear of instability so blinded the West that the new republics were forced to transfer nuclear weapons on their territory to Russia, which was considered, quite wrongly, as an isle of stability. The West thereby allowed a mini-Soviet Union to emerge, with all its phantom limb pains and very real nukes. Yet while there were fears — with some reason — that the patchwork post-Soviet map would provide fruitful soil for war, almost every conflict following the collapse of the USSR was Russian-ignited: Transnistria in 1992, Abkhazia in 1993, Ossetia in 2008 or Ukraine in 2014-2022 were all the responsibility of the Kremlin.

It seems that developments within the Russian Federation are eerily similar to those 31 years ago, and again raise the specter of collapse. The West is once again afraid of what might follow a Russian dissolution (remember the country is composed of 83 administrative areas, including 21 republics), and is deeply anxious about the ability of new(ish) nations to make sovereign decisions. Both attitudes are deeply flawed, whatever the leaders of Germany and France may think.

One of the most conservative approaches to state law, that of Germany, says, that a state has three legs: the state nation (Staatsvolk), the state area (Staatsgebiet), and state power (Staatsgewalt). One needs a nation that identifies itself with the state, it should have more or less clearly defined borders, and be able to apply control to this territory. The current Russian Federation already has many nations according to this very strict definition.

Take Tatarstan. Article 1 of its constitution declares that Tatarstan is a democratic state, and stresses that the union with the Russian Federation is treaty-based, and agrees on the separation of powers.

The constitution of Yakutia (Sakha) says the same in its Article 1, and notes that the republic has a right to national self-determination. Over a dozen other republican constitutions — from Altai in the far east to Karelia on the border with Finland — follow this norm: the republics are democratic states, which (currently) are parts of the Russian Federation. Most stress that the borders of the republics are clearly set and cannot be changed without their acceptance.

Indeed, 15 of these regions, from Karelia to Chuvashia, proclaimed their sovereignty in 1990-91 but did not have enough power and will (and also foreign support and understanding) to fulfill their wish.

It could be different this time. Take the case of Bashkortostan. Its constitution guarantees its sovereignty. It has an executive head (until 2015, with the title of a president), a Supreme Court, and a State Assembly (parliament.) Bashkortostan has a coat of arms and a flag, but also an unofficial symbol, a musical instrument called the kurai. Its language is part of the Turkish linguistic group, and is still used by the population. Bashkirs also have their national idea of resistance to Russian imperialism — indeed uprisings occurred with such frequency that the Russians even tried to prohibit Bashkirs from becoming blacksmiths, in order to prevent the production of weapons.

The Bashkir military leader Salavat Yulayev was the right hand of Stepan Pugachev, whose 18th century uprising shook Catherine II’s empire. Now hundreds of streets carry Yulayev’s name, and so too does Bashkir’s main ice hockey team and many local companies. And national resistance lives on; in 2020, Bashkirs fought attempts by Russian chemical companies to destroy four of their holy hills, the Shikhany, in order to mine sodium carbonate. After months of road blockades and violent clashes with Moscow’s riot police, the plans were abandoned. This month, several Bashkir groups, which participated in Shikhany protests in 2020, proclaimed armed resistance to what they called the “occupation and genocide of Bashkortostan”, and called for attacks on Russian military and political offices.

In 1991, the weakness of the central authorities in Moscow and the lingering feeling of unfair treatment caused the collapse of the Soviet Union. Now, as ethnic minorities pay the highest toll in blood for the Russian-instigated war against Ukraine, and with Moscow once again seemingly weak, local elites will have the same opportunities to exploit as in 1991, and may decide to ride a wave of public unrest, and demand independence. This collapse of the Kremlin-centered empire will be good for everyone, eliminating the very fundament of imperial wars in the region. Even Russians will profit, as they will be freed from an autocratic and militarist empire indifferent to their welfare.

As new countries rise up, those with strong contacts with current local elites will reap the benefits of this post-Russian era. Until now, this has only really meant Ukraine — a country that played such a seminal role in the downfall of the Soviets.

If the West does not want to lose the post-Russia space, as it has in the past, it should support this natural evolution.

Sergej Sumlenny is a German political expert with a particular focus on security and energy policy in Russia and Eastern Europe. From 2015 to 2021, he was an office director for Ukraine and Belarus at the German Heinrich-Böll Foundation. He holds a doctoral degree in political science.