Russian Power Wanes in the Borderlands

The first half of September 2022 may well go down as the fatal moment Russia’s lost its ability to dictate terms in its former empire. 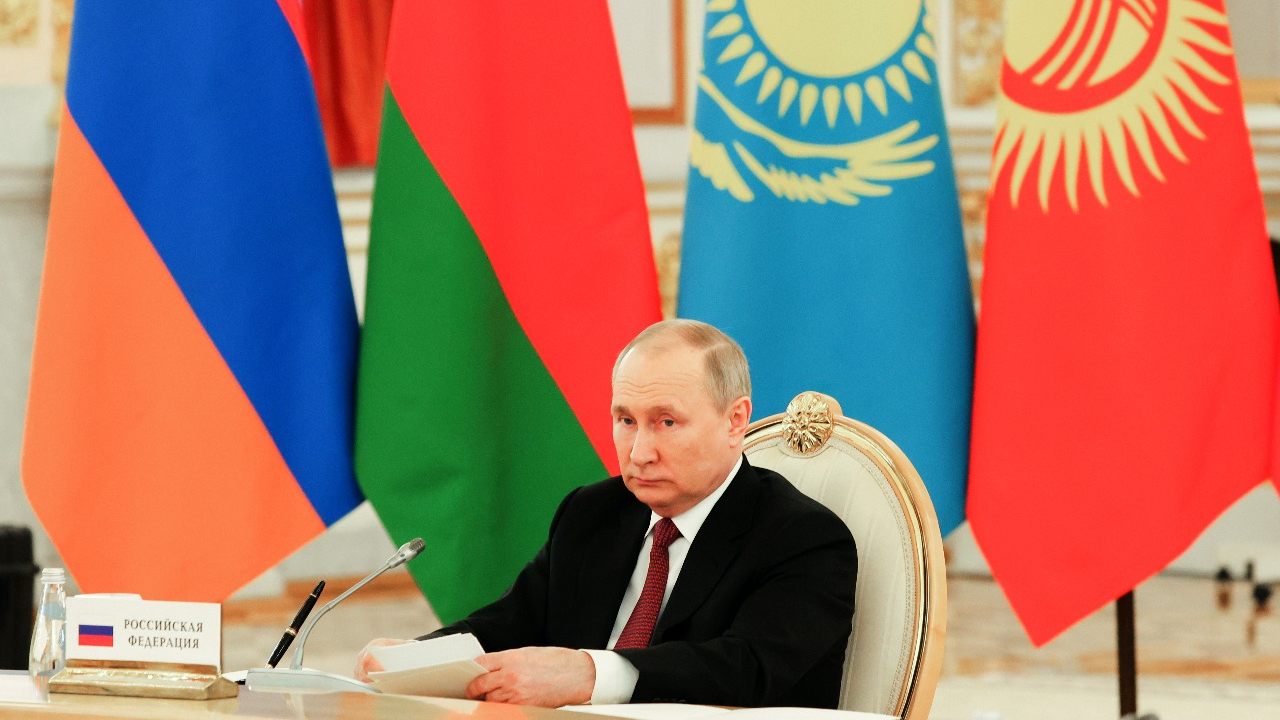 Ukraine’s stunning Kharkiv counteroffensive has demonstrated the fundamental weakness of the Russian military. Across the Kuban, Azerbaijan has exposed the diplomatic repercussions of that frailty

Azerbaijan spent much of the summer probing Russia’s will to defend its treaty ally, Armenia. Last week, the Azeris and all who were watching, received an unambiguous answer. Russia’s failure to uphold its treaty obligation to protect Armenia signals the beginning of a new era in the region, where smaller rivals like Azerbaijan can dictate terms with a confidence unthinkable only a year ago.

Escalating ethnic reprisals descended into a full scale war between the then-Azeri and Armenian soviet socialist republics, which continued through independence, leaving at least 30,000 dead and resulting in a frozen conflict over the Armenian-populated Nagorno-Karabakh region, a part of Azerbaijan. While border conflicts flared every few years, the region’s status remained relatively stable until 2020, when Armenia’s newly elected Prime Minister Nikol Pashinyan announced plans to relocate Nagorno-Karabakh’s capital to Shusha, once considered the cradle of Azeri culture, but almost entirely Armenian-populated.

In response Azerbaijan’s military, with the support of Turkey, invaded, capturing most of the breakaway republic including Shusha in a two-month long war. Russia brokered a ceasefire and deployed 2,000 troops to the Lachin corridor — the mountainous pass connecting Armenia proper to Nagorno-Karabakh — to underwrite the peace.

The two sides began inching towards a definitive peace deal, with three agreements signed from the end of the war through 2021. With Russia’s invasion of Ukraine, the OSCE Minsk Group, the multilateral organization charged with reaching a settlement, collapsed, although peace talks mediated by both the European Commission and Russia continued apace. In May, the two sides agreed in principle on a five point plan and further negotiations. Key among the outstanding points was the construction of a new road to replace the Lachin corridor.

But in the intervening months, Russia’s military might was proving a chimera in Ukraine, and Azerbaijan became ever bolder in its demands. On August 3, it announced plans to complete its portion of the new road, and declared the planned takeover of Lachin on August 25. The Russian Foreign Ministry denounced the move as “unacceptable.” Azerbaijan simply ignored this and seized the corridor the next day, and when the extent of Russia’s response was to “urge the sides to exercise restraint and comply with the ceasefire regime,” Azerbaijan proceeded with its plans to take the whole corridor.

Overstretched in Ukraine, Russia acquiesced, advising ethnic Armenians in the region to flee and agreeing to redeploy its troops to Azerbaijan’s new corridor, only three weeks after calling such a change unacceptable. Armenia’s Pashinyan denounced “allies [who] are not always allies of you, but of those who ally against you.”

Yet the talks continued. Pashinyan met Azeri President Ilham Aliyev again on August 31 in a meeting mediated by Charles Michel, President of the European Council. The meeting resulted in further talk of a lasting peace, but little in terms of substantive progress. Two weeks later, Azerbaijan, claiming unspecified Armenian provocations, took control of the heights overlooking Armenia proper and moved to further cut off Lachin from Armenia and Nagorno-Karabakh. At this moment, Pashinyan decided to trigger Article IV of the Russian-dominated Collective Security Treaty’s (CSTO), obliging other treaty members to come to Armenia’s defense. The Kremlin rejected the request.

As this article goes to press, a temporary ceasefire appears to be holding with only a few changes in the border. But the small territorial changes should not conceal the message of the short conflict: CSTO protection counts for little.

Since the fall of the Soviet Union, the threat of Russian aggression, or aggression by Russian proxies, has served to subdue the independent interests of Russia’s former colonial possessions. Putin’s ill-conceived invasion of Ukraine has demonstrated that it is now, and for the foreseeable future, a paper tiger. Those who trusted Russia for security, or withheld from aggression for fear of Russian reprisals, are reconsidering.

Already, Kyrgyzstan and Tajikistan — two putative CSTO allies — have engaged in their most serious border clashes in a generation. Kazakhstan is showing increasing independence of mind and on September 17 received a visit from Xi Jinping, who stated that China would “categorically oppose the interference of any forces in the internal affairs of your country.”

While the increased willingness of Russia’s former subjects to assert their independence should be applauded, the unintended consequences of increased disorder should not be underestimated. As Nagorno-Karabakh shows, the ripple effects of Russia’s inadvertent revelation of its own weakness is just beginning.