There is little reason to believe claims of immediate invasion. Not yet, at least. 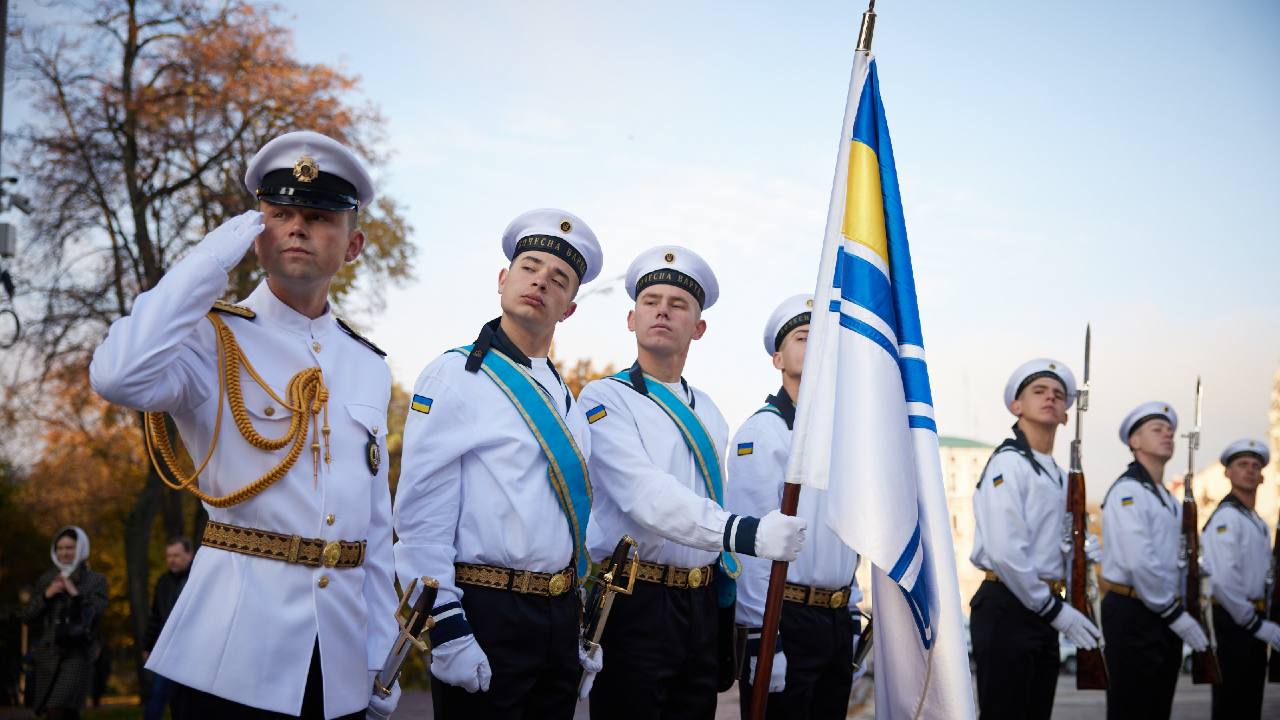 Photo: Participation of the President in the events on the occasion of the Day of Defenders of Ukraine on Mykhailivska Square in Kyiv. Credit: Presidency of Ukraine.

Since late October, Russia’s armed forces have been conducting troop movements and hardware transfers close to the borders of Ukraine and Belarus. Although the Ukrainian Ministry of Defense initially downplayed the extent of the movements, it quickly backtracked and announced some 90,000 troops had been deployed on all sides of the Ukrainian border, with the “high probability” of military escalation.

Russian military logistics movements are not part of planned or scheduled armed forces exercises, nor are they “normal” seasonal military activity observed at Ukraine’s border since the start of the war in Donbas in 2014.

Troop movements and hardware transfers have been tracked across the Russian Western Military District, as well as in Crimea. Evidence was also supported by satellite imagery provided by the US company, Maxar Technologies.

The most visible movement is probably the re-positioning of units and equipment from the 41st Combined Arms Army (CAA) from the Pogonovo training grounds to the city of Yelnya in the Smolensk oblast — a couple of hundred kilometers from the borders with Ukraine and Belarus.

Back in March and April 2021, the 41st CAA — usually based in Novosibirsk in the Central Military District — had deployed troops and equipment to the Pogonovo training grounds in preparation for the Zapad-2021 strategic military exercise in September. Units and equipment remained but began moving to Yelnya and other staging areas in late October.

Less a build-up of forces and more a military logistics re-positioning across different bases in the Western Military District, recent Russian movements are worrying because their real intent remains unclear. Nevertheless, it is possible to come up with several hypotheses.

It is not a spoiler that Russia plans for war and therefore prepares for all contingencies. This requires good military logistics — the General Staff places high emphasis on the peacetime pre-positioning of troops and hardware in key areas, as well as strategic mobility and combat readiness.

This might be what we are seeing. Movements of the 41st CAA and other units could be interpreted as a strengthening of existing formations in the Western Military District, notably the 144th Guards Motor Rifle Division, located in Yelnya, and the 3rd Motor Rifle Division (both units belong to the 20th Guards Combined Arms Army.)

Using already deployed units from the Central Military District since early 2021 and re-positioning them permanently in the Western Military District is a good way to strengthen under-staffed divisions. These units would therefore not be a forward presence, but a permanent posting.

With an onus on speed and combat readiness, having a rapidly deployable force at the borders with Ukraine and Belarus would allow Russia to more rapidly achieve military superiority in the event of a conflict. This is linked to recent evolutions in Russian military thinking regarding “active defense” and the strategy of limited action.

This is bad news for Ukraine, especially considering the tense diplomatic context. Russia has been ramping up its aggressive rhetoric— from discussions around red lines to accusations that Ukraine’s recent use of strike drones in Donbas was destabilizing the situation (a situation the Kremlin created in the first place.)

Also note Vladimir Putin’s historically flawed and badly fact-checked pamphlet, where he stated that Russians and Ukrainians are a single people and that Ukraine could not be truly independent without Russia.

Russian military movements are a clear reminder that renewed military aggression against Ukraine is (still) on the Kremlin’s table. But a possibility is not a certainty. It does not mean that a winter invasion is pre-ordained.

However, it does mean the Russian armed forces will be ready to act if, and only if, a political decision is made to use force. This time, Russia would be able to squeeze Ukraine from Crimea and the Sea of Azov in the south, as well as from the Smolensk Oblast in the north.

There may be a further military escalation in an attempt to subdue Ukraine, and most importantly to force the country into fully implementing the 2015 Minsk-2 agreements — or to sign a still-less favorable bilateral deal.

In the meantime, the military foot-stomping reminds Ukraine and its Western allies that Russia retains so-called escalation dominance, the ability to dial up or dial down the political temperature at will.

This makes Western policy especially hard to calibrate, but also requires increased vigilance. In the coming weeks, it will be crucial to look out for the more covert Russian signals of potential renewed aggression, for instance, troop movements by local proxies in Donbas.