Russian Borderlands and the Summit for Democracy

The meeting must be much more than a sermon on the virtues of democracy if it’s to resonate with insecure countries in a tough neighborhood. 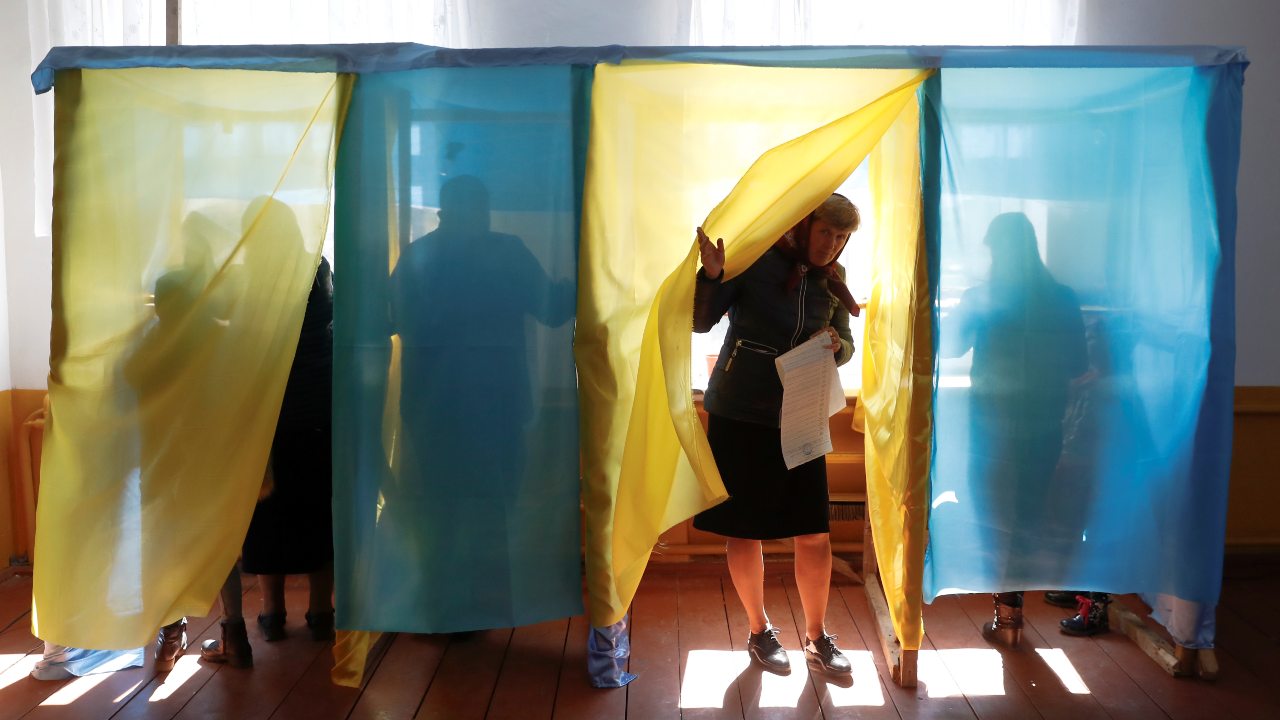 Photo: A woman walks out of a voting booth at a polling station during a presidential election in the village of Kosmach in Ivano-Frankivsk Region, Ukraine March 31, 2019. Credit: REUTERS/Kacper Pempel

The 15 countries that once (unhappily) formed the Soviet Union present a mixed picture of democratic progress — a majority have not been invited to the December 9-10 Summit for Democracy, a high-profile meeting of 112 countries organized by the Biden administration.

That is a reflection of rather weak democratic credentials: although the three Baltic states are classified as free by Freedom House, four participants — Armenia, Georgia, Moldova and Ukraine — are judged to be partially free, while the other eight are not free, and not invited. But while it is understandable that the Biden administration has not asked them (Russia, Belarus, Uzbekistan, Turkmenistan, Tajikistan, Kazakhstan, Kyrgyzstan, and Azerbaijan) this approach inevitably poses the question of what to do with the rest? Promoting democracy in the remaining eight countries is after all equally important.

One solution for future meetings (the Summit is a two-part event) might be to substitute the autocratic heads of state with democratic opposition leaders from the countries concerned. The invitation to Sviatlana Tsikhanouskaya, the leader of the Belarusian democratic movement, instead of country’s dictator, Aliaksandr Lukashenka, is a good example; it delivers on the 2020 promise by presidential candidate Joe Biden, to call a summit that would “include civil society organizations from around the world that stand on the frontlines in defense of democracy.” Other democratic champions from the Caucasus, Central Asia, and Russia should not only be invited to future summits but also given a central place in the forum alongside heads of state and government.

Bringing the leaders of democratic movements to the table as equal partners would demonstrate solidarity with all citizens around the globe fighting autocracy at home. It would help their voices to be heard at the highest level and increase the chances of the issues they raise being acted upon. This would also fill some geographical gaps among participants, helping the summit to focus less on geopolitics and more on internal democratic deficiencies.

The latter is of particular importance to young and insecure states which have Russia, China, and Turkey as neighbors and which may be pressured to pick sides, or discouraged from bolder democratic endeavors in order not to upset the regional superpowers.

It is, after all, understandable that many of Russia’s neighbors seek good relations (although as Georgia and Ukraine make clear, they’re not always given the choice.) For Central Asian countries, where the Western presence is weak to non-existent, Russia is not only a counter-weight to China’s growing ambitions, but also a key economic partner — large numbers of Central Asians and South Caucasians work in Russia and their remittances represent a crucial element of national income. Eastern European countries also depend on it for energy, and some (Belarus and four others) are military allies through the Collective Security Treaty Organization (CSTO.) Equally, these smaller countries are interested in deepening their economic cooperation with China, while Turkey has significant ties, military and otherwise, to Azerbaijan and other countries in the region.

In other words, Russia’s smaller Central Asian and South Caucasian neighbors have to co-exist with these three powerful and less than democratic states. They have no desire to be caught in a confrontation between these major autocracies and Western democracies, especially when the latter are far less engaged in the region than the former. The US, for example, has been gradually withdrawing from Russia’s borderlands over the past decade and seemingly hoping the role of regional policy leader will devolve to the European Union. The EU, however, sometimes hesitates to irritate Russia and its track record in the region is mixed. Its Eastern Partnership initiative has been more successful in Georgia, Ukraine, and Moldova than in Belarus, Azerbaijan, or Armenia, while the bloc has been unable to meaningfully engage with the Central Asian countries at all. At issue is the seemingly unanswerable question (which is also asked in the western Balkans) of how to incentivize countries to democratize without offering the prospect of membership?

So there is plenty of space for the Summit for Democracy to provide answers by focusing on countries’ endogenous democratic problems while also spreading the project’s co-ownership as widely as possible. Thirty years after communism collapsed, the shoots of free societies growing from the roots of a ruinous dictatorship still need a lot of nurturing.

Nor should the summit bypass the problems of some of the oldest democracies, including the US, the UK, and the EU. Tackling internal democratic deficiencies and authoritarian practices should be the focus of both the summit and the various processes which will follow from it.

If the summit is to lead to a process — and that is the only way to succeed — it must be truly global in ownership. Let non-Western countries lead in those areas where they have set exemplary practices (such as police reform in Georgia or public media in Ukraine), so that experience is shared.

As Ivan Krastev and Stephen Homes argued in their phenomenal work (The Light that Failed: A Reckoning), “copycat liberalism” cannot breed true democracy — it will inevitably result in the emergence of new non-democratic forces that revolt against what they see as humiliating “imitation.” Only by co-owning the December summit and its follow-up processes can countries commit to full participation and turning the tide against a rising tide of authoritarian backsliding.

Katia Glod is a nonresident fellow with the Center for European Policy Research’s (CEPA’s) Russia program. Glod is an independent analyst and political risk consultant based in London. She advises on the politics and economics of former Soviet countries.