Russia Webcams: Where the Virtual and the Real Collide 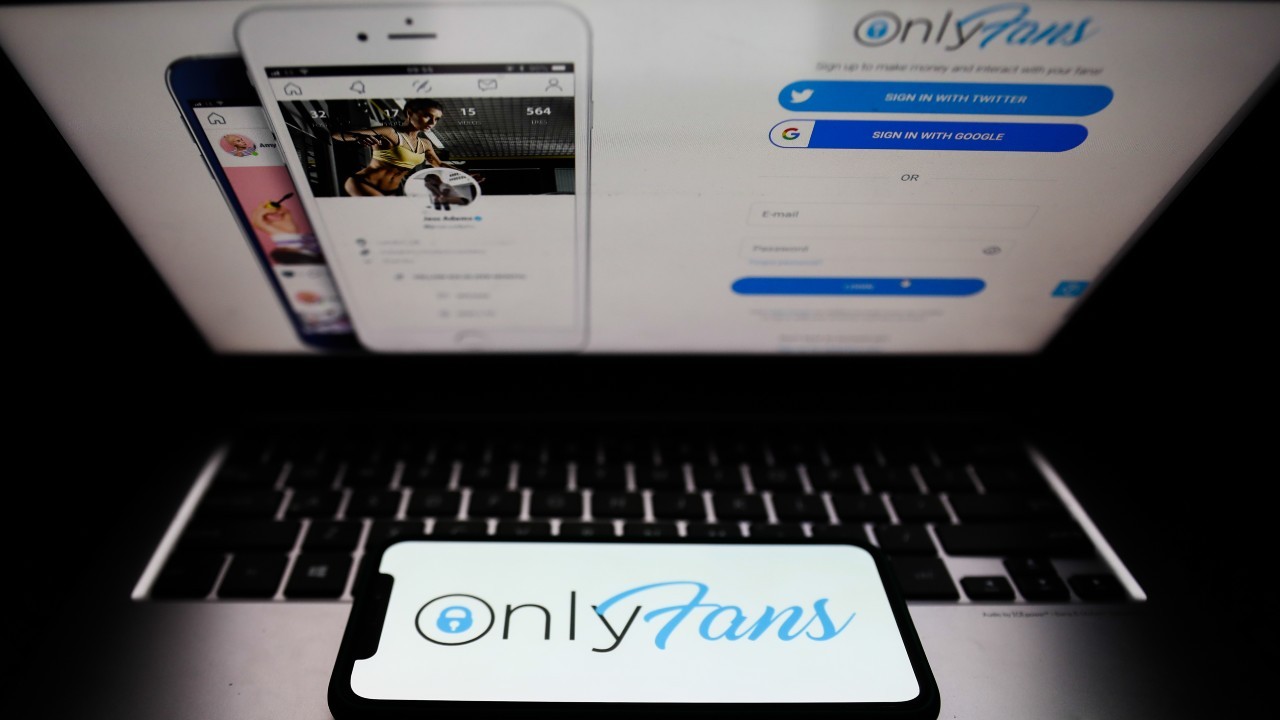 Photo: OnlyFans logo displayed on a phone screen and a website displayed on a laptop screen are seen in this illustration photo taken in Krakow, Poland on April 27, 2021. Credit: Jakub Porzycki/NurPhoto

Webcamming in Russia occupies a legal gray zone. Some studios are subjected to raids, while others — well funded and linked to high-level officials — are generally left alone.

The practice of women (and some, but not many, men) earning cash through sex work transmitted by webcams saw a global increase as countries went into Covid-19 lockdown. Some 20 and 30-somethings who may previously have worked in public-facing roles turned to webcamming as a means by which to earn and work from home. Some also joined more organized businesses.

“There are more models,” the anonymous co-owner of a studio in St. Petersburg told Sobaka.ru in the early months of the pandemic. “We had 20% more applications. In general, the worse the situation in the country, the more people are webcamming, and the better things are for us.”

Russia’s criminal code is not clear about such work. It is not explicitly criminalized, nor is it legal. Technically, it can be considered as the “illegal distribution of pornographic materials” (Article 242 of the Criminal Code.) In cases where people involved in webcamming have been prosecuted, the charges have fallen under the remit of Article 242, and Article 210 (“organization of a criminal community.”)

Whatever the position in law, the reality on the ground suggests that the law is applied sporadically and very often in a corrupt manner.

To some, raids seem like a fact of life. “This is just competition — studios set their familiar security officials against each other,” one 25-year-old engineer told ?????? Online last year. Opening a whole studio is not cheap and requires significant capital. To open a good studio, one needs around 2m rubles (about $26,000), according to the St. Petersburg studio owner. And the turnover could be anything between$5m and $10m a year.

The studios themselves have a formalized structure: that is, they are not simply a solo model camming from home, paying a percentage to a webcamming streaming platform. The biggest studios require administrative staff: managers, operators (administrators), IT specialists, directors, photographers, stylists, HR departments, and sometimes even accountants. They must have rooms for models – with camera and other equipment.

While some operate from city apartment blocks, others are far out into the countryside; one had “a huge swimming pool, a bar, a cinema, a shared kitchen, and even a jacuzzi on the second floor,” according to a recent investigation by Novaya Gazeta.

The report, published late last year, noted that one such building used as a webcam studio belongs to an ex-assistant to the Minister of Health (who denied knowing anything about the business), and was being leased to Kirill Varichenko — the brother of Chechen dictator Ramzan Kadyrov’s assistant, Philip Varichenko. Their photographs show a swimming pool and ping pong table.

Varichenko initially denied his involvement in the business but after Novaya journalists compared its interiors with those of the studios seen on webcams, he finally admitted his involvement and that he had been working in the industry for five years, and then offered to bribe reporters to drop the topic.

“MagicMike is my studio. I was the director. And I would like to come to an arrangement so that you do not dig any deeper. I work in the advertising industry now, I closed both the MagicMike website and studio. I am ready to offer you any money. There is too much at stake,” he said.

While he said studios were closed early 2020, Novaya spoke to a woman who worked there as late as Spring 2021.

“Moreover, this autumn, a Novaya employee – as part of the investigation – wrote to the studio administrator looking for work. And the administrator answered, requesting that she send photos and indicate her age,” the paper added.

While this took place near Moscow, the epicenter of webcamming in Russia is said to be St. Petersburg, with some 200 webcam agencies operating in the northern capital. The average age of the models is 23, and most are women, and often students. Occasionally, men are involved too, but this is much rarer.

It is not an easy life for the employees. The women can be subjected to harassment and assault by employers, as with “Maria K.,” who spoke to Novaya. She told the paper that one administrator demanded, “either you serve him [sexually] or you get fined for everything.” Models can also be subject to blackmail. “Katya”, an operator and former model said “an unscrupulous employer has a certain leverage: they can withhold pay, record videos and leak them to the public, blackmail you”, she told Afisha. Occasionally too, studios have reportedly used minors (the age of consent in Russia is 16.)

Aliide Naylor is the author of ‘The Shadow in the East‘ (Bloomsbury, 2020). She lived in Russia for several years and is now based in London, working as a journalist, editor and translator.