The region remains a source of terrorist instability, which is directly linked to Russia’s actions in the Muslim world. 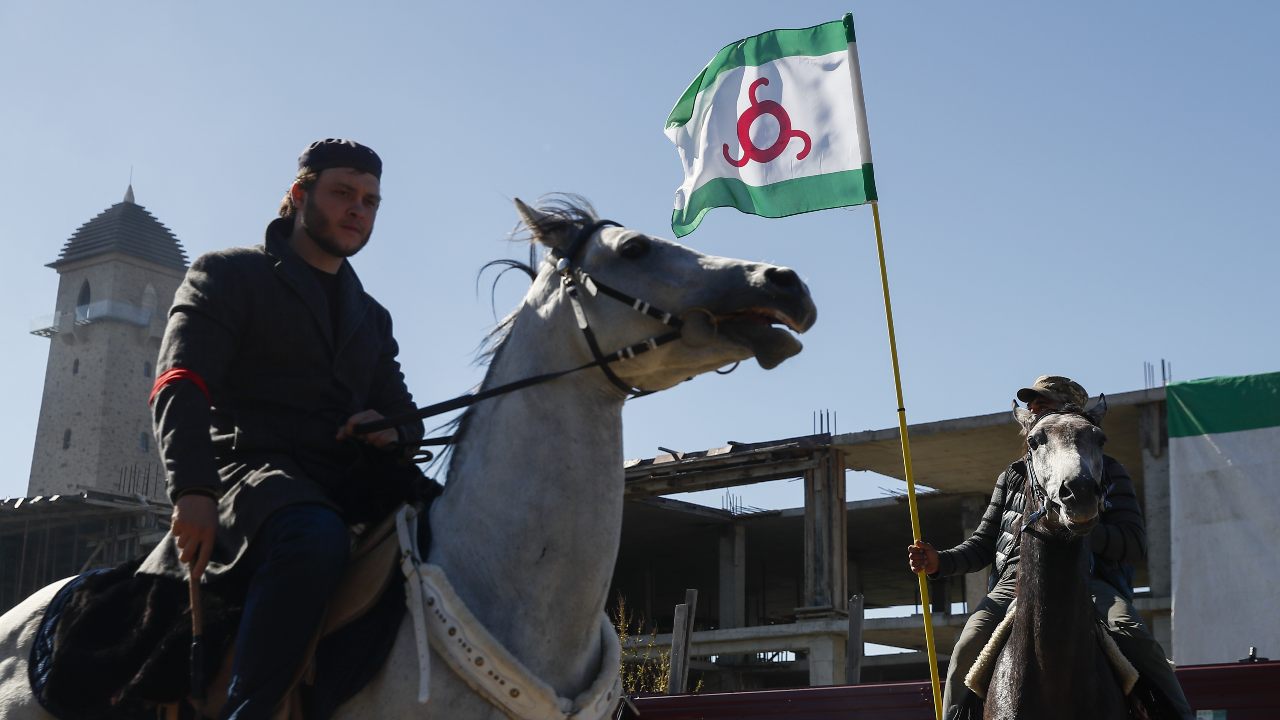 Photo: Participants ride horses during a protest against the new land swap deal, agreed by the heads of the Russian regions of Ingushetia and Chechnya, in Ingushetia's capital Magas, Russia October 7, 2018. Credit: REUTERS/Maxim Shemetov.

The Chechen campaigns and Russia’s participation in the war in Syria resulted in bursts of terrorist activity in the North Caucasus and in other Russian regions. The logic of escalation and rivalry between the leaders of terrorist networks in this region is inextricably linked to the foreign policy decisions of Russia’s leadership, as well as to the dynamics of violence in the Greater Middle East.

With a large and growing Muslim population in Ingushetia, Chechnya, and Dagestan, and following an Islamic renaissance since the fall of the Soviet Union, the issue is a key concern for Russian security agencies worried by the radicalization of local communities.

With good reason. The early 2000s were characterized by a high level of terrorism in the North Caucasus, which was mainly due to the continuation of the second Chechen war (1999-2009), the economic crisis, and an ideological vacuum. This wave of attacks began to decline after the terrorist assault in Nalchik in the fall of 2005 and the assassination of terrorist leader Shamil Basayev the following summer. Thereafter there was a marked decline in terrorist activity up to 2015.

Since 2016 however, Russia has once again faced a growing terrorist threat. On September 30, 2015, Vladimir Putin announced the start of an operation by Russia in Syria. In the first months of this operation, Russia’s actions were primarily directed not against the so-called Islamic State (IS), but against those opposition groups posing the greatest threat to Syria’s leader Bashar al-Assad. In 2016, the Russian air force began to conduct operations against IS itself.

Russia’s involvement in the war in Syria did not go unanswered by terrorist groups. In December 2015, a five-minute video with threats against Russian citizens appeared on the portal of the Al-Hayat media center, in which IS fighters’ appeals were published. In addition, in 2016-2017, several high-profile terrorist acts occurred, motivated by Russia’s participation in the war.

After 2018, there was a downward trend in terrorist attacks in the North Caucasus and with the participation of people from the region. Nevertheless, information about the prevention of terrorist attacks and the elimination of potential militants regularly appears in the statements from the Russian special services. At the very least, this is an indicator of Russia’s concern about the risks in this region.

In this regard, the Russian authorities are trying to co-opt Islamic universities as a tool for the de-radicalization of youth. They take measures to provide mosques with imams controlled by the Muftiates, as well as madrasas and other Islamic educational institutions with “adequately” qualified faculty. The authorities suggest that in this way students from potentially dangerous segments of the population are presented with the “correct” version of Islam.

The results of interviews with the leadership and teachers of Islamic universities in the North Caucasus confirm that the target group of applicants, for example in Dagestan, are expected to be teenagers from low-income families with poor school performance and a disordered personal life, who can be influenced by radical ideology. For these people, Islamic education offers a rare chance to make at least some social advances.

But the Islamic education system is outside the all-Russian educational space and is financially independent of state structures. Islamic universities are financed, as a rule, by patrons and members of the Ummah (the religious community) or by religious structures and foundations. Given this, control can only be exercised by banning Islamic education as a whole, or rigidly standardizing educational programs along the lines of secular educational institutions.

Both approaches seem likely to fail; in the first case because a ban on religious education can only spur interest in Islamic ideas, including radical themes; and in the second case because there is a risk of then losing the religious component that attracts religiously minded young people who are simply uninterested in secular education.

The problem of reducing the risks of potential radicalization of young people, therefore, remains, despite the obvious efforts and concerns of the Russian authorities.

Alisa R. Shishkina is a Future Russia Fellow with the Democratic Resilience Program at the Center for European Policy Analysis (CEPA).