With 100,000 Russian troops poised on the border of Ukraine and the Kremlin indicating dissatisfaction, the West must remain on its toes for what comes next. 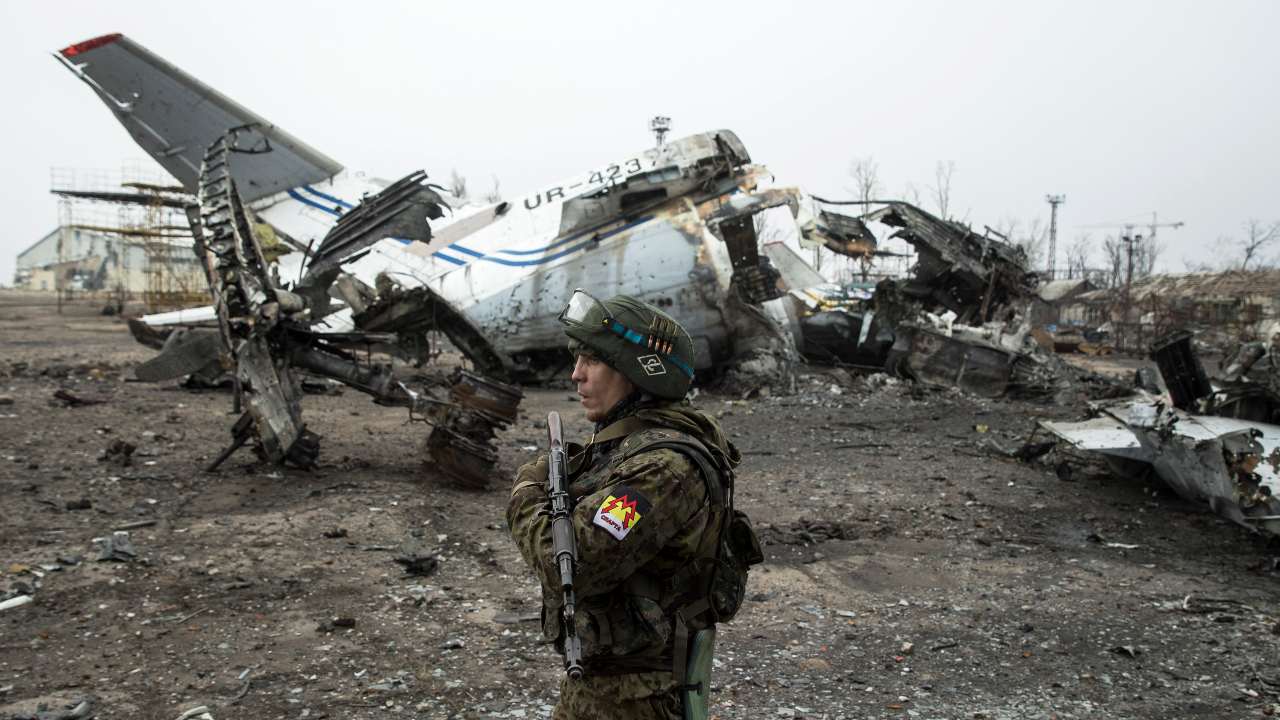 Photo: A sniper of the self-proclaimed Donetsk People's Republic (DNR) sits at a fighting position on the line of separation from the Ukrainian armed forces outside of the rebel-controlled city of Donetsk, Ukraine November 19, 2021. Credit: REUTERS/Alexander Ermochenko

It’s a good time to remember Winston Churchill’s description of Russia as “a riddle, wrapped in a mystery, inside an enigma.” The finest analysts in the democratic world are scratching their heads trying to figure out the Kremlin’s next move, what the West may have to do in response.

The worst but clearest outcome is that President Vladimir Putin delivers on the thinly veiled threat to launch another offensive against Ukraine, this time with a much higher ambition than those aimed against in Crimea and Donbass in 2014. There are numerous other options in the Kremlin’s hybrid arsenal, from cyber-attacks (seemingly already underway) to covert sabotage actions to smear opponents (which the US says are being planned) to the now-familiar barrages of truth-lite propaganda products.

Russia has now produced an almost-war, something it has used in the past (see similar threats to Ukraine last year) and which have very clearly provided it with significant gains, including multiple summits with the US and Europe. Although the hope that the NATO alliance would fracture along its Atlantic fault line has failed, there are nonetheless signs of profound European unease — while the US has said the as-yet unopened Nord Stream 2 pipeline would fall victim to any new Russian invasion, Germany has said with some vehemence that it would not.

Yet it also makes sense to examine Russia’s internal pressures, which may be the key influence on what happens next. The two pillars upon which the Putin administration rests are the super-rich oligarchs and a politically passive population. The Kremlin is absolutely terrified by popular protests, so called color revolutions, which have removed some of his allies (not least in Ukraine and most recently in Kazakhstan.)

Putin also needs the rich. But the alliance of democracies are now threatening sanctions that would badly hurt the oligarchs, and some think this may generate pressure on Putin to show restraint. As for the seemingly pliant population, some argue that the battlefield casualties inevitable in a serious military campaign against Ukraine would prove so high as to provoke protests.

These then are the key questions — how much risk will the Kremlin take to achieve its aim of subjugating Ukraine? And what if Putin and his officials come to the conclusion that the dangers of acting are too high? Will it back off, seek the so-called “off ramp” and de-escalate? Most likely not.

In fact Putin has a lot to gain from almost-war. A threatened conflict combined with a massive propaganda effort keeps Russian society on its toes and takes attention away from the harsh repression that Putin aims at his subjects (a majority of citizens now fear a return to repression and abuse by the authorities, a sharp increase.)

The almost-war needs frequent crises to keep tensions high though and any such crisis, (currently Ukraine, but anywhere else tomorrow), could easily spin out of control and turn into a hot war in any of the hotspots that the Kremlin manufactures for the strategy. Putin and his people will weaponize unpredictability to keep the world guessing about its goals, and to maintain a high level of fear among its own and target populations. An increasingly geriatric and paranoid Russian leadership also increases the risks.

In the last few weeks alone, Russia has threatened to place troops or missiles in Venezuela and Cuba, menaced Finland and Sweden, and made a rapid deployment to Kazakhstan to save its autocratic regime from what appeared a popular uprising. At the same time, “enormous train convoys loaded with tanks, missiles and troops” rumble westward across Russia, apparently heading for the Ukraine border.

This leaves the democratic world facing what can be described as Russian pinball. Unpredictability in combination with Russia’s proven capacity to deploy large military units in any location of interest with short notice all happens at worrying speed; the West’s response (the irritatingly slow-to-react flipper arms) must be used to prevent the ball falling through not only in Europe but also in the wider world.

This is a difficult and dangerous game, and it might be tempting for Western politicians to believe just that. Endless Russian maneuvers — military and political — can lead to snow-blindness and a failure to remain alert when it might seem that nothing will happen. And that is the moment of maximum danger. Putin’s use of almost-war does not mean never-war. An opportunist, he is perfectly capable of striking (as in Georgia, 2008 and Ukraine, 2014) if he can achieve his goals at a bargain price.

The situation is not entirely dire and rivalry can foster good things. Playing Russian pinball might finally unite Europe and solidify the Transatlantic alliance, as it seems to have done in last week’s summits. And if Ukraine can be protected from a renewed Russian onslaught, it might speed up the necessary reforms and improve living conditions in a country that has been burdened by war for close to eight years.

But as things look right now the risk of a large Russian offensive against Ukraine is unfortunately still very real.