The Kremlin’s options in responding to the alliance’s expansion are more limited than it might appear. 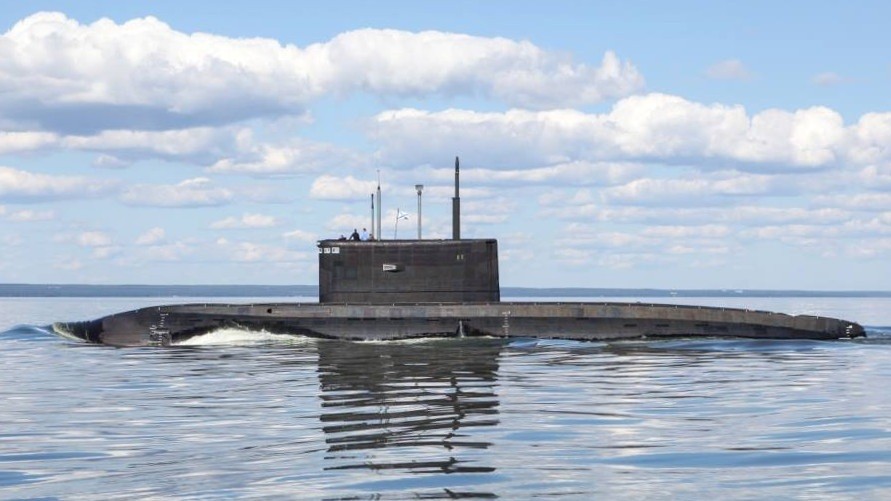 The Kremlin’s response to the announcement by Finland and Sweden that they plan to join NATO has surprised some. Russian opposition to such a move is long-established and warnings late last year seemed quite menacing.

The two countries were told that such a decision “would have serious military and political consequences that would require an adequate response from Russia.” In the event, however, President Vladimir Putin said that the expansion of the alliance poses no immediate threat to the Russian Federation, since it has no problems with these countries.

Even so, it would be wrong to think Russia’s leadership is going soft. The truth is that the government is unable to develop a meaningful response.

Since 2014, the Russian Armed Forces in the Baltic region have been reinforced with motor, tank, artillery, missile and aviation formations, and coastal missile defense units. During 2022-23, the Baltic Fleet will complete the rearmament of the 36th Brigade with missile corvettes.

It will not be possible to answer with anything else that is new. Various pro-Kremlin experts have proposed the deployment of S-500 air defense systems in the Russian Baltic, with their extremely long range of up to 600km (370+ miles.) However, it is an expensive and difficult-to-manufacture system, and hard to mass-produce. The first S-500s will be allotted to the 15th Army of the Aerospace Forces to protect Moscow. At best, the Kaliningrad region might receive the system in around three years. And given Western sanctions, the Almaz-Antey Concern producing these missiles will lack export revenue. The pace and volume of production will decrease.

Deputy Head of the Russian Security Council Dmitry Medvedev proposed deploying substantial naval forces in the waters of the Gulf of Finland, a reference to the submarine flotilla in Kronstadt, near St. Petersburg.

At present, the Baltic Fleet has the only diesel-electric submarine of the Kilo-class. In 2018, the then commander of the Baltic Fleet, Admiral Vladimir Valuev, openly complained that Russia’s navy faces submarine forces from Germany, Poland, and Sweden in the Baltic, and lacks sufficient hulls to carry out operations in full. It was then decided that the Alrosa, a 30-year-old Kilo-class submarine under repair since 2014, would be redeployed from the Black Sea Fleet to the Baltic. However, on May 19, it became known that the submarine would in fact return to the Black Sea Fleet.

Last year, the Ministry of Defense announced that it would strengthen the Baltic Fleet with diesel submarines of the Improved Kilo/Varshavyanka-class. However, these vessels have not yet been laid down.

Even if the Improved Kilo-class subs begin operations in the Baltic in the coming years, it will not greatly strengthen the fleet. Submarines first developed in the 1970s are falling behind other forces in the region. For example, all German submarines are equipped with an air-independent propulsion (AIP) system allowing them to remain underwater for almost a month. Russian subs are forced to surface every three to four days to recharge their batteries. Russia has not yet developed a high-quality AIP plant.

Medvedev also threatened that if the Nordic countries joined NATO, Russia will strengthen its western borders, ending any possibility of nuclear free status for the Baltic. Since the Improved Kilo-class submarines do not carry ballistic missiles, Medvedev’s statement was a hint that the Kaliber cruise missiles on these submarines or Iskander ballistic missiles in Kaliningrad will carry nuclear warheads. That would mean abandoning the presidential nuclear initiatives (PNI) of 1991-92 (reducing the deployments of nuclear weapons, or placing them in storage.)

This idea is supported by some experts, who also consider it important to change military doctrine clarifying the conditions for the use of tactical nuclear weapons. However, threats to withdraw from the PNI have been heard since the early 2000s, when the United States left the Anti-Ballistic Missile Treaty. But since then, Russia has not officially announced a change in the role of tactical nuclear weapons. At the same time, statements by individual Russian officials occasionally refer to the existence of such weapons in the army. This makes Medvedev’s statement all the more meaningless, since no one can be frightened if it is really a fact.

Because there are only two motorized rifle brigades on the northern border of Russia, Kremlin military experts have suggested that the Russian Armed Forces in the Leningrad and Murmansk regions be reinforced with the Iskander-M missile system. However, units in these regions do not have the infrastructure to receive them. In addition, given the conditions of war with Ukraine, there are just no available missile systems for deployment. The defense industry will be geared to produce missile systems for units involved in the war in Ukraine. In addition, it may be recalled that the final deployment of Iskander-M in Kaliningrad took place at least eight years after the official announcement of such plans. It will be the same with the regions bordering Finland, if it happens at all.

Thus, in the coming years, Russia will not be able to make a significant military response to the accession of Sweden and Finland to NATO. Those military reinforcements that do occur in the Baltic region will be predictable and limited. Threats of a military response, as in many other cases, are aimed at an internal audience to demonstrate Russian power. From NATO’s point of view, Russia will be unlikely to produce any surprises.