Miloš Zeman, the Czech President, has a long history of warmth toward Russia. 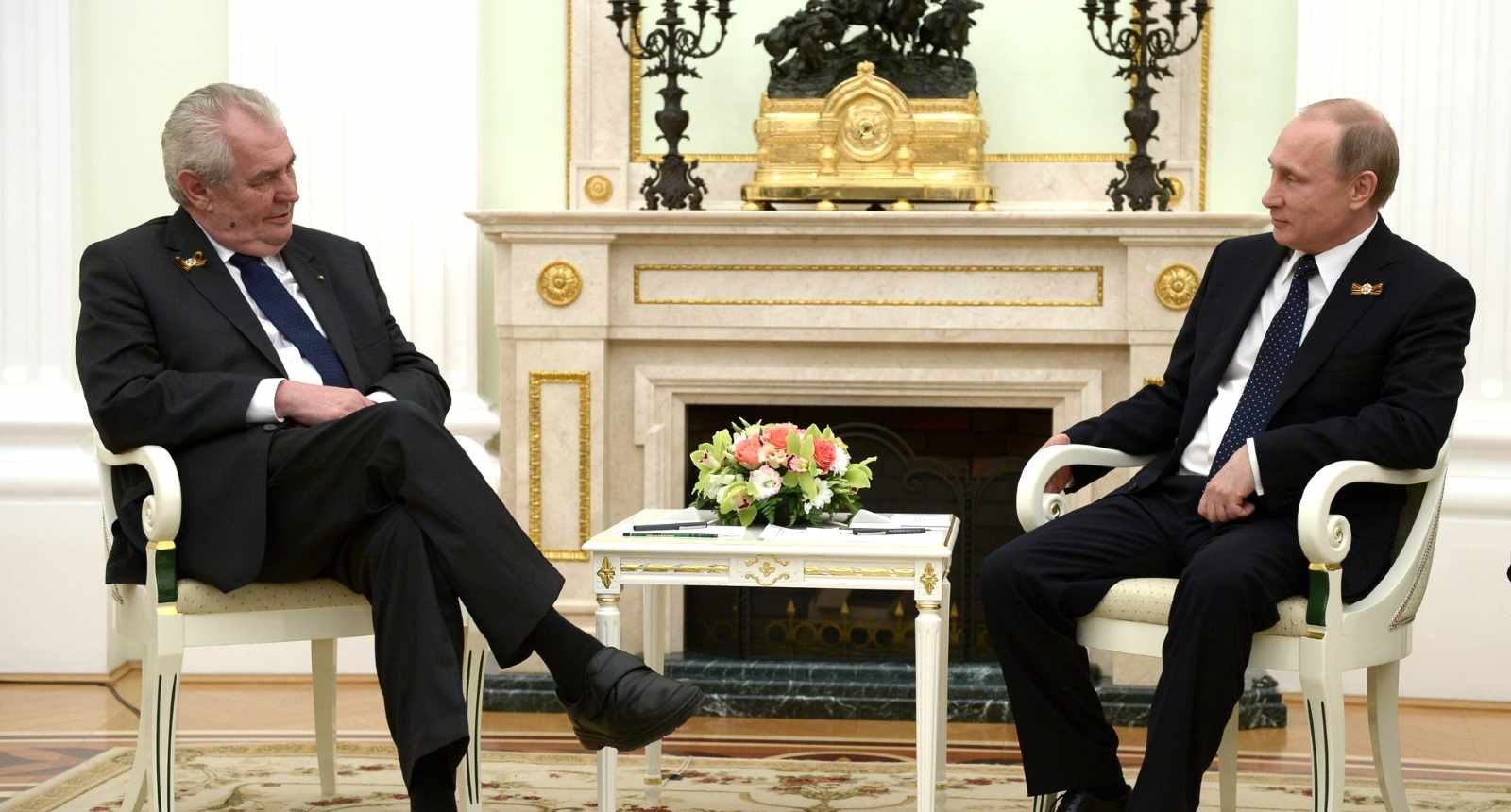 Last month, he was at it again in an interview with the controversial outlet Parlamentní listy. Those standing in the way of using Russian and Chinese vaccines in the Czech Republic, Zeman said, are responsible for covid-19 related deaths and should be fired. He named Health Minister Jan Blatný and Director of the State Institute for Drug Control Irena Storová as the guilty parties.

Failure to do as he demanded, he said euphemistically, would “not lead to the further improvement of friendly relations” between himself and Prime Minister Andrej Babiš. For good measure, Zeman also took the opportunity to propose the dismissal of Minister for Foreign Affairs Tomáš Petříček. On April 7, Blatný was sacked by Babiš.

The three targeted individuals have something in common. They have all voiced doubts about the use of Russia’s Sputnik V vaccine in the Czech Republic. Blatný and Storová insist that the vaccine must first receive approval from the European Medicines Agency (EMA) and refuse to grant Sputnik V an exemption. Zeman, on the other hand, has criticized the EMA and the European Union for their handling of the crisis. The opposition of health authorities notwithstanding, Zeman and Babiš have together decided to forge their own health policy, contacting both Russia and China to purchase their vaccines, though none has yet been administered.

Petříček, critics were quick to point out, also disagrees with Zeman on a much-discussed tender for the expansion of the Dukovany Nuclear Power Station. While the Foreign Minister believes Russia and China should be excluded for posing a security risk, Zeman is a staunch proponent of their participation.

The President’s latest statement is little surprise to Czechs. Since the departure of the resolutely pro-Western Václav Havel from office in 2003, the Kremlin has found its voice amplified by Czech heads of state. Elected by parliament in 2013, Zeman has never troubled to hide his sympathy for Russia’s policy outlook, much like his predecessor, President Václav Klaus.

Highlights include Zeman’s public feud with U.S. Ambassador to the Czech Republic Andrew Schapiro in 2015, after the diplomat criticized the President’s trip to Moscow at the height of the Ukrainian Crisis. Zeman has long targeted the Czech Security Information Service (BIS) for its reports warning about Russian intelligence and influence operations in the Czech Republic — something it has been doing since the late 1990s. Last year, he alleged he had damaging information on the Director of BIS Michal Koudelka, which he purportedly shared with Babiš to facilitate Koudelka’s dismissal (Babiš has not yet yielded to the pressure). Zeman then upped the ante when he asked BIS for a list of Russian spies and ongoing operations. The request was refused, reportedly because some of the president’s closest advisors lack security clearance and have significant business ties to Russia.

Klaus, his predecessor, was one of Vladimir Putin’s “warmest admirers abroad” according to The Economist (others used ruder language), and was elected president with the support of the Czech Republic’s unreformed Communist Party, despite his self-proclaimed Thatcherite sympathies. He has defended Putin over the conflict in Ukraine, criticized anti-Russian sanctions, and characterized Russia as a victim of Western expansionism. He is also an outspoken Eurosceptic, opposing numerous aspects of European integration.

Zeman’s inauguration in 2013 was seen by some as a partial break from Klaus’s foreign policy. During Zeman’s tenure as prime minister from 1998 to 2002, the Czech Republic joined NATO operations in Yugoslavia, which Klaus criticized. And Zeman began his first presidential term by ratifying the Treaty of Lisbon and hoisting the EU flag above Prague Castle, actions that were anathema to his predecessor. In contrast to Klaus, Zeman proudly described himself as a Euro-federalist and repeated this phrase as recently as 2017.

But there has long been evidence of close ties to Russia. Zeman has repeatedly fended off allegations that his 2013 presidential campaign was sponsored by Lukoil, although the vice-chair and sponsor of the President’s political party (SPOZ), Martin Nejedlý, was at the time Lukoil’s Czech representative. Nejedlý has accompanied Zeman on his visits to Vladimir Putin and supports Russia’s bid for the Dukovany Nuclear Power Station tender. In 2018, the media also uncovered a Russian web of shady donations to SPOZ that involved the godfather of President Putin’s daughter.

Zeman argues that his more recent criticisms of the EU are constructive, and does not see a contradiction between being pro-EU and friendly towards Russia. Nevertheless, he supported a Czexit referendum, while saying he would nevertheless vote to stay.

But while there are clear differences of emphasis between the two men, there are more similarities. Part of the largely unspoken Zeman-Klaus nexus may be about age (they are both wartime babies, aged 76 and 79) and lived under communism until middle age. But they also share a dislike of liberal thinkers, some affection for Russia, and a fierce dislike of Islam and its adherents. Zeman has characterized Islam as an aggressive, intolerant “anti-civilization” financed by oil and drugs. The West, he believes, needs Russia on its side, as the “greatest conflict of the 21st century shall be waged between the Euro-American and the Islamic civilization.” Klaus, meanwhile, has spoken at the conference of the anti-Islamic Alternative for Germany (AfD).

But if one thing unifies the two men, it is a shared rage at their enemies. Zeman remains furious that his old Social Democratic party refused to support his first bid for the presidency in 2003. He backed Klaus in 2008 and Klaus returned Zeman’s endorsement five years later, as part of an informal pact against the political establishment. Klaus has used sulfurous language against opponents throughout his career (journalists were described as the “enemies of mankind” in the 1990s).

The late Václav Havel occupies the pinnacle of their disdain, although (or perhaps because) they continue to live in his shadow. The dissident playwright was a symbol of “elitist post-democracy” according to Klaus, and “our most overrated politician” in the eyes of Zeman.

But not for ordinary Czechs. A poll last year showed Havel is regarded as the best post-revolutionary head of state by a mile. The numbers are overwhelming: almost 60% of Czechs name the former dissident, while Zeman and Klaus scored 16% and 13% respectively (among those under-45s, Havel’s lead was more than 7-1).

Havel left behind a pro-Western and Russia-sceptical foreign policy legacy that his successors love to trash, partly out of conviction and partly, it sometimes seems, out of sheer spite.

In 2023, when a new president is elected, the Czech Republic will have another chance to decide whether to support Russia’s preferred candidate or someone new with a greater enthusiasm for NATO and the EU. At the moment though, credible pro-Western candidates are scarce.