Despite the Russian invasion of Ukraine, the Mediterranean region remains Italy’s main geostrategic focus for security and defense policy. 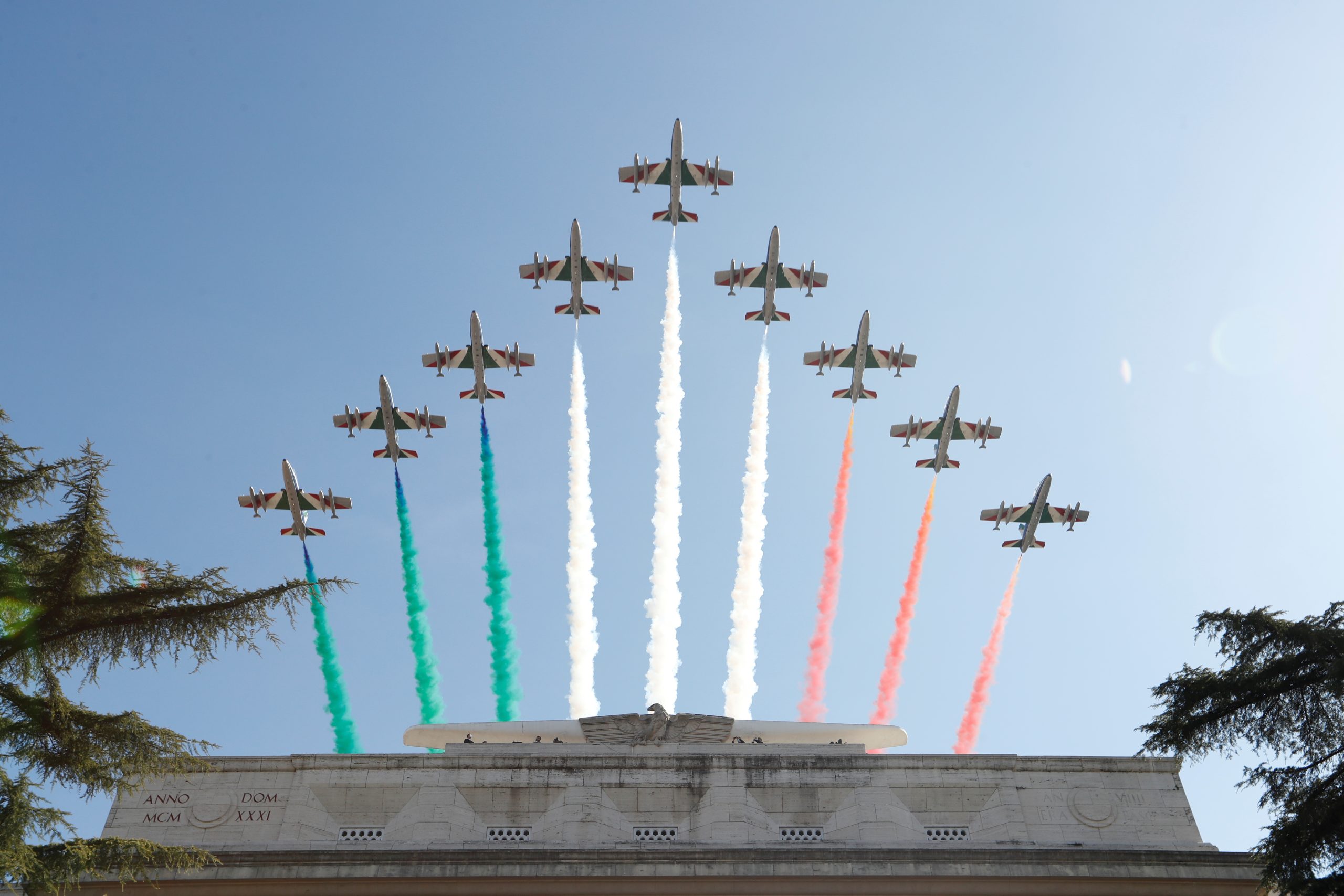 Photo: Italy's acrobatic Air Force squadron blaze the colours of the Italian flag over the capital as they celebrate the 98th anniversary of the establishment of the Air Force, in Rome, Italy, March 30, 2021. Credit: REUTERS/Remo Casilli

Against the backdrop of the war in Ukraine, the publication of Italy’s security and defense strategy for the Mediterranean went mostly unnoticed. Yet the document, released by Defense Minister Lorenzo Guerini in June, is important in outlining the country’s strategic priorities and its defense posture.

From a foreign policy perspective, Italy’s definition of the broader Mediterranean encompasses not just the coastal countries of North Africa and the Levant, but also the greater Middle East and the Sahelian belt, as far as the Arabic Gulf in the east and the Gulf of Guinea in the south.

The Mediterranean accounts for roughly 30% of global maritime trade, with Italy playing the leading role among European Union countries in short sea shipping in the region, covering almost 40% of the market. Maritime trade also represents a key component of Italy’s overall trade sector (36%), with a value of €249bn ($254bn) in 2019. As trade accounts for 63% of the country’s GDP, the country’s strategic focus on the Mediterranean is obvious.

The region also includes some of Italy’s main trade and energy partners, such as Algeria, Iraq, and Libya, which will become even more important as the country progressively cuts its dependence on Russian hydrocarbons. Since 2021, Algerian gas supplies to Italy have increased by 50% to 23.4bn cubic meters (Gmc), and now cover more than 31% of its gas imports. An additional 4 Gmc was secured through an agreement with the Algerian energy company Sonatrach in July. Elsewhere, Iraq provides 14% of Italy’s total oil imports and remains a cornerstone of the country’s energy security alongside Libya (19%) and Saudi Arabia (10%).

While Italy is prioritizing renewables, the short- to medium-term importance of these states means any threat to their security and stability could damage Italy’s economy. Except for Saudi Arabia, all these countries are affected by different forms of instability, ranging from political volatility and social unrest to long-standing civil conflicts and persistent terrorist insurgency.

The Mediterranean is also a strategic chokepoint for global connectivity and communications, as the location of key maritime hubs and underwater cable bundles connecting Europe, Africa, and Asia. As competition across the region intensifies, the protection of such critical infrastructure from competitors and hostile actors has become a priority.

Similarly, threats such as piracy in the Gulf of Guinea — where Italy has important energy stakes — transnational organized crime, and the proliferation of jihadist and other non-state armed groups require flexible and rapidly deployable military capabilities. These will need to be joined up with a wider approach based on democratic reforms and sustainable socio-economic development, to solve entrenched problems — like socio-economic problems and poor governance — that cannot be addressed militarily.

The increasing assertiveness of competitors such as Russia and China also means Italy needs to strengthen its military capabilities to retain credible deterrence and stay at the forefront of NATO’s defense of its southern flank.

Russia has deployed a naval flotilla to the Mediterranean that can count on at least two Slava class cruisers for air-defense and anti-ship roles, two frigates, and a Buyan-M class corvette equipped with Kalibr cruise missiles, which can also be launched from two upgraded Kilo class submarines. Based at the refurbished and expanded Syrian port of Tartus, the fleet represents a credible threat to NATO’s southern members. That is augmented by Russian combat jets and shadowy private military contractors unofficially deployed in Libya, Mali, Sudan, and the Central African Republic.

In light of these multiple challenges, Italy is rethinking its defense in the broader Mediterranean, in line with two key objectives:

While the new NATO Strategic Concept reflects Italy’s concerns over the stability of its southern neighborhood, the coming period will be a test for both the alliance’s inner cohesion and its ability to continue prioritizing its southern flank in the face of Russia’s threat in the east. Guerini has described the threats to Euro-Atlantic security from the south and east as “indivisible” and sees a rock-solid partnership with the US as essential to maintaining the alliance’s defense of both fronts.

These goals can be achieved only through a modern, technologically advanced military that can conduct complex multidomain operations, and there are many reasons why the road to realizing them may be bumpier than expected.

First and foremost, political turbulence at home, and the prospect of a right-wing government replacing Mario Draghi’s collapsed executive, makes it probable the strategy may be reviewed by an incoming administration.

Second, the difficulty in implementing a defense strategy without articulating a clear definition of Italy’s national interests in the region. The longer it takes, the harder it will be to create a political consensus and improve domestic awareness, both of which are necessary for a smooth decision-making process.

Third, the limitations of a traditional security-centered approach to the region’s problems. There’s a need to rethink the role of the military as part of human security alongside social, political, and economic evaluations. The strategy’s reference to a “systemic approach,” under which the armed forces would be deployed in cooperation with other national institutions and branches, is a first step in the right direction.

Fourth, constraints imposed by the reliance on allies for demanding multidomain or expeditionary operations, amplified by divergent interests and threat assessments in both the EU and NATO. The lack of some military capabilities has emerged several times in recent years and is by no means specific to Italy. France, for example, had to rely on air-lift assets from the UK and Denmark to sustain its Barkane Operation in Mali. At the same time, political differences and opposing economic interests have often led Italy and France to back rival factions in Libya, hindering an already complex peace process.

Finally, human and material challenges affecting Italy’s armed forces. While total investment funds in 2021 were 40% higher than in the previous year, and are expected to increase again in 2022, cash alone does not guarantee overall military effectiveness. The Italian armed forces suffer from a high average age, severe understaffing in some branches, and a chronic lack of resources in the implementation (esercizio) segment, with direct consequences for training, personnel readiness, and equipment maintenance

Only by addressing these problems will Italy be able to successfully implement its ambitious strategy for the Mediterranean.