The Welles Declaration defined U.S. and Western policy toward the Baltic states during the long Soviet occupation. 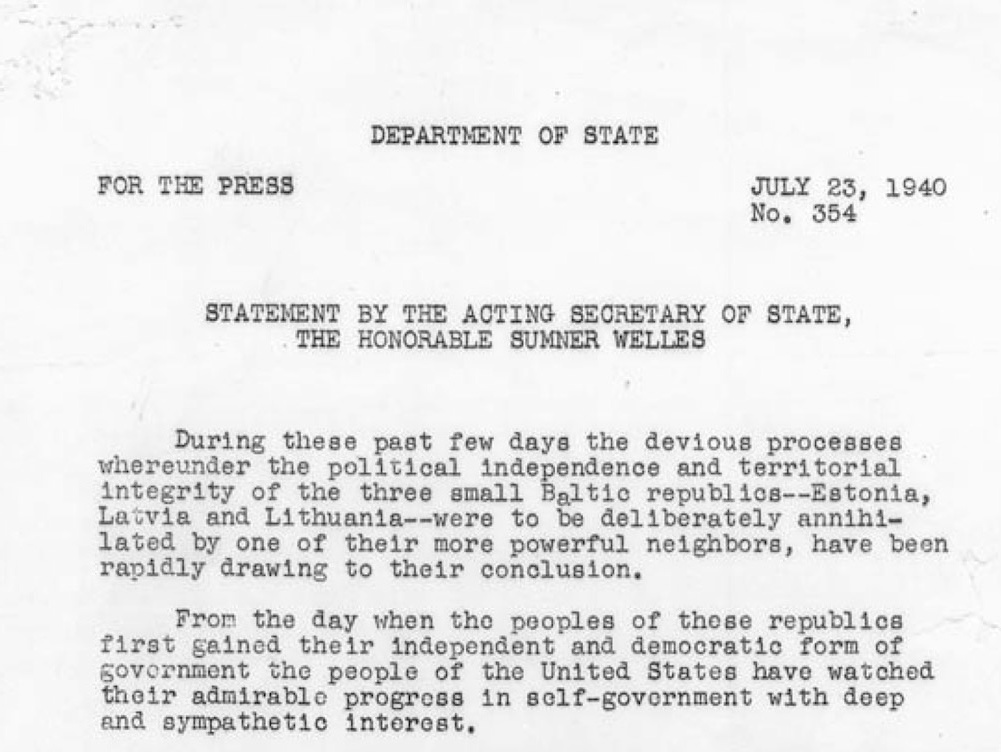 Eight decades ago, the Soviet invasion, occupation, and annexation of three small European nations was declared illegal and illegitimate.

Following the Soviet annexation of Estonia, Latvia, and Lithuania, acting U.S. Secretary of State Sumner Welles issued a declaration on July 23, 1940 affirming in no uncertain terms that the United States would not recognize the incorporation of these states into the USSR. More than 50 countries followed suit.

This history is relevant today as Vladimir Putin’s Kremlin regime becomes increasingly revanchist, increasingly aggressive toward its smaller neighbors, and increasingly menacing toward the Baltics.