Faced with the brutal economic consequences of its war of choice, the Kremlin is falling back on old-style communist-era policies. 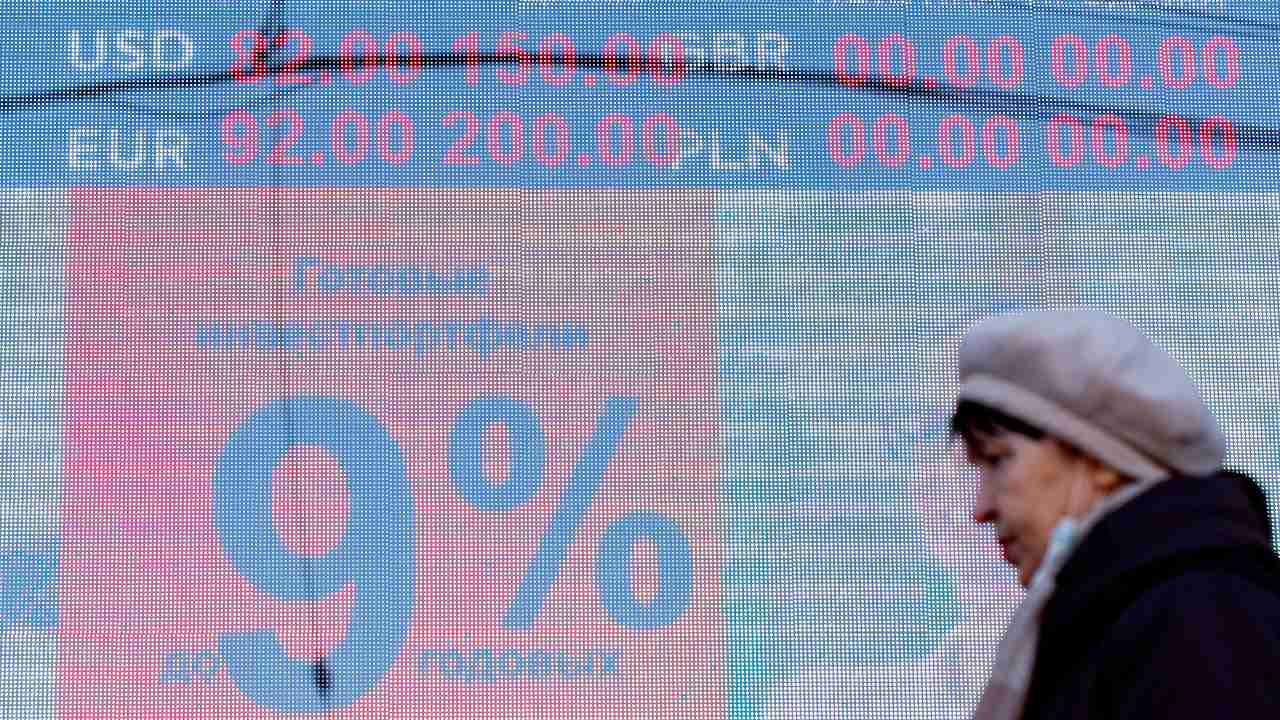 Photo: KALININGRAD, RUSSIA - FEBRUARY 24, 2022: A woman walks past a digital board displaying the current rates outside a currency exchange office. As of 10am, the Moscow Exchange has reported the US dollar and Euro trading at 89.6 and 99.99 respectively against the Russian rouble, thus reaching their historic highs. Credit: Vitaly Nevar/TASS.

Vladimir Putin’s strategy to stop Russian IT specialists from heading for the exit is very telling — they will be offered affordable housing and they will not have to fight in his war. All qualified staff will be able to defer conscription to the army as an inducement. Putin signed a decree including these measures on March 2, just a week after the start of the war.

It seems to have had almost no effect whatsoever — according to conservative estimates, more than 70,000 IT specialists have already left the country, with another 70,000 expected to leave next month.

Those measures sound desperate, inadequate, and very Soviet, part of the larger Russian drive to deal with the aftermath of the sanctions by falling back on the methods of the Soviet era.

In Soviet times, the economy of the huge country, which stretched from the Siberian permafrost in the north to Sochi’s subtropical climate in the south, lived on orders from the top. All enterprises and factories, along with collective farms, had to act according to the central plan, updated every five years by the authorities in faraway Moscow. It didn’t work very well.

The Soviets went a long way to develop this type of national management. Several steps were fundamental to their approach. Nationalization of foreign business after the revolution was part of Lenin’s approach – not a strategy but a series of ad-hoc, hastily adopted measures to deal with the hardships caused by the military dictatorship. Enterprises with foreign shareholders were nationalized, a move followed by a complete disregard for intellectual property rights. Add to that the repression of enterprise management and thereafter a centrally planned economy coupled with administrative-command management looked a logical and natural step.

In 2022, the Russian government began discussions about the nationalization of foreign businesses on the third day of the war: Dmitry Medvedev, a deputy head of the Security Council, posted an angry text on February 26, mentioning the option of taking into state ownership the property of those entities registered in “unfriendly countries.” Just 10 years ago, Medvedev was the Russian president and hope of Russian liberals, known for his adoration of Apple gadgets.

On March 10, Vladimir Putin supported the concept of nationalization — talking specifically of the nationalization of the Russian assets of those foreign companies which pulled out of Russia. (That number now totals more than 450 firms.) A few days later, a draft on nationalization was prepared by the government. It is under consideration by federal ministries now, and is expected to be sent to the Duma for a vote very soon. Pro-Kremlin activists of “The Consumer Public Initiative” have already compiled a list of approximately 59 foreign companies which might be targets of nationalization – the list includes Shell, IKEA, McDonald’s, Microsoft, and Apple.

It all looks like an angry, hastily improvised response to the sanctions nobody was ready for. But is it?

The Russian economy began its drive towards something resembling the Soviet model after the annexation of Crimea in 2014. In 2015-2016 Russian oligarchs were losing their contracts in the West and the government offered them help via state contracts — mostly provided by the military, which was undergoing a massive program of modernization. In six years, many Russian industries became, essentially, once again part of the military-industrial complex. The corporate culture changed accordingly: our sources in the big oligarchic holdings who once talked about fighting among oligarchs started talking about “military acceptance” — a Soviet-era term meaning the permanent attachment of military personnel within enterprises to oversee the production for the army.

The next logical step was a drive back to the planned economy, and last December Vasily Shpak, deputy minister of industry and trade, told Kommersant: “We have to ensure a new type of industrialization, and for this, we will have to change a lot in our approaches to managing the economy and managing industry . . . Vladimir Putin said at the Valdai Forum that the existing model of capitalism has exhausted itself and now a different model is being sought. And to come up with something new, you need to look back. I’m not saying that you need to copy the old [approach] one to one. But you need to consider successful examples.

Therefore, the planned economy does not scare me.”

Before joining the ministry, 44 year old Shpak made his career in an enterprise that is part of Rostek, the leading corporation of the Russian military-industrial complex. Shpak made this remark about a month before the war started.

In the meantime, shop prices are rising all over the country. And here too the official tone had a distinctly historical ring. A member of the State Duma from the ruling party, United Russia, suggested reinstatement of the crime of “speculation”. This was first made an offense in Lenin’s decree “On speculation” in July 1918, which effectively banned all kinds of trade except for the state.

One of the main goals of the Soviet approach was to create a system of autarky, an economy independent from foreign countries, many of which were considered enemies. No one can doubt the success of the Soviets in creating an economy isolated from the West.

These days isolation arrived not as a goal, but as a price for the invasion of Ukraine. The Soviet elements of state control seem to be falling into their proper places, nevertheless. 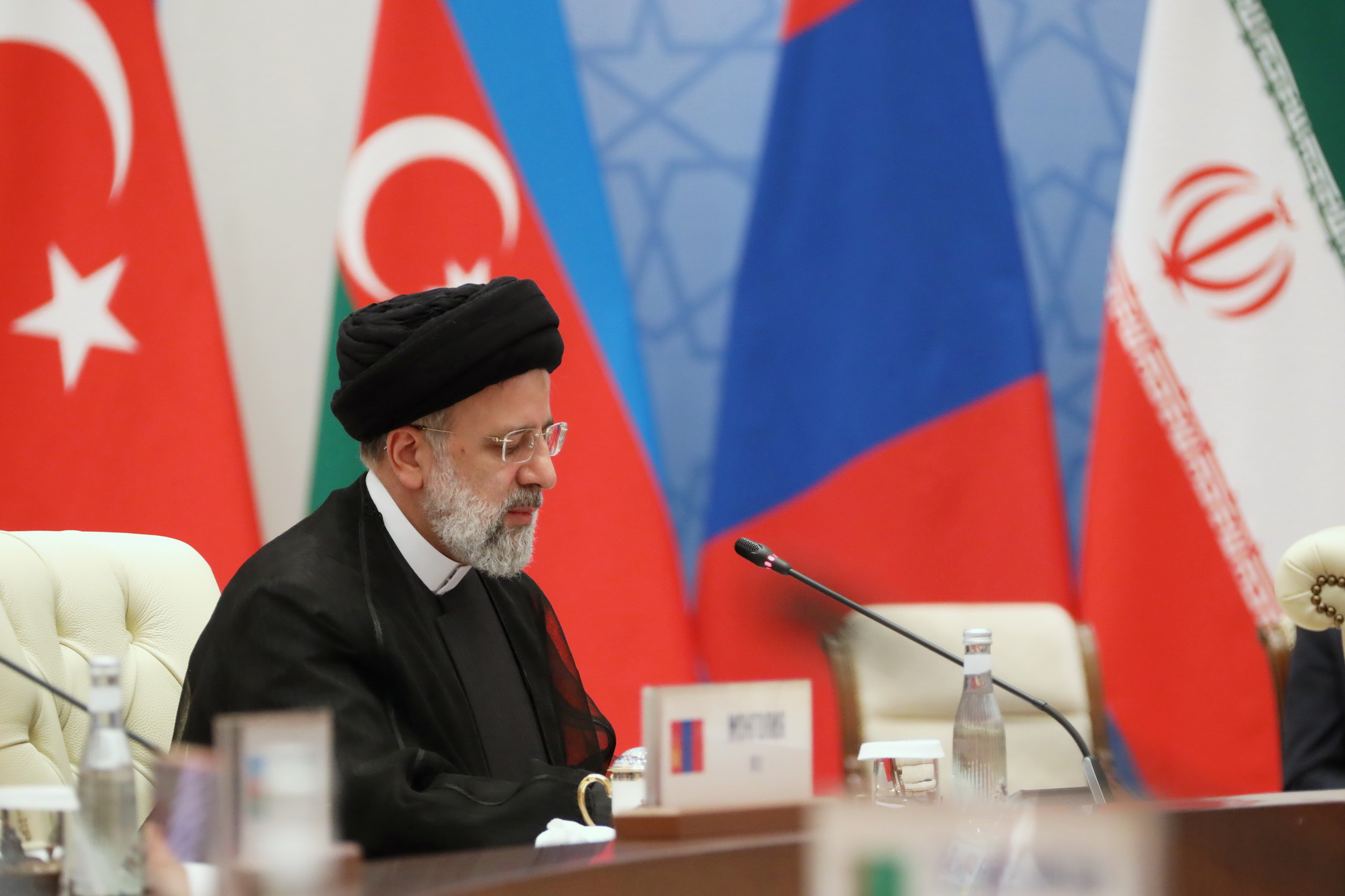 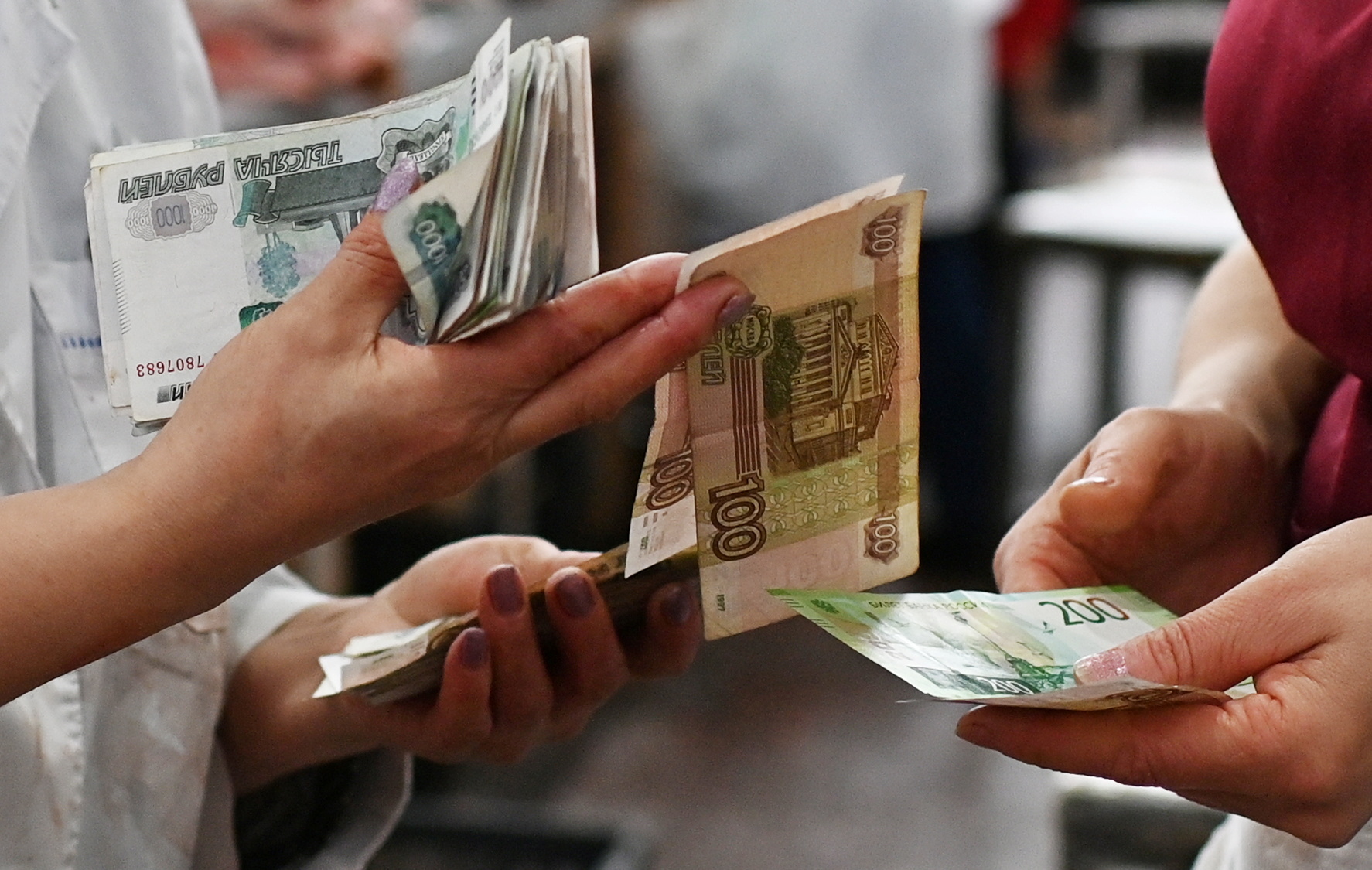