Russian society is split over the war, but so is the anti-war movement itself. 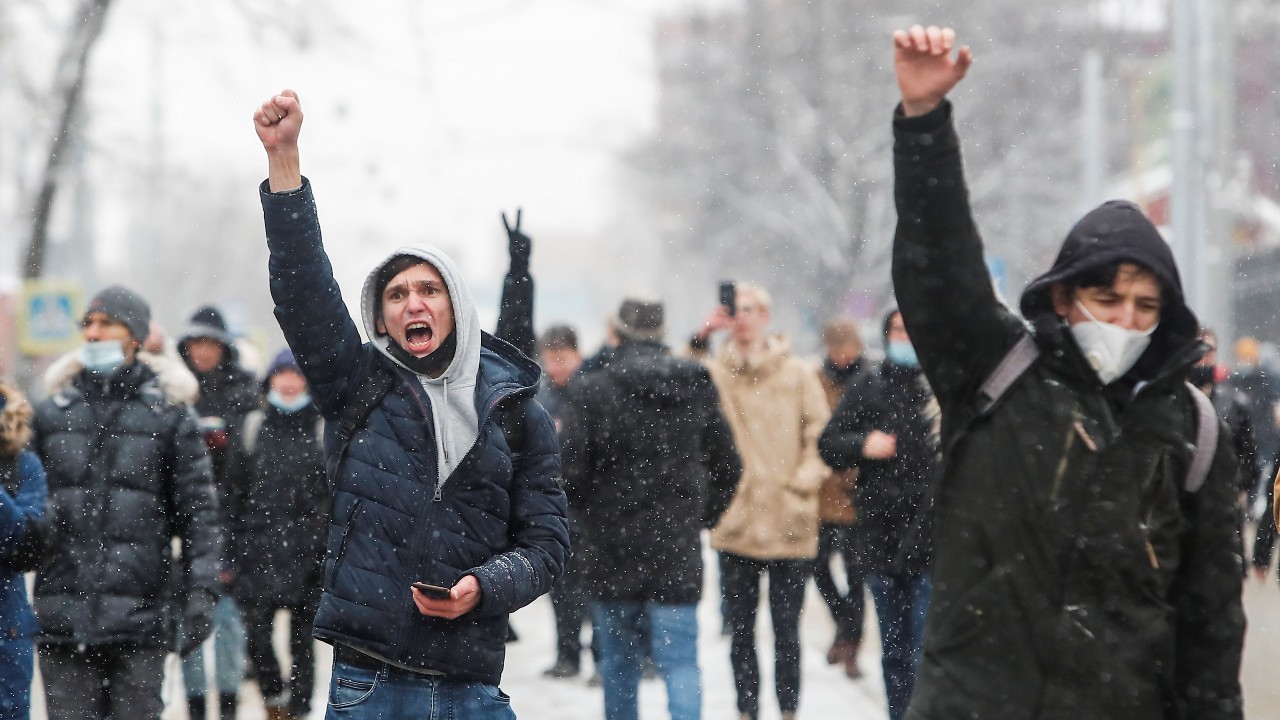 Russia’s full-scale attack on Ukraine has caused not only massive death and tragedy, but also gave birth to a deep division in Russian society. This is not just between those who favor and oppose the war, but also among the opposition groups that categorically condemn Vladimir Putin’s invasion.

The most divisive issue is the question of emigration, and more precisely the conflict that has flared between those who left the country after February 24 and those who stayed. In mid-June, the well-known psychologist Lyudmila Petranovskaya who holds dissident views, wrote in a social media post that those who left have “lost the right” to speak in the name of “fighters against the regime,” are no longer part of them, and have no right to offer advice to those who remain. Petranovskaya termed such advice “shameless.” Her thoughts were echoed by literary critic Galina Yuzefovich, who declared that leaving Russia is “not courage . . . but a privilege which only a lucky few have.”

The posts elicited a wave of indignation among political emigrants, many of whom argue that leaving Russia was the only way to continue the struggle, and who left not because they had an opportunity. In particular, activist Dmitriy Chernyshev explained that Russian émigrés had to give up everything they had, and begin a new life from scratch. He colorfully described Petranovskaya’s words as stupid, and promised to constantly remind those who remained of their inaction and “spoil their holiday.”

The splits don’t end there. Some emigrants believe efforts should be made to assist those who are still back home, including protecting their interests abroad, and opponents of such an idea. This was manifested at the end of May when Garry Kasparov, Mikhail Khodorkovsky, and other prominent Russian oppositionists created the Russian Action Committee. It is inviting Russians to sign a declaration condemning the war, declare their support for the territorial integrity of Ukraine, and denounce the Putin regime as illegitimate.

According to Kasparov, the Committee is willing to provide legal representation to protect the interests of signatories of those who sign the declaration in Western countries. In the future, its creators hope to create a sort of “virtual state” which can issue alternative passports for its “citizens” and thereby help distance them from the Putin regime and avoid bearing the consequences of a war they did not support.

This was not embraced by everyone. There was a flurry of criticism from the Russian emigrant community, with a number arguing that it was morally unacceptable to help those leaving Russia while Ukrainian refugees continued to endure such suffering. Others observed that signing a declaration does very little to fight the regime and that much more must be done to stop the war. The declaration’s supporters respond that efforts to help Ukraine do not exclude defending Russian enemies of Putin from discrimination abroad.

A third fault line is less noticeable among the Russian diaspora. This is the division between “old” political emigrants and those who are leaving the country today. In fact, according to the oppositionists themselves, the percentage of political emigrants leaving after February 24 is quite small. Many of those now outside Russia openly state that they have left for countries like Georgia, Armenia, and Turkey to wait out the storm in their homeland and expect to return once things have died down. They prefer to call themselves relocators rather than emigrants. Independent sociologists agree that some of this “new wave” has already returned to Russia.

But for many, that is not an option. Thousands are political refugees who cannot return due to political persecution, but who cannot obtain political asylum or permanent residence in their host countries. For example, in the United States, many applications for political asylum are stuck in a backlog, and it is difficult to predict when they will be unblocked. Since the beginning of the war in 2014, Ukraine has very rarely granted political asylum to applicants from Russia. Georgia, according to refugees, is afraid of aggravating the Kremlin, while Israel is wary of anyone who has been subjected to political persecution, and so on.

Garry Kasparov said in a conversation with this author that the Russian Action Committee would like Western countries to protect all Russian opponents of the war regardless of the date of departure from the country. However, in practice, current programs for preferential visas and internships developed by several Western countries apply only to those leaving now. That has caused some bad feelings among those not covered.

In short, rather than much-needed unity among the opponents of Putin and the war he unleashed, there is a deepening rift among Russian dissidents. This is of course fully understandable given that many Russians have been badly affected by Putin’s shift to outright dictatorship and their pain has become an emotional trigger. Russian propaganda meanwhile seeks to take advantage of the split in an attempt finally to marginalize the opposition in the minds of the pro-war Russian majority.