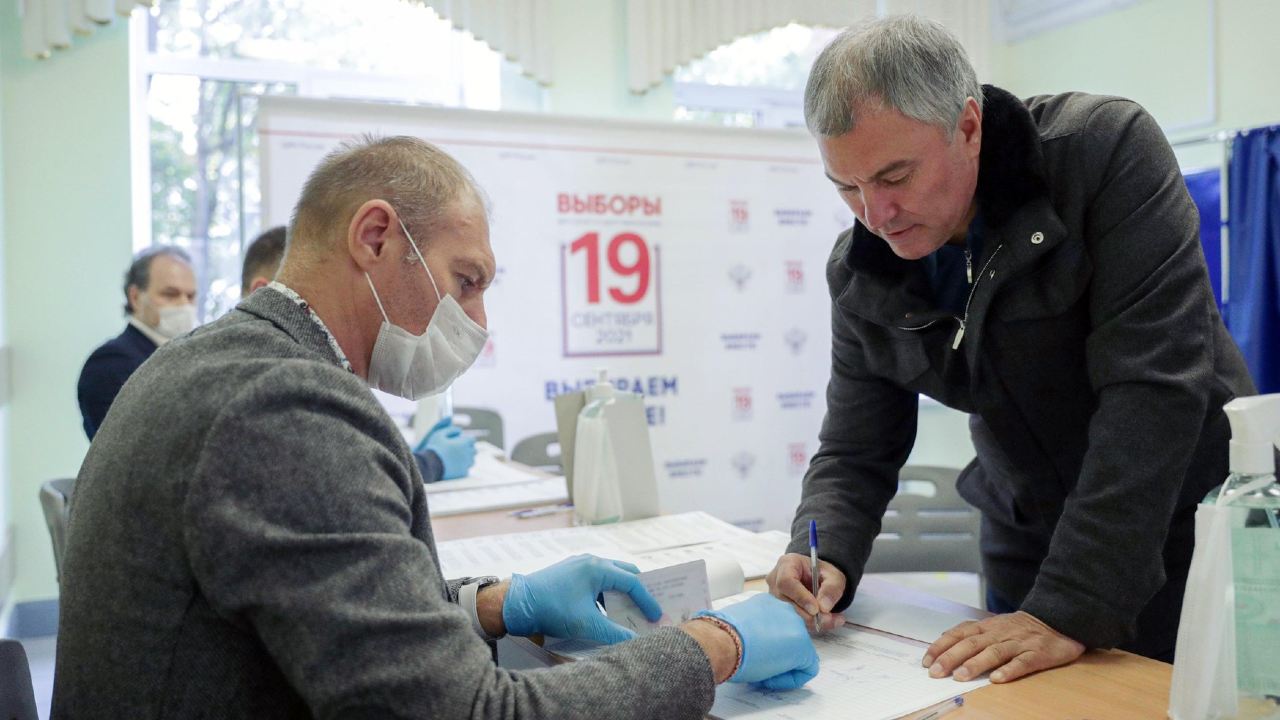 Despite a significant and visible campaign to steal and distort the Duma elections, there were no mass protests. What does this say about the state of the country?

According to the calculations of Sergey Shpilkin, a data analyst who has analyzed Russian elections for many years and widely acknowledged as an authority, 13.7 million votes ostensibly cast for United Russia in the proportional branch of the legislative election, where citizens vote for party lists, may have been falsified.

This means that the ruling party’s actual support is roughly half what was officially registered. And many of those who were elected will not take up their seats: this includes four of the five people who headlined the ruling party’s ticket nationally, among them foreign minister Sergey Lavrov and defense minister Sergey Shoigu. None of the regional governors who headed a regional list as so-called “steam locomotives” — well-known personalities who are nominated to “pull the list ahead” — will do so either. Among those who will get a mandate due to these withdrawals and the peculiarities of the voting system is the Russian agent Maria Butina, who was convicted in the United States for acting as an unregistered foreign agent, and became infamous in Russia as a provocateur of the state-owned TV network RT, even though she ran in the Kirov Region, where United Russia spectacularly underperformed.

The other element of the electoral system, where individual candidates are elected in single-mandate constituencies (SMDs), produced even more strongly skewed results. United Russia won 198 of 225 such districts, just short of its 2016 result of 203, even though the party’s popularity has dropped considerably in the past five years. In many of these districts, United Russia candidates benefited from a fragmented opposition vote (which often involved strategically placed spoiler candidates) and won with a result well below 50%. The party won 13 districts with less than 30 percent of the vote. Many of these are in so-called protest regions, which saw increased local political and civil activity over the past years (and where therefore rigging the election is a riskier affair). In short, the election did not solve United Russia’s legitimacy deficit. If anything, it exacerbated it.

So where are the protesters who flooded the streets of Moscow and St. Petersburg  in December 2011, after an election which saw similarly widespread rigging in favor of United Russia?

Fixing the election was a long process, which long predated the actual vote between September 17 and 19. Many assumed — myself included — that while the result would be rigged, the Kremlin would take extra care to make the vote look as legitimate and acceptable to most voters as possible. This did not happen. Looking at the campaign in its entirety, the focus of the authorities was on two things: organizing the electoral system in order to minimize the risks of getting caught rigging the vote; and changing the calculation for disgruntled citizens and opposition supporters to discourage them from protesting.

The first was achieved through the introduction of novel elements into the electoral system, including three-day voting (first tested in 2020) which allowed rigging to be spread out across several days; online voting, an opaque process prone to coercion and fraud that is hard to detect and explain (it involves blockchain analysis); as well as bussing voters from eastern Ukraine to the Rostov Region. The second was a product of widespread but targeted crackdown on opposition groups (e.g. Navalny’s regional network and the infrastructure of his Smart Voting initiative), pressuring figures who usually spearhead protests (many of whom were jailed or forced to flee), investigative outlets, and active opposition supporters, including through leaks of their personal data. Securitizing the discourse around the election, with virtually any form of dissent being declared foreign meddling and thus a national security threat, probably also shifted risk perceptions.

All of the above will likely be central elements of Russian politics in the coming years, in the run up to the 2024 presidential election. For starters, the Kremlin has already suggested extending online voting to the whole territory of the country, and the government has just proposed increasing the budget of security and law enforcement services by 28% over the next three years. This does not exactly signal a government confident that it can win an honest and competitive election.

But perhaps there is nothing to fear. Having successfully pulled off a new constitutional supermajority and intimidated or jailed opposition figures and supporters, the main ascending opposition force that the Kremlin has to reckon with is the Communist Party, which managed a significant increase in its votes in the election to an official figure of about 19% . This was caused by a mixture of factors, ranging from being the main beneficiaries of Navalny’s Smart Voting system, designed to mass support behind the best-placed opposition candidates, to grassroots activism.

Yet the party seems wholly unsure of what to do with all this. On September 25, as several of the party’s candidates rallied voters in the capital, the party’s head, Gennady Zyuganov, was meeting with Vladimir Putin, where he failed even to mention the dodgy online voting in the capital. In an even more surreal touch, several protesters chanted “down with the chekists” — a colloquial word for security officials, based on the name of the Soviet Union’s first security agency — as law enforcement surveilled the Communist party’s headquarters. The day was a perfect snapshot of the tension between the party’s collaborationist leadership, which prefers background deals with the Kremlin, and a typically younger and more activist base that wants a more genuine opposition force. Much will depend on which wing gains the upper hand in the party’s upcoming change of guard.

There are similar questions about the New People party, the only new party that made it into the Duma, thanks in part to active help received from the authorities and the Kremlin-controlled media. The party, founded by cosmetics tycoon Alexey Nechaev, and headlined in the campaign by Sardana Avksentieva, a popular former mayor of Yakutsk, seems like an experiment. New People positioned itself as a technocratic, slightly more liberal alternative to United Russia, focusing on regional issues, several of which risked becoming a headache for the authorities. What makes the party a gamble is that unlike the rest of the (tame) “systemic” parties, it is not a decaying, but an ascending political project, on which some in the elite might be tempted to place bets.

Most importantly, though, the underlying issues that made the elections a concern for the authorities (from sagging growth to a mismanaged pandemic, from concerns about lawlessness to declining trust in the government) have not been solved by a vote that produced more of the same. While protests seem to be off the table for now, other movements will try to harness the energy of fed-up citizens. And some may succeed.