Two weeks into Russia’s biggest invasion of Ukraine, things are not going to plan. 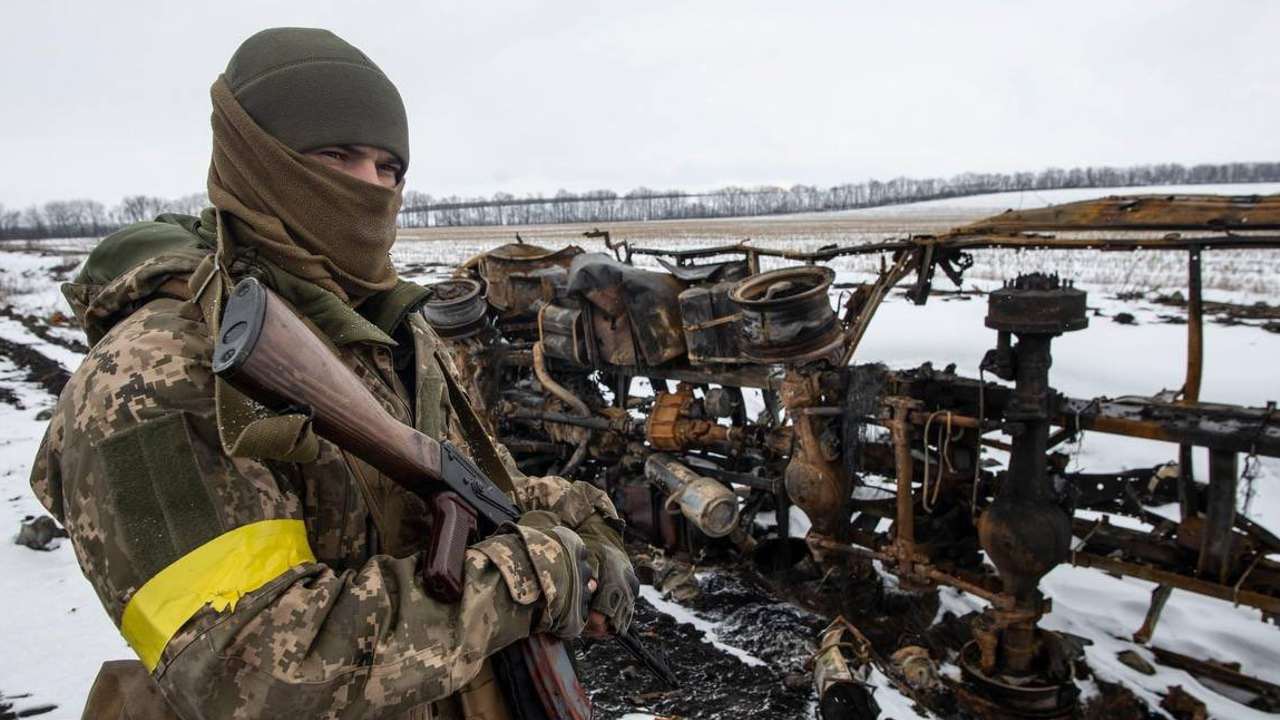 Russia’s military operations failed to reach the initial goal of quickly subduing Ukraine and now seem bogged down in a war of attrition that could turn into a human and logistical quagmire.

There seem to be two simultaneous Russian warfighting plans unfolding now. First, the Kremlin is approaching the capture of major urban centers through siege warfare. Sabotage groups and Special Operation Forces (SOF) had already moved inside cities like Kharkiv and Kyiv at the onset of the war. Currently, cities like Kherson and Mariupol in the south have also been besieged. The fate of other Black Sea cities like Odesa, remains undecided but could experience similar ground and coastal operations.

A long column of heavy artillery and ground troops is still approaching Kyiv to conduct mass, concentrated fire against the capital. That threatens a terror campaign of indiscriminate shelling that will force civilians to flee and enable the entry of Russian troops. Russian forces would use the flow of refugees fleeing cities to move in with extreme brutality.

Unsurprisingly given its past history (civilian hostage taking has already been used by Russian forces in Chechnya and Syria), the Kremlin has used humanitarian corridors across Ukraine in order to pressure the Ukrainian government and justify further aggression. Urban warfare in Ukraine will take weeks — if not months — of siege and mop-up operations, which might give Russian military planners pause as to what they can credibly achieve.

Second, Russian ground troops are conducting movement warfare inside Ukraine to link pockets of seized territory along the borders before pushing further inland. If and when this is achieved, it would give Russia more depth to potentially move further inland with a wider ground invasion.

Further Russian advances have been made in the South of Ukraine from occupied Crimea. Operations recently focused on creating the often-discussed land bridge joining occupied Donbas with Crimea, after intense fighting over Mariupol in the past few days.

This phase is also characterized through indiscriminate shelling, and tactical aviation is also taking a more active role in bombing sorties. With this in mind, it may be that Russia has reassessed its tactical-operational objectives and is preparing for the scorched-earth tactics seen in past operations.

A war of attrition

It is impossible to predict how the war will evolve in the coming weeks. However it is likely to turn into a war of attrition for all parties. This begs the question of the sustainability of the conflict over time and space.

On the Russian side, the dual approach to warfighting is constrained by multiple setbacks. Morale and will-to-fight among Russian troops is likely to be affected as operations drag on. Cases of desertion or abandoned hardware have been observed, although they are far from being a systemic factor.

Russian troops are actively misdirected and fooled by resourceful Ukrainians. Units are suffering numerous casualties and the Kremlin’s fabricated narrative seems increasingly impossible to sustain. Russian soldiers simply do not have a legitimate cause to fight.

Low motivation is compounded by the fact that the armed forces are reportedly experiencing logistical issues, from resupply problems to the stalling convoy assigned to besiege Kyiv. Mistakes are made too: several field commanders have reportedly been killed since the start of the war.

Indeed, Ukrainian troops have managed to withstand the initial onslaught and successfully pushed back the invader in several locations. When Ukrainian counter-offensives are mounted, troops are able to retake the initiative and hold off further Russian advances, for instance in Mykolaiv and Zaporizhzhia.

The battlefield is highly contested, and troops are not advancing as fast as Russian planners had probably initially hoped. The truth might be in numbers: there are simply not enough Russian troops to achieve a takeover of a Ukraine that is not just figuratively up in arms. Russia reportedly mobilized fewer than 200,000 soldiers, which is the size of the Ukrainian army.

No invasion is won on such a disadvantageous ratio of troops, especially as Russia does not seem sufficiently confident to conduct large-scale land warfare and currently prefers smaller spearhead operations. Internally, committing more troops from other military districts or the bulk of conscripts, reservists, and even Rosgvardia would come with a high human and political cost for the Kremlin.

Russia has still not established air superiority and cannot deploy the full swath of its drone capabilities for reconnaissance and targeting operations. Ukrainian air defense is still operating, although in an increasingly degraded mode, and keeps pushing back against Russian tactical aviation. The absence of Russia’s air forces is confusing and successes in electronic warfare capabilities have been very limited, especially since Ukraine is fighting back innovatively.

Finally, Russia’s home front is another factor. The impact of international sanctions is starting to have a severe impact on ordinary citizens and the number of casualties will likely increase over the weeks. Indeed, Russia accepts it has lost 500 soldiers, although genuine numbers are probably much higher — Ukrainian sources talk about over 11,000 Russian troops killed in combat.

Meanwhile, Ukraine must also consider the sustainability of high-intensity operations. Troops are so far achieving relative success in containing Russian advances but have yet to launch a wider counter-offensive. Much also depends on territorial defense units and volunteers to organize and support operations in the rear, such as resupply and logistics as well as counter-insurrection operations.

As Western military assistance intensifies, it represents a tremendous stress test on Ukraine’s military logistics to deliver much-needed equipment and supplies to the right place and at the right time. All of this can only be achieved as long as Ukrainian forces maintain their ability to coordinate and communicate in a contested environment. Indeed, as Russia positions its own air defense systems and increases electronic warfare activities, the fog of war may well become thicker.

Overall, it is hard to see how Russia can achieve substantial military gains, let alone fulfill its political-strategic goals in Ukraine, as the conflict enters a critical phase. There is growing irritation in the Kremlin that the war is not going according to the initial plan (though no war ever does.) This irritation is leading to frustration, which increases risk-taking.

The attack on the Zaporizhzhia nuclear power plant on March 3 shows the Kremlin leadership is willing to accept extreme risks to achieve tactical-operational goals. Such reckless behavior might lead to further accidents and miscalculations — especially of the nuclear kind.

Russia based its war against Ukraine on false assumptions and a bad concept of operations. As attrition could turn into a military quagmire for the Kremlin, the specter of Afghanistan and the North Caucasus looms large.

Mathieu Boulègue is a Research Fellow with the Russia and Eurasia Programme at Chatham House – The Royal Institute of International Affairs.