Vladimir Putin’s recent choices of who to address and who to avoid reveal a troubling truth about Russia’s immediate future. 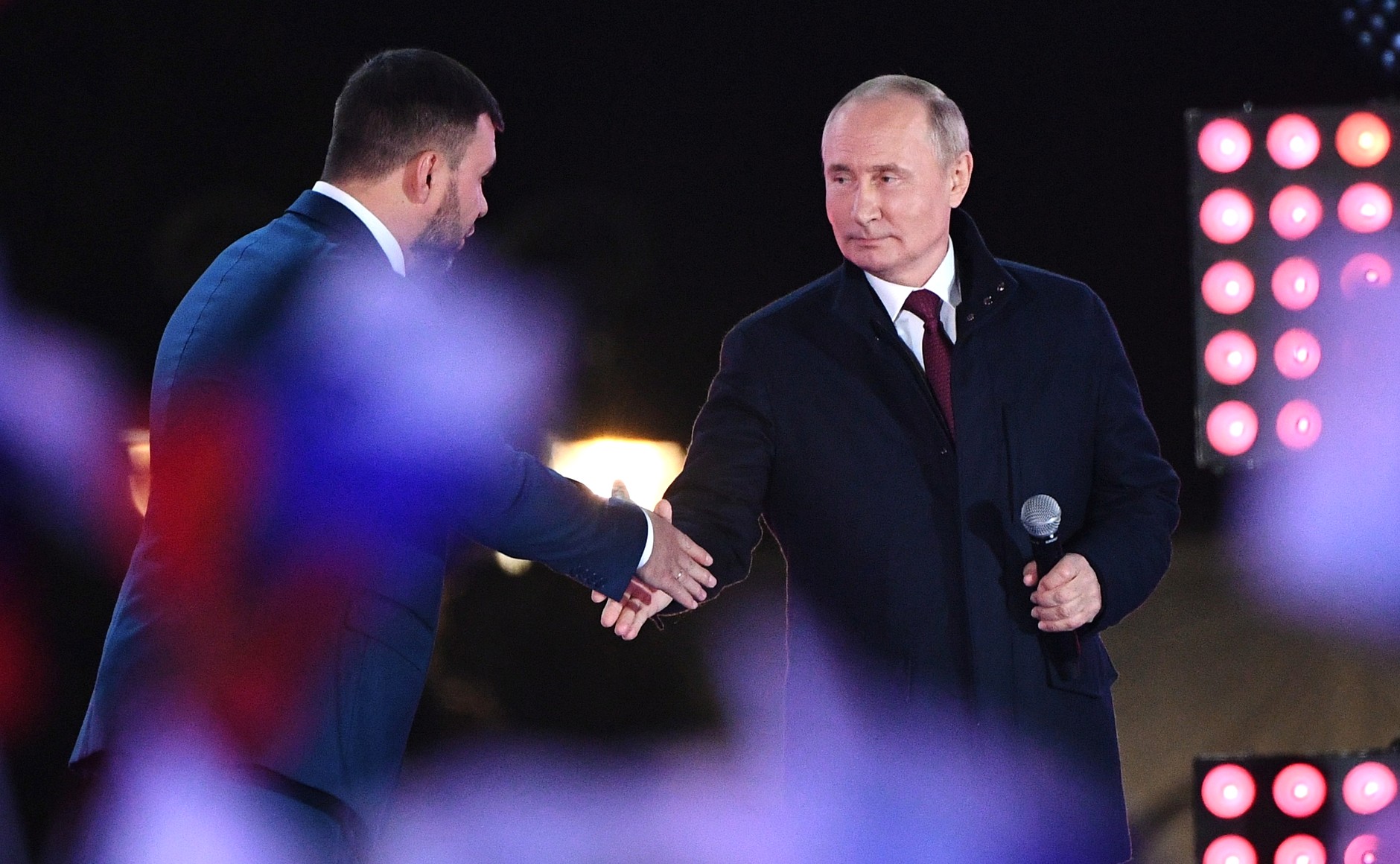 For weeks, the Russian media struggled with uncertainty as the Kremlin failed to signal whether Putin’s annual address to the Federal Assembly (both chambers of parliament) would take place. Finally, it was called off.

The leader’s traditional end-year press conference was also canceled, for the first time in a decade. And on December 20, the Day of the Chekist, the Russian president didn’t make it to the celebration, and limited himself to a video address. This is not a day like any other; it is the annual professional holiday for Russian state security officers, and a favorite of Putin’s, himself a former head of the FSB. By this point, the rumor mill was in overdrive.

Finally, Putin appeared in person, choosing the conference of the Ministry of Defense on December 21 to deliver a speech.

The Russian leader sounded irritated by Western counterparts who had failed, time and again, to understand his logic on Ukraine. Unlike the generals here before me, he told his uniformed audience, you at least know what I’m talking about. The message was plain enough; the head of state and his military were marching in lockstep.

Yet this was not unvarnished praise. The generals were told they must listen to voices critical of the war’s conduct. The military knew who he referred to because the day before (the Day of the Chekist), Putin was in the Kremlin, delivering awards to Ukraine war participants. Among these were pro-war bloggers, who have huge followings on the Telegram app, an immensely popular social media in Russia and one of the very few not blocked by the authorities.

There were messages aplenty for Kremlin watchers. It will have been noted that Putin chose to spend time with bloggers rather than with his old pals at the Lubyanka. The same day, he formed a working group on issues of mobilization and social support for “participants in the special operation in Ukraine” and included in the group prominent pro-war Telegram voices, like Semyon Pegov (WarGonzo, Telegram channel), a military correspondent Evgeny Poddubny, who also enjoys a huge following on Telegram, and a former military officer Mikhail Zvinchuk (the editor of the Rybar channel, which focuses on the war.)

Thus ended the most dramatic year of Putin’s time in the Kremlin, with a leader embracing the army and a noisy group of ultranationalists, rather than members of the Duma or the media.

Putin clearly had this in mind when he addressed the military: he didn’t limit himself to military matters or to the army’s problems but outlined what he saw as a future for Russia as a nation.

The all-out war which started in February as a presumably short military operation aiming to “denazify” Ukraine is going to be a long war. There was no indication of when and how it should end. Putin’s speech did not talk about any new objectives, but said that it is a continuation of the conflict Russia has been engaged in for centuries. Now it is time for the state and the Russian people to contribute to this war, he said.

Putin then instantly granted Defense Minister Sergei Shoigu’s request to beef up the armed forces by more than 30%, from 1.15 million to 1.5 million combat personnel. The new plan also means more military units of all kinds, from paratroopers to artillery and aviation; notably, Putin made the effort to dismiss any notion that these increases might set the Russian economy back onto the disastrous path which destroyed the Soviet economy 30 years before.

Shoigu also announced the end of “outsourcing” for the army. This means the repudiation of the strategy adopted by Anatoly Serdyukov, the previous minister of defense. Serdyukov, an official with a financial background, had tried to make the army financially and logistically efficient and stripped the military of those elements which could be supplied by the private sector.  Now Shoigu announced a return to the Soviet-style full-cycle army where everything is done in-house.

In this new reality, with a prospect of a very long war, Russian society has been designated by their president as a voiceless supplier of people and resources to the army. The parliament, even of the kind allowed by the Kremlin, the obeisant media, and any other institution which might have hoped for some independence, all of them must now find a way to fit into this new reality.