In the Midst of an Abysmally Managed Crisis, the Russian Leader ​Argues That He Should Rule Forever 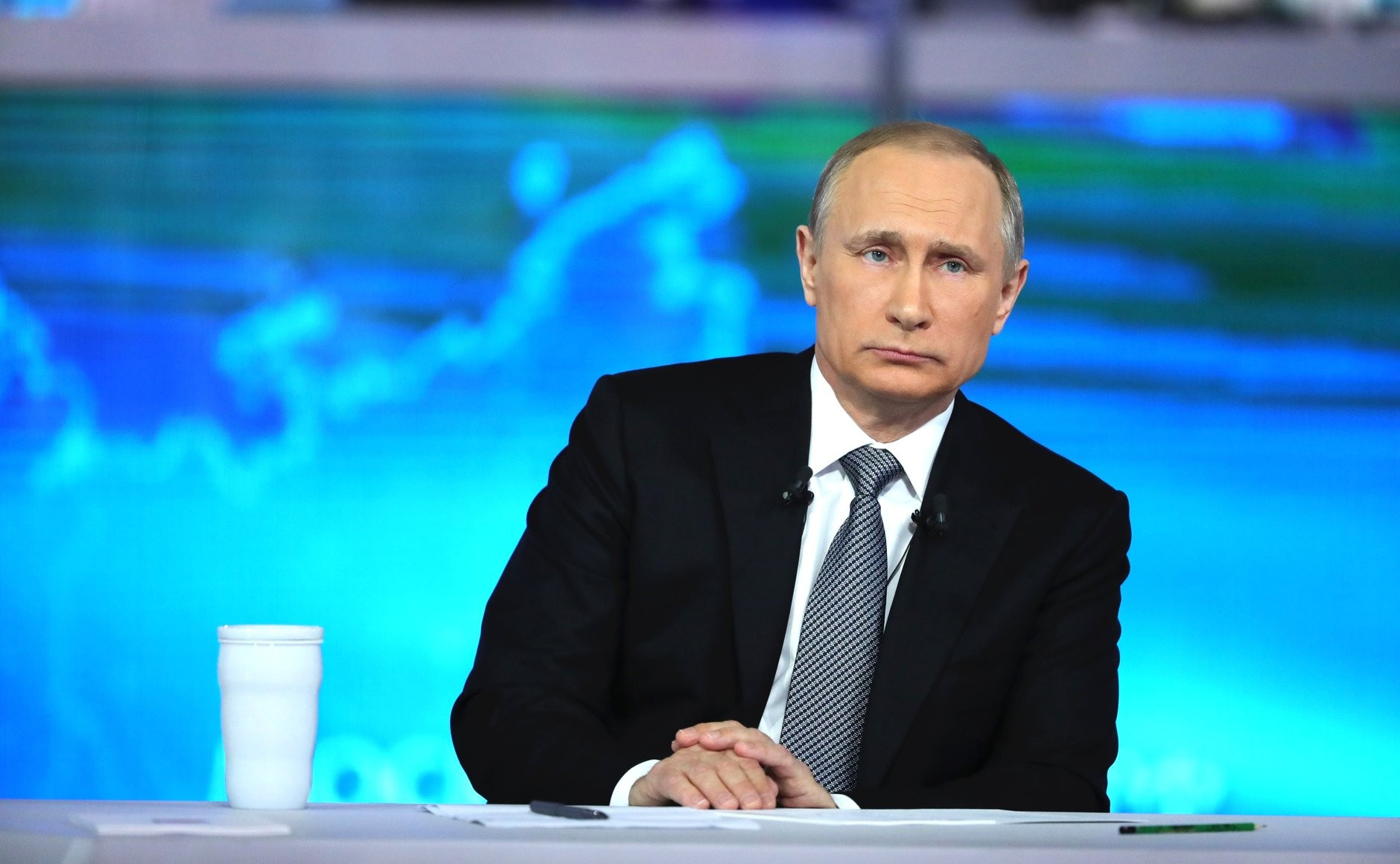 In the midst of an abysmally managed crisis, the Russian leader argues that he should rule forever. Why? Because he should.

Vladimir Putin got caught telling the truth. In an interview with state television this weekend, the Kremlin leader said constitutional amendments that would effectively make him president for life were necessary because if he left office on schedule in 2024 it would disrupt “the normal rhythm” of government. “We need to be working, not searching for successors,” he added.

The remarkable admission made explicit what has always been implicit about the nature of power and governance in Putin’s Russia: It’s personalized, it’s patrimonial, and it’s arbitrary. Legal norms are malleable. Institutions are meaningless hollow shells. Putin no longer bothers to pretend. The mask is now officially off.

The political commentator Igor Yakovenko wrote in Yezhednevny Zhurnal: “We all have our own list of complaints against the current Russian authorities: rampant theft, love of violence, bloody wars, neglect of the law, deceit. We should now add indescribable hypocrisy and a dull all-consuming vulgarity to this list.”

The interview, which the Kremlin-controlled Rossiya-1 television network breathlessly promoted as a “documentary film event,” kicked off a crucial and potentially perilous two-week period for Putin’s regime.

On June 23, Moscow reopens for business with the planned lifting of covid-19 lockdown restrictions. On June 24 the Victory Day parade will mark the 75th anniversary of the end of World War II, an important legitimization ritual rescheduled from its normal May 9 date. On July 1, a week later, comes the main event: Russians vote on constitutional amendments that would allow Putin to remain in power through 2036.

The bread-and-circuses spectacle of the parade and the tightly choreographed political theater of the constitutional referendum aim to establish a fresh veneer of legitimacy for what political analyst Andrei Kolesnikov calls “the third Putin majority” —  the social consensus that provides his right to rule.

According to Kolesnikov, Putin’s original “majority” encompassed his first two terms in the Kremlin from 2000-08. It was ‘relatively peaceful and not highly mobilized, as it was the product of petrodollar-fueled economic growth in the early 2000s.” This came to an end with the 2008 financial crisis, allegations of fraud in the 2011 State Duma elections, and public anger over Putin’s infamous 2012 “castling” move in which he and Dmitry Medvedev swapped jobs as president and prime minister.

Putin’s second “majority” came after the 2014 annexation of Crimea. Highly mobilized and militarized, it was “strengthened through the appearance of enemies, both external — the West — and internal: the ‘liberals’ (another imaginary group), supported by the enemy abroad.” That majority eroded amid falling living standards and increased public weariness with perpetual conflict with the West, which have driven Putin’s approval to historic lows.

The Kremlin now seeks to reconstruct a new majority, legitimizing it through next week’s referendum, and cementing Putin’s rule through 2036, effectively for the remainder of his life. “He needs the vote to convince both himself and the public that the ‘majority 3.0’ really does exist. Putin is using the public vote to make ordinary people his accomplices in extending his rule,” Kolesnikov wrote.

But the Kremlin is doing so without a compelling rationale for Putin’s continued rule other than a haphazard cocktail of Orthodox Christian symbolism, World War II fetishism, Russian nationalism, and Soviet nostalgia.

Tatiana Stanovaya, one of the more astute observers of Russian domestic politics, noted recently that the “Putin system” has simply “run out of ideas” after two decades in power. “It was obvious even at the start of 2018, when Putin once again ran for president, that the Kremlin had no vision of the future to offer. It’s not clear what else can be used to mobilize the public around the state,” Stanovaya wrote.

Additionally, the covid-19 pandemic has eroded Putin’s mystique of omnipotence and competence, caused rifts between the Kremlin and regional leaders, and weakened Russia’s already faltering economy. Putin is effectively trying to justify his eternal rule in the midst of a crisis he has managed abysmally — and he is doing so with no other argument than that he should rule eternally.

This potentially perfect storm could make the next two weeks one of the most tumultuous and consequential periods in Russia’s recent history.

Photo: “Direct line with Vladimir Putin” by the President of Russia under CC BY 4.0.