Putin Runs out of Options

The Kremlin has employed every weapon in its well-stocked conventional and hybrid arsenals to win in Ukraine and divide the West. It isn’t working. 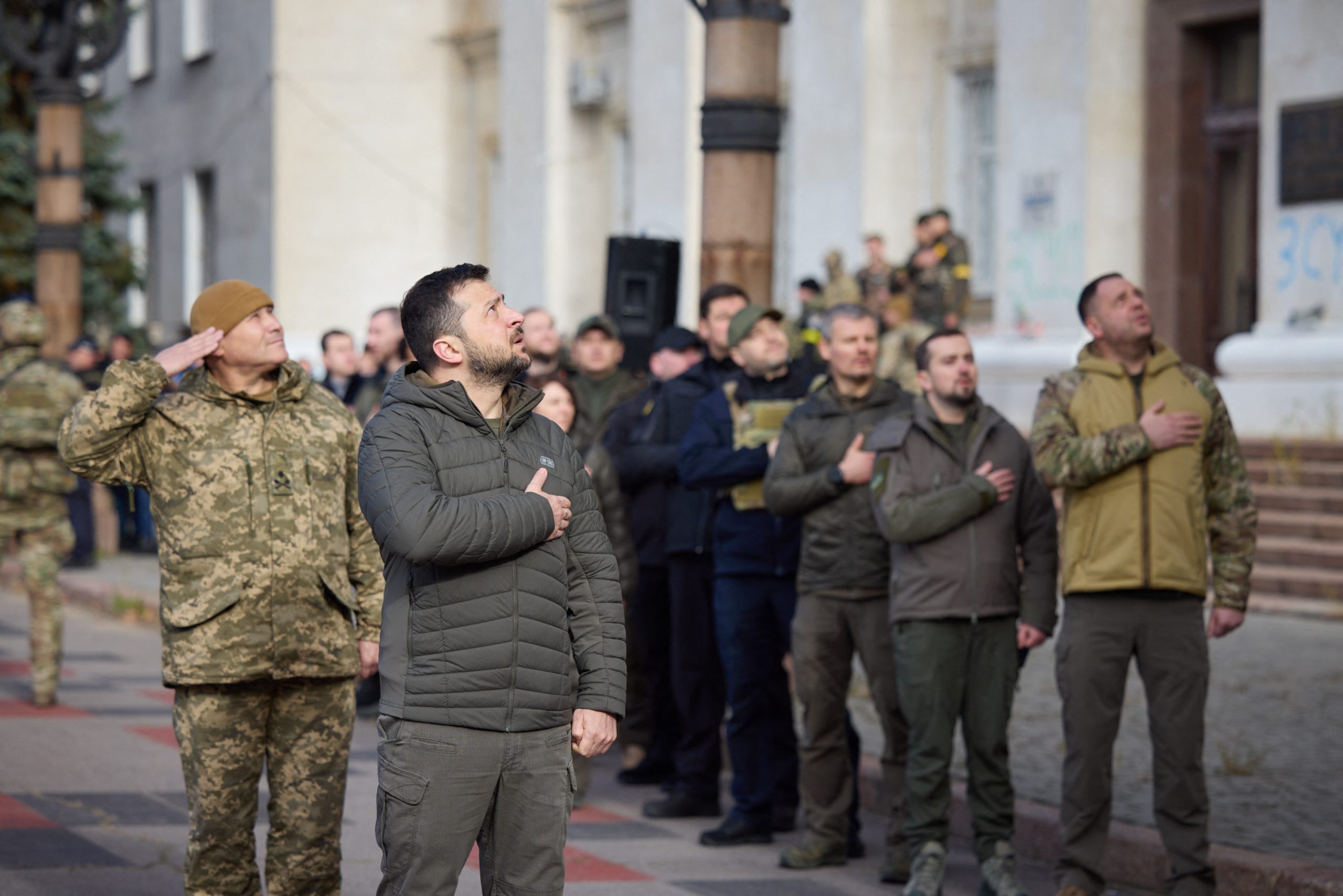 It is fair to say that in any moral sense, Russia’s defeat in Ukraine began before the full-scale invasion started on February 24. The increasingly outlandish attempts by Vladimir Putin’s regime since that fateful decision, whereby the aggressor portrays itself as a victim, have had a significant impact only in those countries with a long-established propensity to accept Russian propaganda.

Politically, Russia’s defeat has been all but certain since the early days of the invasion, when it became clear that Kyiv would not fall, and that rather than decapitating the Ukrainian government, it would instead need to fight a lengthy land war. As was swiftly proven, the Russian armed forces lacked both the skills and the motivation to conduct sustained offensive operations against a formidable enemy — one that would, furthermore, only grow stronger over time. Ukraine is now catching up in terms of weapons and equipment, and the Russian army has experienced a long string of defeats. The fall of occupied Kherson Oblast and Kherson city on November 11 are only the most recent examples. Ukraine has held the operational initiative for months, reducing the enemy to guesswork about its next moves.

This has been possible partly because, unlike from 2014 to 2022, when the first war was fought in the Donbas, Ukraine has been consistently more successful than Russia in making its voice heard in the Western information space. This info-war success has been underpinned by Ukraine having both morality and international law on its side, as well as — crucially — by the fact that all previous attempts to appease Russia had demonstrably failed. As a result, Ukraine has received superior Western weapons, especially long-range precision-guided artillery, which even in low numbers have given it a strategic advantage that Russia cannot match.

The physical war of blood and battlefield is one of Russia’s two conflicts. The other, its hybrid war against the West, is also reaching an impasse. The torrents of disinformation about Nazis, bioweapons, Satanists, dirty bombs, impending nuclear attacks, and so on, have already crossed the threshold beyond which no further escalation is possible. Instead, the propaganda overreach has forced Russia’s supporters into the embarrassing conundrum of explaining the supposed biological process by which killer mosquitoes judge the nationality of those they bite.

Even Russia’s more sophisticated information operations, such as the “partial mobilization”, that quietened Putin’s critics on the war-enthusiastic nationalist right, and the so-called referendums and annexations — as inconsequential as they were illegal — have failed to break Western resolve. Even the much-feared energy weapon, with which Russia threatened to plunge the European continent into the darkness and cold of the pre-industrial age, has failed. The European fall has been warm, large quantities of natural gas are available, and the price has plummeted 60% since its summer peak. Likewise, Putin’s recent attempt to renege on the grain deal and to starve the Global South in the hope that the West would be blamed, collapsed in just hours after his bluff was called.

Which hybrid weapons does Russia still have left? Firstly, it hopes the continuing strikes against Ukrainian civilians and energy infrastructure will generate another wave of refugees to overwhelm Europe. At the same time, the Kremlin is feeding talking points to local right-wing populist politicians happy to use resentment about immigration and higher energy prices as an instrument to split Western societies. The Kremlin may also have hoped that its “partial mobilization” would also send large numbers of Russians to Western Europe, but many headed to the South Caucasus and Central Asia instead. In the coming months, the West needs to maintain its resolve, and not allow migrants to be weaponized.

Secondly, it is still possible for Russia to influence democratic elections through a variety of meddling and information operations. But perhaps Russia’s greatest hope — that the US midterm elections would return a phalanx of stoutly anti-war Congressional victors — has failed, showing that success in that area is far from guaranteed, and possibly not even attainable at all.

There exists a broad cross-party support for Ukraine almost everywhere in the West, and while Western resolve is never as strong as it should be, neither is it so weak and superficial as to evaporate in face of the challenges that weakened Russia is still able to mount.