The election promises for Russia, at a minimum, a major boost to its influence in Armenia 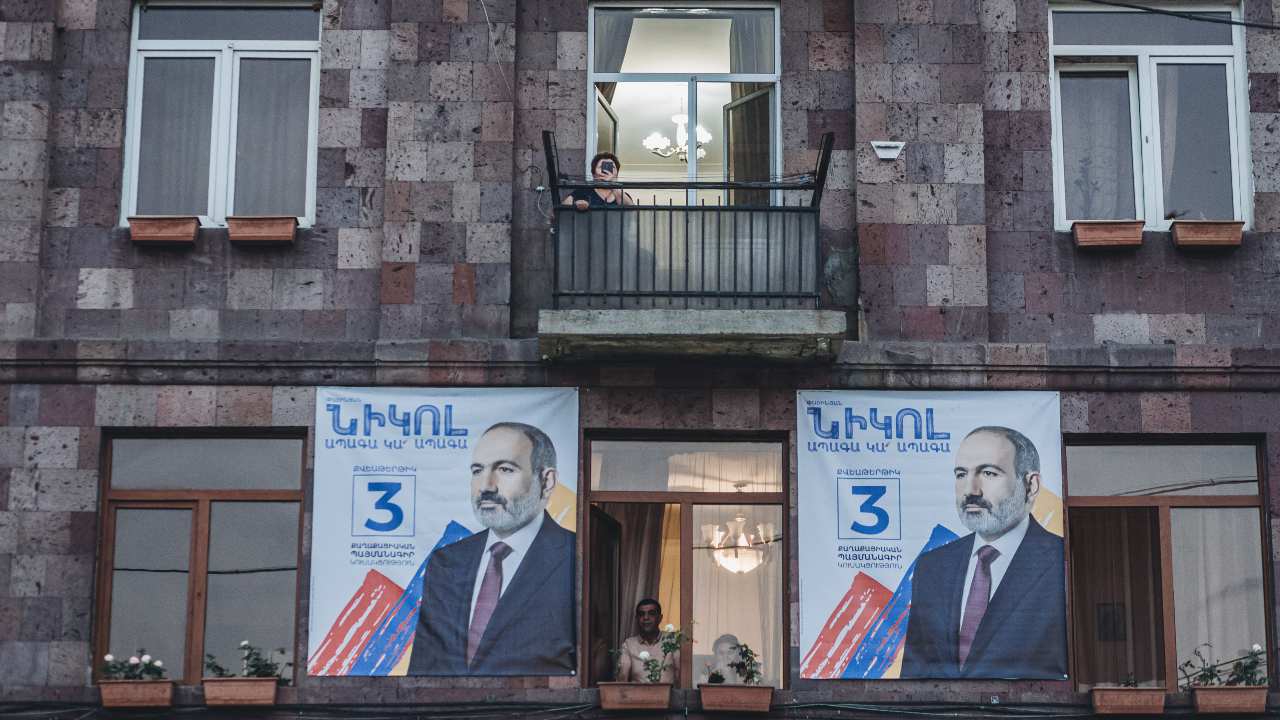 On June 20, Armenians head to the polls in a snap election following months of turmoil following the fallout from last year’s war with Azerbaijan. The ceasefire ceded a massive swath of Armenian-controlled land to the Azeris, caused the deployment of 2,000 Russian troops as peacekeepers, and led to widespread protests in Yerevan, an alleged coup attempt, and the upcoming parliamentary race.

The election pits incumbent Prime Minister Nikol Pashinyan’s My Step Alliance against the pro-Russian Armenia Alliance, led by Robert Kocharyan, a former president of Nagorno-Karabakh and Armenia, and a former Armenian prime minister. With Russia well-placed to pressure Azerbaijan, and a race dominated by Azerbaijan-Armenia relations, Kocharyan’s close connections to the Kremlin could make the difference.

The incumbent Pashinyan came to power leading popular protests that roiled Armenia in 2018, resulting initially in his arrest but ultimately in the collapse of the ruling coalition. Pashinyan’s government won praise from international observers, such as Freedom House, for tackling corruption and fostering economic growth. He was hugely popular heading into the war, with approval ratings above 80% in June 2020, buoyed by popular satisfaction with the government’s pandemic response. But with Azerbaijan’s resounding victory, changed all that. Protestors swarmed the capital. The premier’s resignation was demanded by 40 senior military leaders, which he labeled an attempted coup. Pashinyan ordered the dismissal of the chief of the general staff, who successfully appealed to the president to keep his job. Pashinyan declared that only elections could resolve the conflict and stepped down in April.

A treaty ally of Russia, strategic partner of Iran, and bitter rival of American-aligned Turkey and Azerbaijan, Armenia makes for an unlikely friend to the West. But with the cultural and political prominence of the Armenian diaspora, both in the EU and the U.S., ensure strong ties to the leadership in Yerevan. Pashinyan has avoided upsetting this balance, adopting a policy opposing further integration with either Russia or the EU. Russia’s role in brokering the ceasefire, its treaty obligation to Armenia (under the Collective Security Treaty Organization, or CSTO), and the significant peacekeeping force now deployed on the border have made strengthened ties newly appealing to a large segment of the Armenian population. This makes Pashinyan’s mutual antipathy with Putin a liability. When Pashinyan failed to greet Putin on the Russian president’s arrival at Yerevan airport on June 9, former president Serzh Sargsyan lambasted him. That followed a 2019 visit to Yerevan, where Putin met with Pashinyan for only a few minutes.

On the same visit, Putin visited Kocharyan’s wife while her husband was still jailed for his role in a violent 2008 crackdown on protestors. Kocharyan is a native of Nagorno-Karabakh who gained prominence fighting Azeri forces, and was appointed Armenian prime minister in 1997. The next year, as the president prepared to accept a peace agreement with Azerbaijan, Kocharyan allied with Sargsyan, then interior minister, and the defense minister to oust the president. Democratic backsliding and corruption characterized Kocharyan’s decade-long rule, but his fiery nationalism has helped him to retain a popular base and influence in Armenian politics. With Armenia’s defeat in last year’s war, Kocharyan again rose to prominence, summoning supporters to the protests that brought down the Pashinyan government. On May 9, Kocharyan announced the creation of Armenia Alliance, promising an aggressive response to the “painful blow to our national statehood” inflicted by the ceasefire deal. Kocharyan has emphasized his closeness to Russia, taking calls from Putin, and appearing on Russian state television to repeat Russian conspiracist talking points about George Soros and Western influence. Kremlin-owned and -aligned media have bolstered Kocharyan’s candidacy.

Polling shows the two candidates neck-and-neck in the popular vote but both minor coalitions — the Sargsyan-led I Have Honor and the Kocharyan-allied Prosperous Armenia — are likelier to join with Armenia Alliance than with My Step Alliance. Polling, nonetheless, has been sporadic and limited, with large variations from week to week. Though the outcome may still be unknown, the election promises for Russia, at a minimum, a major boost to its influence in Armenia.