The Russian leader delights in Cold War-style trades; expect more Westerners to be arrested as he forms a “bank” of people for future prisoner exchanges. 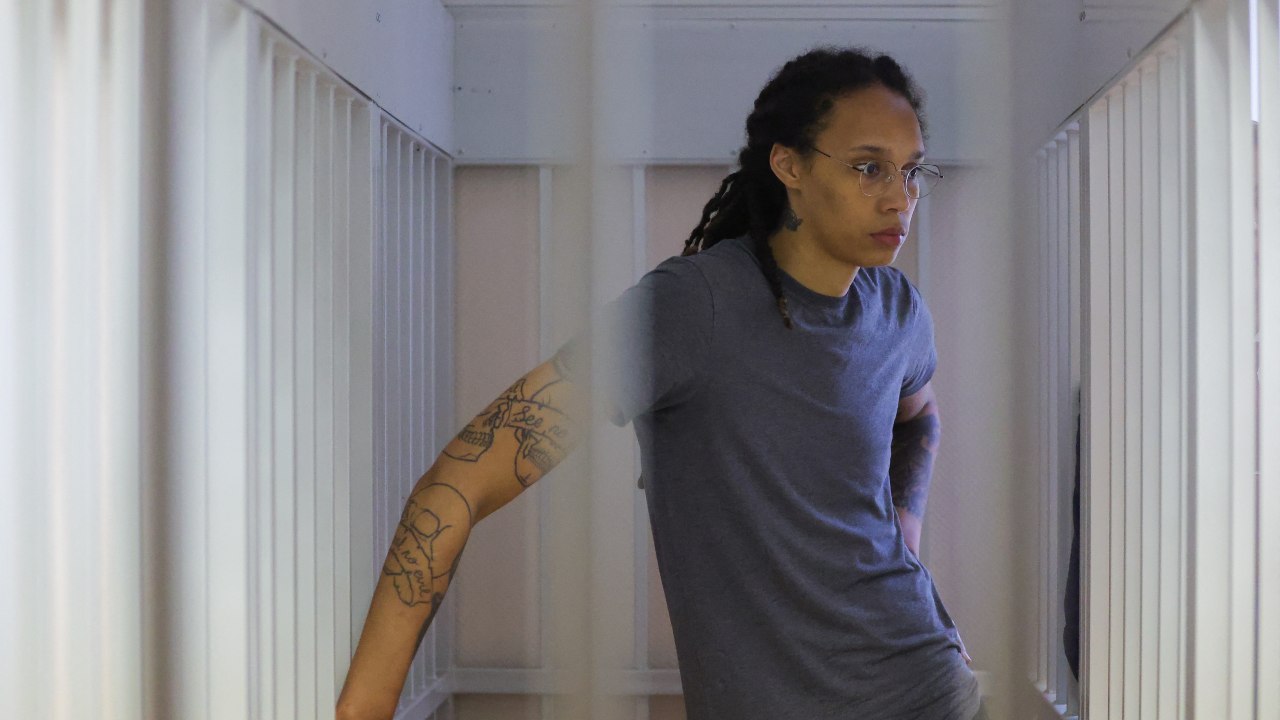 Photo: US basketball player Brittney Griner, who was detained at Moscow's Sheremetyevo airport and later charged with illegal possession of cannabis, stands inside a defendants' cage before the court's verdict in Khimki outside Moscow, Russia August 4, 2022. Credit: REUTERS/Evgenia Novozhenina/Pool

In the middle of the war in Ukraine, Russia and the US find themselves busy arranging the most sensitive swap between the two countries for more than a decade. The negotiations concern an infamous Russian arms dealer Viktor Bout, the so-called Merchant of Death, who has been in an American jail since 2010.

In return for his release, the US seeks two American citizens; former US Marine Paul Whelan and basketball star Brittney Griner, both currently in  Russian prisons.

Vladimir Putin is an old hand at this game and he will certainly demand a much higher price from the Americans.

It is now something of a cliché that Putin is obsessed with imitating the grand style of the Cold War, including the swaps. The most quoted example is the 2010 exchange, when 10 Russian undercover agents — so-called illegals — including the redheaded spy Anna Chapman, were exchanged at Vienna airport for four Russians who had been Western intelligence assets. The event was reminiscent of the Cold War-era spy swaps on the Glienicke Bridge connecting Berlin and Potsdam.

The Kremlin played out the operation very skillfully. The scandal was portrayed as a huge victory for the SVR (even though the Russian spies had all been caught) to convey the message that Russian intelligence was back on the world stage. It was also described as a win for the FSB, which had caught the four Russians.

Putin is not purely a student of Cold War operations. He has also learned lessons during his 22 years in power when he accumulated his own history of swaps. Ultimately, he developed his own strategy and style with one signature element — always change the terms of the agreement.

Putin was director of the FSB in the late 1990s when the Kremlin was routinely involved in the murky process of swaps and ransom payments for hostages taken by Chechen separatists in the North Caucasus. It was the period when the first Chechen war had already ended, and the separatists enjoyed a period of independence but had no income. Soon, some militants started kidnapping foreign and Russian journalists, army generals, and Kremlin officials. Hundreds of people were taken hostage and those who were lucky were bought out or exchanged for Chechens imprisoned in Russia.

To deal with the problem, a dubious scheme was developed by the oligarch Boris Berezovsky, back then a deputy secretary of the Security Council, and Vladimir Rushailo, the head of the Interior Ministry, notorious for his corrupt and brutal methods of fighting organized crime. The idea was simple — to release hostages from captivity, the Kremlin needed to have more Chechens in prison. They called it “forming a bank of hostages”, which meant detaining people to be swapped in future deals.

Putin’s FSB was part of that game and he never forgot those lessons. In the fall of 2019, he proved he was capable of going much further than his teachers of the Chechen era.

A prisoner exchange with Ukraine on September 7, 2019, had been designed as a triumph for the Ukrainian president Volodymyr Zelenskyy, who had been in office for only a few months.

It was a massive swap involving 35 people on each side. Zelenskyy was liberating a group of Ukrainian sailors and a famous film director, Oleg Sentsov. He personally supervised the difficult negotiations and was so happy to get his people back that announced the swap on his way to the airport, but before the handover. That was an error.

Putin immediately raised the stakes, demanding one more prisoner to be added to the list — Vladimir Tsemakh, a Russian-backed separatist from Eastern Ukraine, who was a key witness to the downing of Flight MH-17 by a Russian missile in 2014.

The Dutch, who were leading the investigation into the atrocity, asked Zelenskyy to refuse, but to no avail. The Ukrainian leader felt trapped – having already announced the swap, he had no way to back down.

The way Putin played the game was seen by many in Moscow as proof that Vladimir Putin had become the master, indeed possessed truly unrivaled skills, in the trading of human beings.

By adding Tsemakh to the list at the last moment, he significantly undermined the international investigation of the downing of MH-17 and learned an important lesson. In this kind of game, authoritarian leaders have an advantage over democrats. Unlike them, they don’t need to worry about public opinion. More than that, the greater the publicity surrounding the negotiations, the greater the pressure on democratic leaders to yield to the ever-increasing demands of dictators.

Putin’s tactics also incorporate lessons from the Chechen experience; that in this kind of game, the more brutality the better. This explains why Brittney Griner was sentenced to nine years in prison, at the high end of the tariff for her offense of possessing cannabis oil. That Russian prisons are notorious for their brutal and inhumane conditions only improves Putin’s hand. He knows that the more public the case becomes, the greater the opportunity to raise the stakes and demand more high-value agents in Western prisons.

Putin has already begun playing this game, demanding the release of Vadim Krasikov, a Russian assassin who murdered a Chechen warlord in Berlin in broad daylight, and who has been in a German jail since 2019.

And that means the West should be ready for the next logical step; that the Kremlin will once again seek to build a new “bank of hostages,” filled not with Chechens but with Westerners.