Posturing or Mobilization? Belarus in 2023

Russian-Belarusian exercises near the Ukrainian border are causing renewed speculation that a new northern offensive toward Kyiv is being prepared. The region’s terrain, however, would make this difficult. 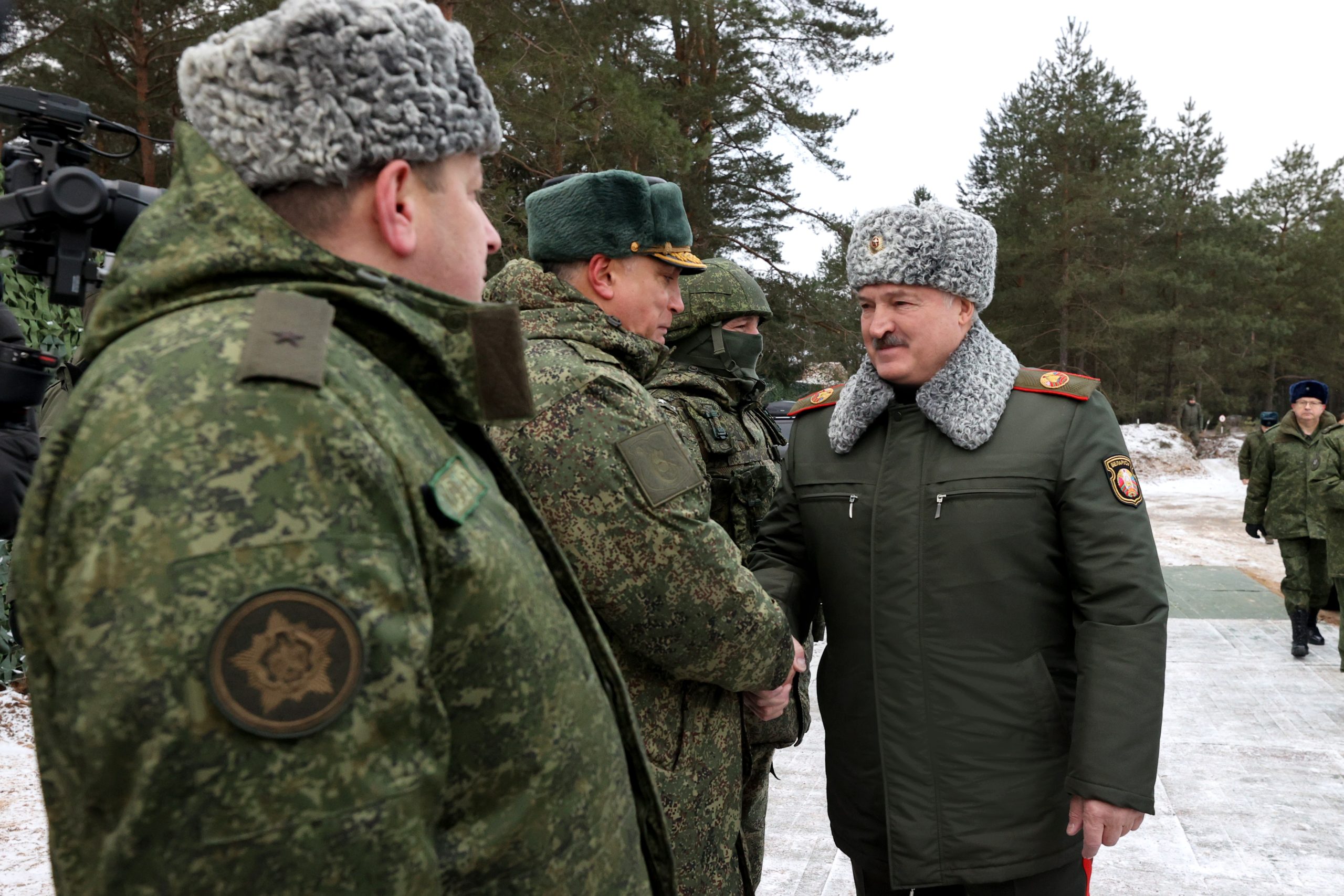 For Belarus, 2023 began where 2022 ended. Over the past few weeks, Belarusian forces have conducted training exercises with their Russian counterparts along the Ukrainian border. The drills have intensified, and Ukrainian officials are on high alert. Some Ukrainian cities in northern Ukraine have re-fortified to prepare for a possible incursion.

The influx of Russian soldiers and military equipment in Belarus has put some on edge. Ukrainian territorial defenses are on constant watch.

Launching a new invasion through the Belarusian-Ukrainian border would be risky. It failed the first time, from February to April, and it’s questionable a probably smaller force would have greater success.

Northern Ukraine is covered with rivers, thick forests, and swamps, making it challenging to move a heavy, modern army through this rough terrain.

Europe’s unusually warm winter has also played a role. Rather than having frozen land at this time of year, northern Ukraine is currently filled with thick mud and waterlogged fields. Given the current state of the terrain near the Belarusian-Ukrainian border, any offensive through this region would be difficult and foolish.

Northern Ukraine would be a “horrible place to conduct an offensive operation,” Konrad Muzyka, the head of defense consultancy Rochan Consulting, told Reuters. There are “very few roads”, making it “easy for Ukrainian forces to channel the movement of Russian forces into specific areas,” Muzyka added. In other words, Ukrainian forces could predict the Russian forces’ routes of advance.

Russia’s 2022 experience in this region was painful. When the Russians began the war, they anticipated that the ground would be frozen, allowing military equipment to pass with ease. This did not occur. Instead, when the invasion began, Russian tanks became stuck in the mud, and Russian troops were forced to abandon numerous other pieces of military equipment.

Ukrainians on the others hand are intimately familiar with their country’s geography. To date, Ukrainian forces have gained the most ground in the north. In April, they launched a successful counteroffensive, assisted by a Russian retreat informed by the realization that they had bitten off more than they could chew. In a matter of weeks, Ukrainian forces liberated cities and villages in northern Ukraine, they secured the region, and they removed it as a front in the war.

Re-attempting a northern invasion would appear to defy logic. This time, Russian forces would lack the element of surprise; they would lack much of the more modern military equipment destroyed or captured on the battlefield — now approaching 9,000 tanks and other vehicles — and they currently lack the right weather.

Inviting Belarusian forces to participate in Russia’s failed conquest would not alter the outcome. It is unlikely Russia would gain any favorable outcomes from such events.

Belarusian President Aliaksandr Lukashenka appears to agree. In a statement made in November, the Belarusian dictator stated that participating in Russia’s war would “make things worse.” He said that 40,000 Belarusian troops would not “solve the problem,” and concluded that Belarusian involvement would offer nothing in the war. Lukashenka has been fairly consistent with these talking points since February 2022, although he often issues more general and colorfully worded statements in support of the Kremlin.

He no doubt understands that there is no domestic support for a war. Most Belarusian citizens opposed Russia’s invasion. They also want Belarus to avoid involvement. In addition, several Belarusian military officials have openly voiced their opinions against the war. The Pentagon stated recently that it does not believe that Belarusian forces will join Russia’s war.

So what is the point of these military exercises? Perhaps this is nothing more than posturing. According to Ukrainian officials, the Russians have recently deployed new units in Crimea. There has also been a sudden surge in Russian naval activity on the Black Sea. If the Russians are mobilizing their forces in southern Ukraine, then perhaps this Russian and Belarusian activity is designed to distract.

But it does pose a dilemma for Ukrainian officials. They cannot afford to assume that all will remain quiet on the northern front and therefore have to deploy forces for a possible attack on Kyiv, the heart of Ukrainian resistance. And of course, units can only be in one place at once, so they are effectively removed from other areas where they might aid the Ukrainian struggle.

Ukraine cannot be sure because Belarus is now close to being a Russian protectorate. It was only two years ago that Lukashenka needed Russian assistance to put down a popular revolt after he rigged the 2020 presidential election. Western sanctions followed, trade dried up and Russian loans were assigned to keep the country functioning.

So while it’s reasonable to believe that Lukashenka will follow a rational path, he only has a certain amount of leeway. It is probable that Belarus will stay out of the war and probable that Russian forces will not seek to re-fight their 2022 defeat in the north.

Either way, the resulting uncertainty is useful to the Kremlin.