The Russian state's cultivation of a hostile anti-Western hacker culture 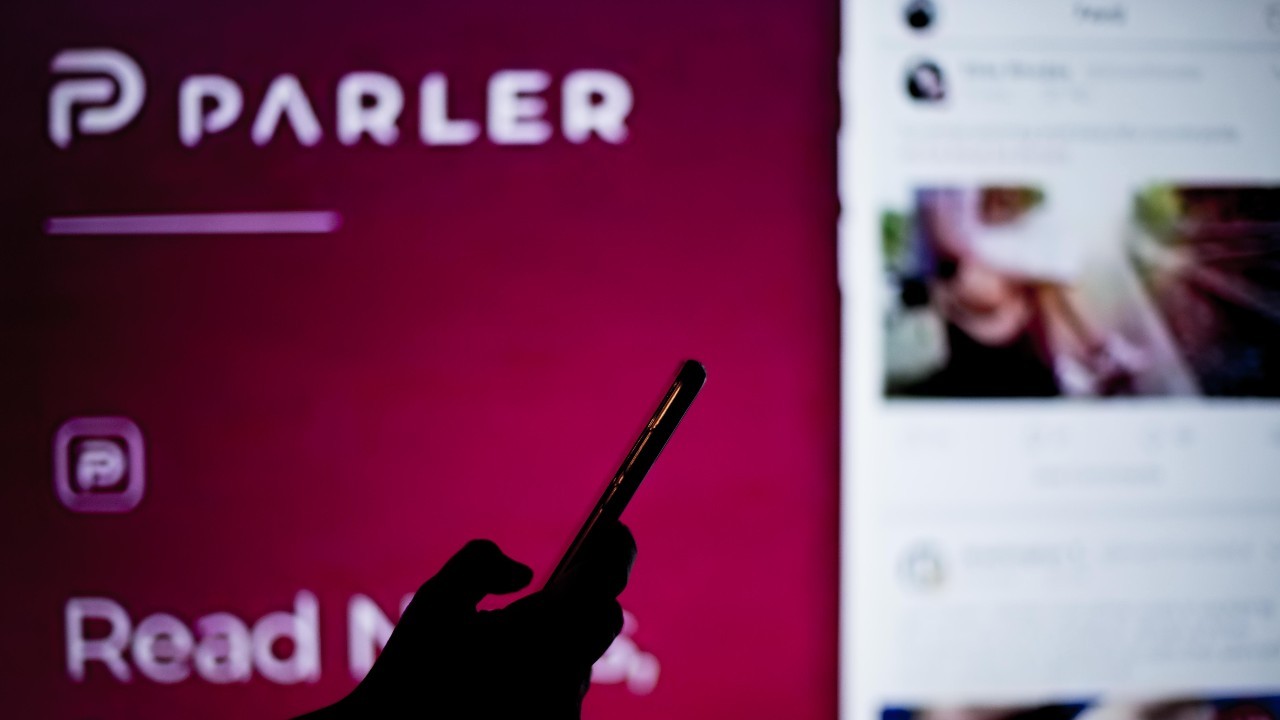 In this photo illustration a Parler website is seen behind a cell phone. (Photo by Thiago Prudêncio / SOPA Images/Sipa USA)

On January 22, news broke that Parler, an alternative social network popular among right-wing American conspiracists, had found a new web host in DDoS-Guard, a Russian firm that also hosts 8kun, the heart of the QAnon conspiracy, and the official website for Hamas. The move may seem bizarre for a forum dedicated to “free speech”—the Russian state’s control over the internet is among the tightest and most restrictive in the world. But Russian leadership has long deployed weaponized chaos to achieve its goals or, more often, frustrate those of its adversaries. DDoS-Guard’s hosting of Parler stems not from any intervention on the part of the state, but by the state fostering a culture that prioritized both lawlessness and patriotic duty.

In the early nineties, both the internet and the Russian Federation were new and chaotic. Cyberspace promised to be a great democratizing force, empowering the dispossessed and challenging oppressive institutions. The people to bring about this change developed what they’d term “hacker culture”, based around tenets such as “mistrust authority” and “Computers can change your life for the better.” Russia meanwhile reeled from the failures of Communism and “shock therapy” transition to a market economy. Combined with a glut of highly skilled engineers and a deficit of attractive jobs, Russia became a hub of the nascent field of cybercrime. With Russia cast as “the little guy” against the forces that had torn apart the country, promoting Russian interests became synonymous with “mistrust [global] authority,” creating a unique Russian hacker culture.

When Russia went to war in Chechnya in 1999, hackers teamed up to join the fight. The “Siberian Network Brigade,” a group of hackers at Tomsk Technical University, breached kavkaz.org, the official mouthpiece of the secessionist Chechen government, replacing its content with nationalistic imagery and slogans. Much like American activists two decades later with Parler, the hackers at the Siberian Network Brigade flagged kavkaz.org to its American hosts, pointing out that by providing digital infrastructure to Chechen rebels, they were supporting terrorists.

Though in the midst of a Global War on Terror, American firms seemed indifferent to the terrorist toll on Russia. American media, and American-leaning Russian media, was focusing on Russia’s war crimes and oblivious to the danger posed by Chechens. Since media in Russia often served the interests of its owners, the state, or various oligarchs, many assumed Radio Free Europe and BBC reporting reflected the desire of the American and British states to embarrass Russia and bolster the jihadis.

In both the minds of hackers and much of the Russian state, the distinction between whether the enemy was the terrorists or the Americans and their local allies became less clear. In 2005, the Siberian Network Brigade turned their sights on Radio Free Europe and Liberal Russian outlets Ekho Moskvy and Novaya Gazeta. The attacks presaged an increasingly popular view in Russian hacker culture: any crime was permissible so long as the targets were Western. Rather than risk any direct involvement with the attacks, the Russian government created the conditions under which attacks could proliferate: state media fostered a culture of grievance and resentment against Westerners while law enforcement “turn[ed] a blind eye” to cybercrime if the targets were Western.

As the promise of NATO expansion and the election of liberalizing leaders proceeded apace, “patriotic hackers” took it upon themselves to push back. After state media whipped up a frenzy over the relocation of a Soviet statue in Estonia in 2007, Russian hackers disabled Estonian financial institutions and government websites. In 2008, during the Russian invasion of Georgia, hackers gathered on stopgeorgia.ru to coordinate attacks against Tbilisi. Among the participants in the attacks was the so-called Russia Business Network, once responsible for 60 percent of all cybercrime and counting among its ranks a former Federal Security Service (FSB) colonel.

The relationship between the state and the hacker community became more entwined throughout the 2010s. The FSB took on political cyber operations while overseeing “patriotic hackers” who took on economic cyber operations. By 2011, Russia, despite accounting for 1 percent of the global IT market, accounted for a third of all cybercrime revenue, and by 2014 the Russian cybercrime market was worth $2.3 billion. When American law enforcement arrested Vladimir Drinkman, a Russian hacker responsible for pilfering 160 million credit card numbers, in Amsterdam in 2012, the Russian Ministry of Foreign Affairs sought to extradite Drinkman to protect him.

As relations between Russia and the West deteriorated further in the aftermath of Euromaidan and the Russian assault on the 2016 American election, authorities became more brazen in embracing their partnership with hackers. From 2013 to 2017, hackers breached 3 billion Yahoo! Accounts, reducing the company’s value by $358 million. The attack was the largest in history, and FBI investigations eventually caught two Russian hackers who admitted to receiving payments to conduct the attack from the FSB.

By 2021, when Parler looked beyond America’s borders for a safe harbor for hosting services, Russian cyberspace — a corner of the web with few rules other than don’t run afoul of Russian state interests — was the natural choice. The Russian state is highly unlikely to have directly influenced DDoS-Guard’s decision to host Parler, but rather created the conditions for a company like DDoS-Guard to provide safe havens for a site like Parler. With RT and other state media outlets banging the drums about Big Tech censorship as further proof that American democracy is a sham, that a Russian site would save “freedom of speech” shows how this strategy has paid dividends.