There are signs that the EU and the U.S. may be moving closer on international tech taxes. 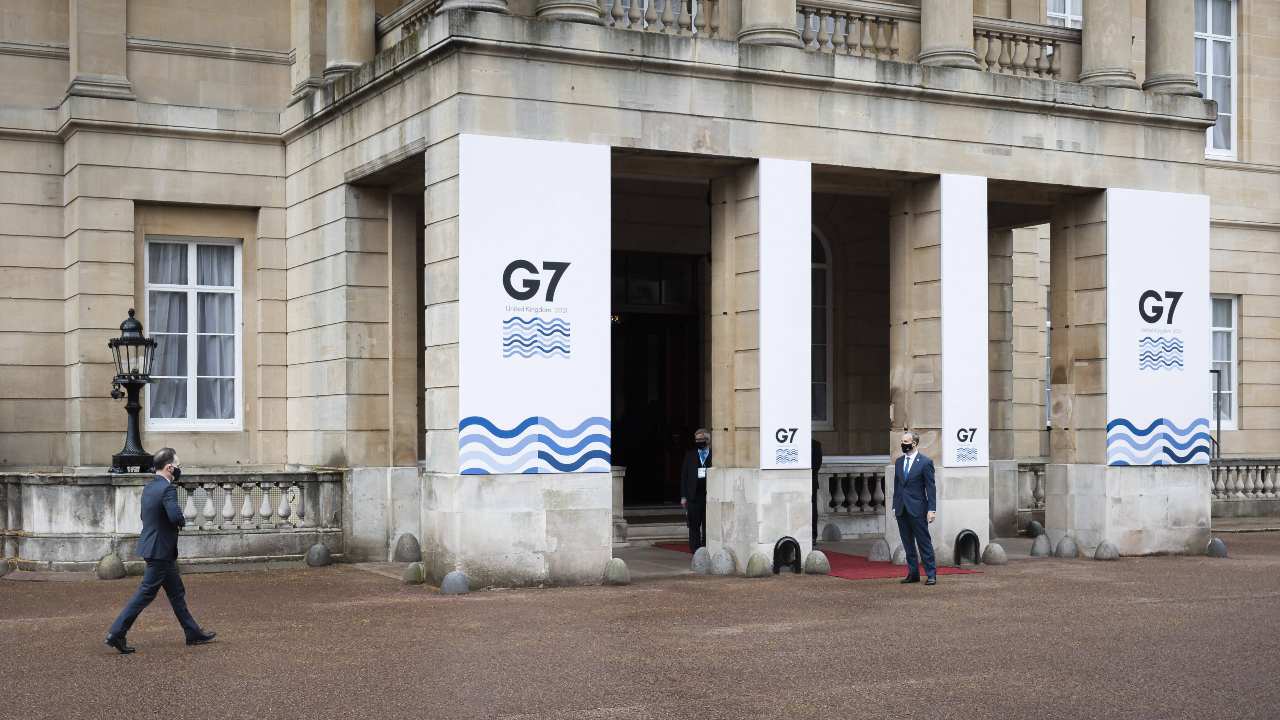 Photo: Federal Minister of Foreign Affairs Heiko Maas, SPD, taken at the welcome by Dominic Raab, Minister for Foreign Affairs of the United Kingdom of Great Britain and Northern Ireland, on the occasion of the G7 Foreign Ministers Meeting in London 04 05 2021 London England Copyright: xFelixxZahn/photothek.netx

In the aftermath of the covid-19 pandemic, tech giants emerged as the clear economic winner. Yet, even before the pandemic outbreak, the question of whether tech giants were paying a fair amount of taxes has been at the top of international, European and national tax agendas. Indeed, over the last few years, different stakeholders have raised concerns about the inability of the current international tax system to capture the digitalization of the economy.

Digital businesses deriving income from users in countries where they might not have a physical presence are typically not subject to corporate income tax in that country. Internationally, the Organisation for Economic Co-operation and Development (OECD) has been hosting negotiations with more than 130 countries within the so-called OECD/G20 Inclusive Framework on Base Erosion and Profit Shifting (BEPS), and developed a proposal to solve the tax challenges of the digitalization of the economy based on two pillars. On 5 June, the Group of Seven (G7) also agreed to back a minimum global corporate tax rate of at least 15%, impacting tech multinationals as well.

However, despite the ongoing multilateral negotiations, some European Union (EU) member states have already introduced unilateral digital services taxes (DST). The first country to do so was France in 2019. Currently, about half of all European OECD countries have either announced, proposed, or implemented a DST. Austria, France, Hungary, Italy, Poland, and Spain have already implemented established DSTs, while Belgium, the Czech Republic, and Slovakia have published proposals to follow suit. Latvia, Norway, and Slovenia intend to implement such a tax.

DSTs can be designed in different ways. For instance, Austria and Hungary only tax revenues from online advertising. Conversely, the French and Italian tax bases are much broader and include revenues from providing a digital interface, targeted advertising, and the transmission of users’ data for advertising purposes. Tax rates can differ too.

In 2018, the European Commission proposed a directive proposal on a common digital services tax on revenues resulting from the provision of certain digital services. So far, however, the proposal has not seen the light of day, and even though the European Commission has committed to releasing a new digital levy proposal by June, at the moment, national and unilateral DSTs persist.

Because DSTs mainly impact U.S. companies, they are perceived as discriminatory. The United States Trade Representative’s (USTR) first investigation was into the French DST, since when it has started more than 10 additional reviews of similar taxes. By June last year, the USTR initiated investigations under Section 301 of the Trade Act of 1974 into Austria, Brazil, the Czech Republic, the European Union, India, Indonesia, Italy, Spain, Turkey, and the UK. Ultimately, in early January 2021, the USTR concluded that the DST regimes adopted were discriminatory to U.S. companies, inconsistent with prevailing principles of international taxation and also amounted to a burden or restriction on U.S. commerce. Following public comments and virtual hearings, the USTR announced its final determination, consisting of 25% punitive tariffs on a list of goods from Austria, Italy, Spain, the UK, Turkey, and India. However, the USTR suspended the imposition of tariffs with the collection of the duties not beginning until 29 November 2021, aiming to provide additional time for the ongoing multilateral negotiations at the OECD level.

At the moment, an international agreement on the removal of DSTs seems to have been reached only at the G7 level, since in the so-called historic agreement published on 5 June 2021, the G7 countries (joined by institutional representatives from the OECD, IMF but also the Head of the Eurogroup) committed to providing for “appropriate coordination between the application of the new international tax rules and the removal of all Digital Services Taxes, and other relevant similar measures, on all companies.”

This should not be seen as a settled deal, at least not yet. Not all the countries with DSTs are G7 members. Moreover, the presence of the Head of the Eurogroup in the agreement seems at variance with the EU Commission’s Communication on Business Taxation for the 21st Century, which was released only in May, and which stated once again that it intends to implement a digital levy from 2023. This levy will constitute one of the new own resources for the EU budget, and the proposal is to be designed in such a way that it is “independent of the forthcoming global agreement on international corporate tax reform.”

A wider agreement among countries and a more consistent position from the EU might emerge by late June, before the meeting of G20 finance ministers. However, whether DSTs will ultimately be repealed and consequent retaliatory measures will be adopted remains an open question.