Kazakhstan is slipping out from the Kremlin’s thumb. 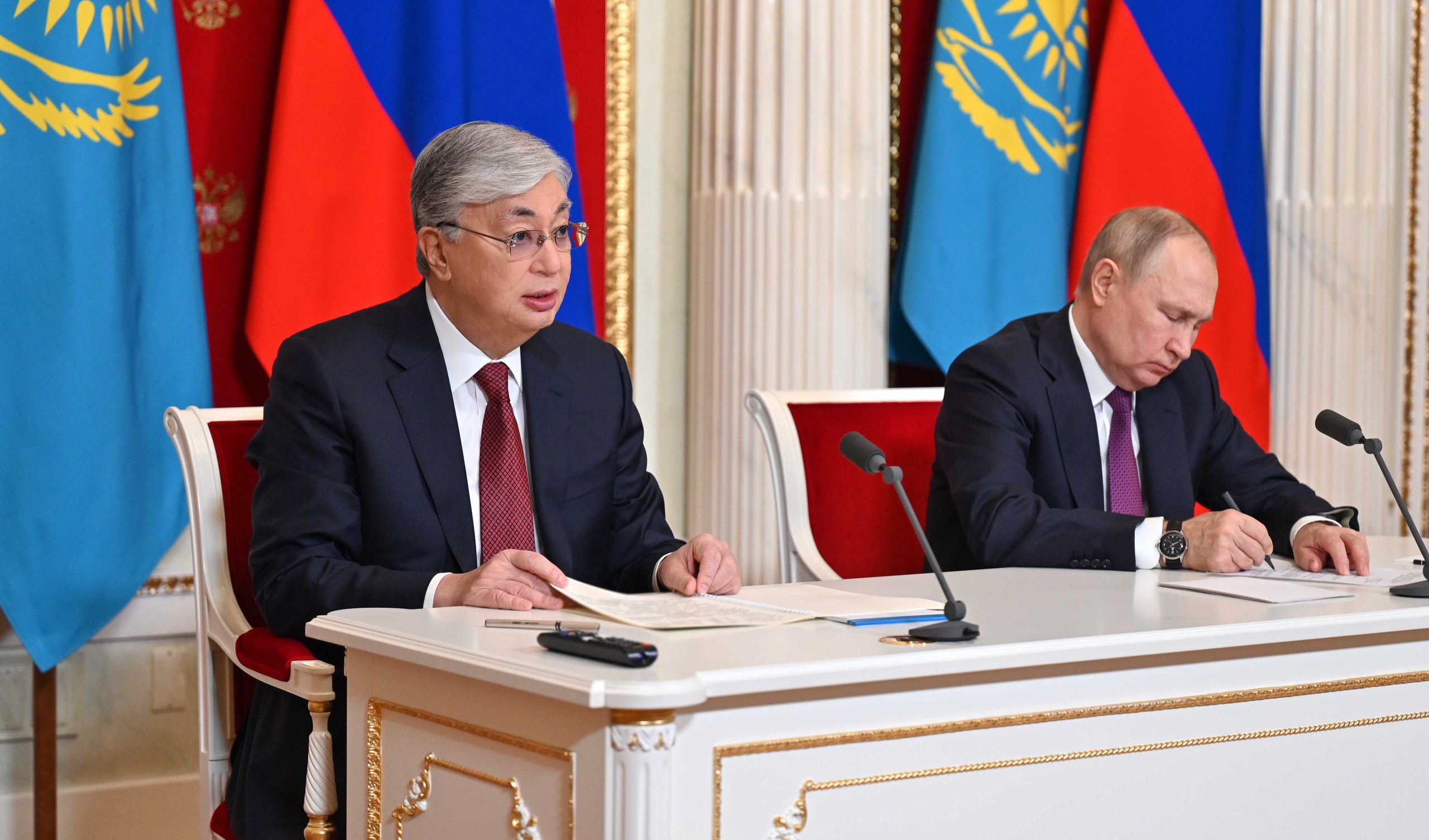 An oligarchic regime trembles as street protests mushroom, and then cracks down violently with support from Moscow. We have seen this script before: after election rigging in Belarus in 2020, and in Kyiv during the 2014 Maidan uprising against the corrupt and treasonous rule of Viktor Yanukovych.

But the most recent version was in Kazakhstan a year ago. Demonstrations began in the Mangystau region on January 2nd, 2022, and quickly spread across the central Asian country to all its big cities. The initial cause was rising fuel prices. But the protests drew on decades of dissatisfaction. They united pro-democracy and anti-corruption activists, trade unionists in the petrochemical industries, and people angered by poverty and poor public services. This was not quite a “color revolution” of the kind seen in other parts of the Soviet empire: it was broader, deeper, and less focused, drawing on the country’s thriving civil society, which largely operates outside the formal political system. There was no single leader.

The protests were a huge shock to the ossified Kazakh political system, which for three decades has stressed the need for stability as the basis for economic growth. Undoubted achievements on that front are marred by repression and inequality, with the family of ex-president Nursultan Nazarbayev holding the lion’s share of the country’s power and riches. “Shal, ket!” [Old man, go!]” was a central demand of the demonstrators, who want the architect of the post-1991 order, who nominally stepped down in 2019, to retire fully from public life.

The authorities, now led by president Kassym-Jomart Tokayev, responded with a mixture of reform promises and practical repression. Citing looting and other disorder which took place amid the protests, they declared a state of emergency and ordered the security forces to shoot “terrorists” without warning. At least 238 people were killed. Detainees experienced tortures of a cruelty previously unseen in Kazakhstan. Tokayev also asked for external help, in the guise of a peacekeeping mission from the Collective Security Treaty Organization (CSTO), the Kremlin-led post-Soviet military alliance.

Since then, Kazakhstan has remained frozen. 1,000 people have been convicted for their part in the protests. There has been no investigation of the violence used against them. Talk of political “demonopolization” and economic reforms has proved empty. Only symbolic moves have been taken against the Nazarbayev clan’s privileges. A constitutional referendum in June was a sham; so was a presidential election in November; a parliamentary election this June is unlikely to be any different. The aim is to bestow a veneer of legitimacy on the regime, rather than to reform the country.

Kazakh decision-makers are aware of their precarious position, squeezed between Russia and China, and therefore pursue a servile policy towards both neighbors regarding dissidents. A fugitive Russian security official, Mikhail Zhilin, has just been deported back into the clutches of the Kremlin. Ethnic Kazakhs who flee the Chinese Communist Party’s rule also find scant sanctuary in what should be their second homeland.

But the regime’s external policy shows flickering signs of independence. The authorities are strengthening ties with Turkey. Tokayev visited Ankara in May; Recep Tayyip Erdoğan paid a return visit in October. Two EU leaders also visited this fall. Kazakhstan is developing independent export routes via the Caspian Sea and the Caucasus.

Most conspicuously, the Kazakh embassy in Kyiv has built a “Yurt of Invincibility” in the Ukrainian town of Bucha, the site of some of the worst Russian war crimes earlier this year. It offers power, hot food, warmth, and internet access for locals. A kind gesture. But even the most hard-pressed Ukrainians have something that the Kazakhs lack: freedom.