When President Igor Dodon, with the support of the oligarch Vladimir Plahotniuc’s Democratic Party, dismissed Moldova’s pro-European government last November, he expected to continue a solid relationship with foreign partners. The change of the government was not intended to affect the large external assistance Moldova was receiving as support for reforms.

Not surprisingly, the new government’s anti-Western rhetoric and corrupt practices did not escape the attention of foreign donors. Few observers doubted that the government was sacked precisely because Dodon did not want the reforms to continue, especially those in the justice sector. An independent legal system would be risky for him and for many of his party members. The raison d’être for Dodon’s government was to continue tight control over institutions, including the judiciary, in order to carry on with the corrupt practices of the past. Now the legal system has tripped him up, creating domestic and international uncertainty.

With Moldova cut from external assistance, Dodon went to Moscow to ask for money. For four months the authorities kept talking about a $500m Russian loan. Amid widespread skepticism that this was ever going to happen, in the middle of the pandemic news broke of a loan agreement for €200m ($217m).

Even though the need for money has increased dramatically with the covid-19 crisis, the agreement signed by Dodon, upon closer examination, raised serious questions. Unlike loan agreements signed by Russia with other countries, it contained ambiguous and dangerous provisions. In particular, Russia gains the right to add to Moldova’s sovereign debt the obligations of the country’s private debtors to Russian commercial banks. Despite protests by experts, the parliamentary majority ratified the agreement.

Then came a legal earthquake. On the same day the Constitutional Court suspended the agreement. A few days later it ruled that the loan agreement was unconstitutional. The case revealed, both for the authorities and for society, that President Dodon does not control the Court.

After three years in office when he was totally subordinated to Plahotniuc, Dodon has been trying hard to portray himself as a president who is actually in power. He has been trying to please the Kremlin, by praising the (in truth rather modest) support received from Russia to fight the pandemic, while ignoring the much larger assistance coming from the EU and other western partners — and even attacking them. Now he must pay the price for embarrassing the Kremlin. But presidential elections are planned for the end of this year and Russia wants its man to stay in office for another four-year term.

It remains to be seen if the Kremlin will agree to renegotiate the agreement to comply with the Constitutional Court decision. For their part, Western partners want to prevent Moldova from hazardous agreements with Russia — but not at any price.

Maia Sandu is the former prime minister of Moldova. 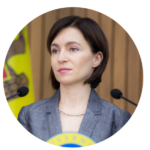