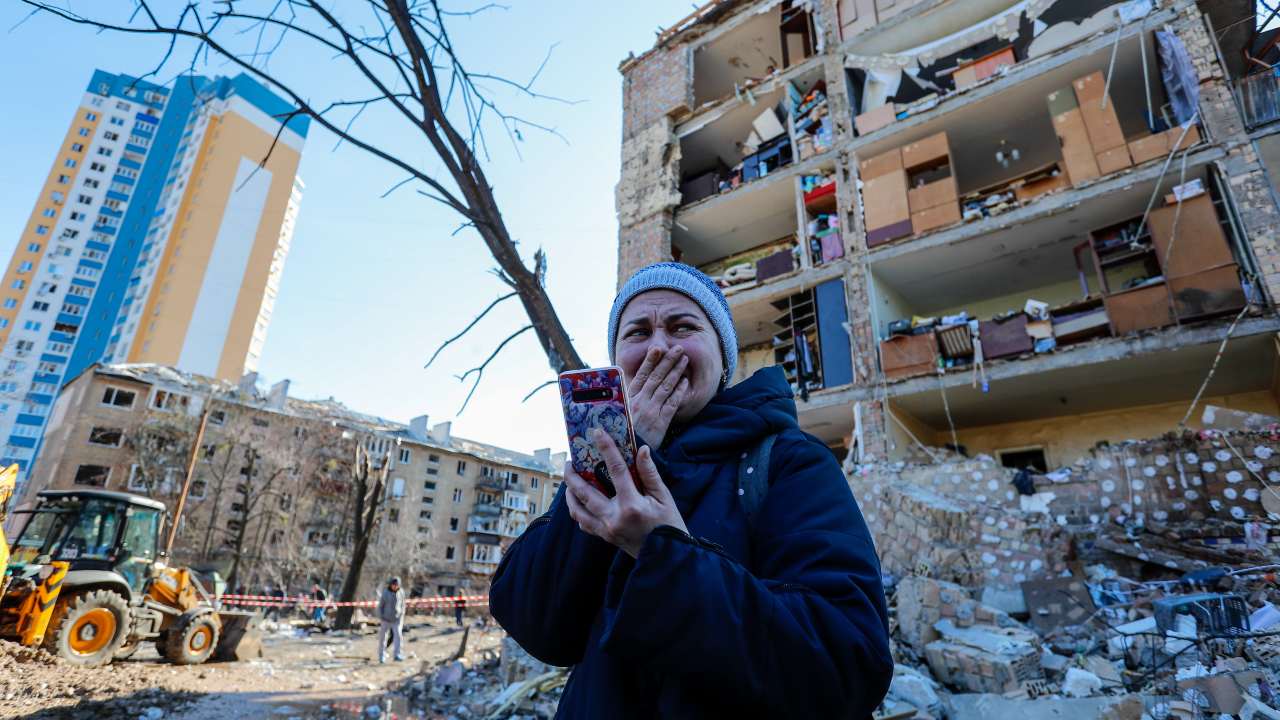 Dvornikov, currently commander of the Southern Military District, has been promoted to become operational overlord of Russia’s war-battered and demoralized forces in Ukraine. What follows will not be nice, and suggests the Kremlin has given the green light to the ruinously destructive and ruthless tactics the general developed in Syria.

The first commander of its task force in Syria in 2015, Dvornikov offered details of his thinking in an article written three years later in the journal Russian Military-Industrial Courier.* It bears an uncanny and troubling similarity to the situation in Ukraine now.

The 60 year-old general, appointed a Hero of the Russian Federation for his work in Syria, pioneered the application of what Russian military theorists have dubbed “integrated forces groupings” — effectively a hybrid expeditionary corps designed to crush popular rebellions across the globe which was developed during his tenure in his year as Syria commander from 2015-16. Something similar has since been applied by Russia in support of tyrants across the Middle East (Libya), Africa, and in a pre-emptive fashion, even in Venezuela.

The general wrote that when he arrived in Syria, things looked very grim for the Assad dictatorship. “In the summer of 2015, the Armed Forces of Syria had been completely depleted, the personnel were demoralized, the officer corps was degraded, and the armed forces’ leadership was demonstrating extremely low effectiveness in commanding their troops,” he wrote.* “Given this situation, we were forced to place our bets on the most combat-ready elements of the popular militias.”

The key was to identify those able and willing to fight (like the Lebanese terrorist group, Hezbollah) and employ them on the front line to work hand-in-hand with small units of Russian special forces, military advisors, and mercenaries, all under Russian command. Such units could be bundled together with regime loyalists, local military units, regime militias, and paramilitary gangs, allied volunteers, and mercenaries, to create an integrated force grouping.

Not only did this process provide motivated troops (which Syrian conscripts were not), but it also allowed commanders to be much harder-nosed about troop losses. Those who fought were either volunteers or came from groups or regions where high combat losses caused few repercussions. The fate of the 200-300 Wagner Group mercenaries and pro-Assadist fighters slaughtered in a reckless assault on a US position at a gas plant, near the city of Deir al-Zour in 2018, tells a story of commanders willing to use men as cannon fodder. The Russian military had ignored repeated, explicit US warnings not to advance.

Dvornikov summarized his view of his Syrian campaign tactics succinctly. If we replace Syria with Ukraine and add the indiscriminate brutality against civilians, which he failed to mention, it’s possible to discern the likely outlines of the impending Donbas operation. His third point — highly maneuverable combat activities — was not possible in the forested, swampy areas near Kyiv, but will be well-suited to flat terrain of the Donbas (though this assumes that Dvornikov’s chain of command can execute these tactics in practice.) He wrote of:

There are clear parallels with the current situation. Russia’s heavy combat forces have been beaten by lighter and better-motivated Ukrainian forces at the gates of Kyiv, and pushed back over the border into Belarus. Units have suffered heavy losses and have low combat morale. Under time pressure and the Kremlin’s demands to deliver a victory to show to the Russian people (probably ahead of Russia’s Victory Day on May 9), the military command has been forced to provide a formula to regenerate its forces, and fast. But the traditional sources of manpower have run low and asking already battle-scarred units to re-enter the frontline after a recent mauling may be asking too much.

Enter Dvornikov. His experience in creating and commanding novel and motley, but very brutal, formations in Syria is at once a signal of Russian desperation and willingness to go much further — the use of cluster munitions against crowds of civilians at the railway station in Kramatorsk on April 8, killing at least 57, came just as the general was appointed and is likely to be a harbinger of events in the coming weeks.

The general will now seek to incorporate Russian mercenaries, first and foremost the notorious Wagner Group, as well as local Donbas and Crimea conscripts who can be used as cannon fodder against Ukraine’s forces; local separatist militias; Syrian, Chechen, and South Ossetian recruits (though some have refused to fight), and even potentially Donbas and Russian prisoners and criminals.

Ukrainian intelligence reported on April 10 that Russia was conscripting previously exempt men in the occupied districts of Donetsk and Luhansk, and that males were being conscripted on the streets. British Defence Intelligence reported on the same day that Russia was also stepping up efforts to recruit in Moldova’s breakaway region of Transnistria.

He will hope that these ragtag units will integrate with the now quite reluctant regular Russian forces, in order to boost their numbers and morale. It is unlikely that Dvornikov’s integrated force groupings will ultimately win against Ukraine’s much more disciplined and professional force. Such a hybrid task force, however — effectively a suicide squad-type formation by design and function — will inevitably engage in even more extreme acts of terror and atrocities against the local population, as was the case of Syria during and after Dvornikov’s tenure.

In other words, they will be expected to kill civilians to grind down the Ukrainian population’s willingness to fight on, while being wholly expendable in the eyes of their own commanders.

Their work on the ground will be paired with indiscriminate shelling, from Russia’s formidable artillery systems, and manned and missile attacks — much like Russia’s Syrian tactics in reducing urban centers of resistance like Homs and Aleppo to ruins, destroying every aspect of civilized life like water and sanitation systems, food distribution and hospitals, all designed to sap the morale of enemy fighters and citizens alike. It is a grim prospect for much of Eastern and Southern Ukraine. Ukrainian leaders are already briefing that the war’s next chapter will look like World War II, with its massed mechanized assaults and artillery bombardments.

NATO and the US couldn’t be at a more critical juncture in their decision-making cycle as they consider the delivery of more advanced and heavier weapons to Ukraine. The Western democracies must act swiftly to prevent yet another round of mass murder and atrocities against civilians. The time has come; this is not the moment to hesitate.

Mark Voyger is a Non-resident Senior Fellow with the Transatlantic Defense and Security Program at the Center for European Analysis (CEPA.) He is also Director of the Master’s Program in Global Management and Associate Professor of International Security at the American University Kyiv. He was Special Advisor for Russian and Eurasian Affairs to US Army Commander Europe in Germany from 2017–2018 and Cultural Advisor and Senior Russia Expert at NATO’s Allied Land Command in Izmir, Turkey (2013 – 2017.)