The aerial umbrella sought by Ukraine doesn’t have to be imposed by NATO — the United Nations could also act. 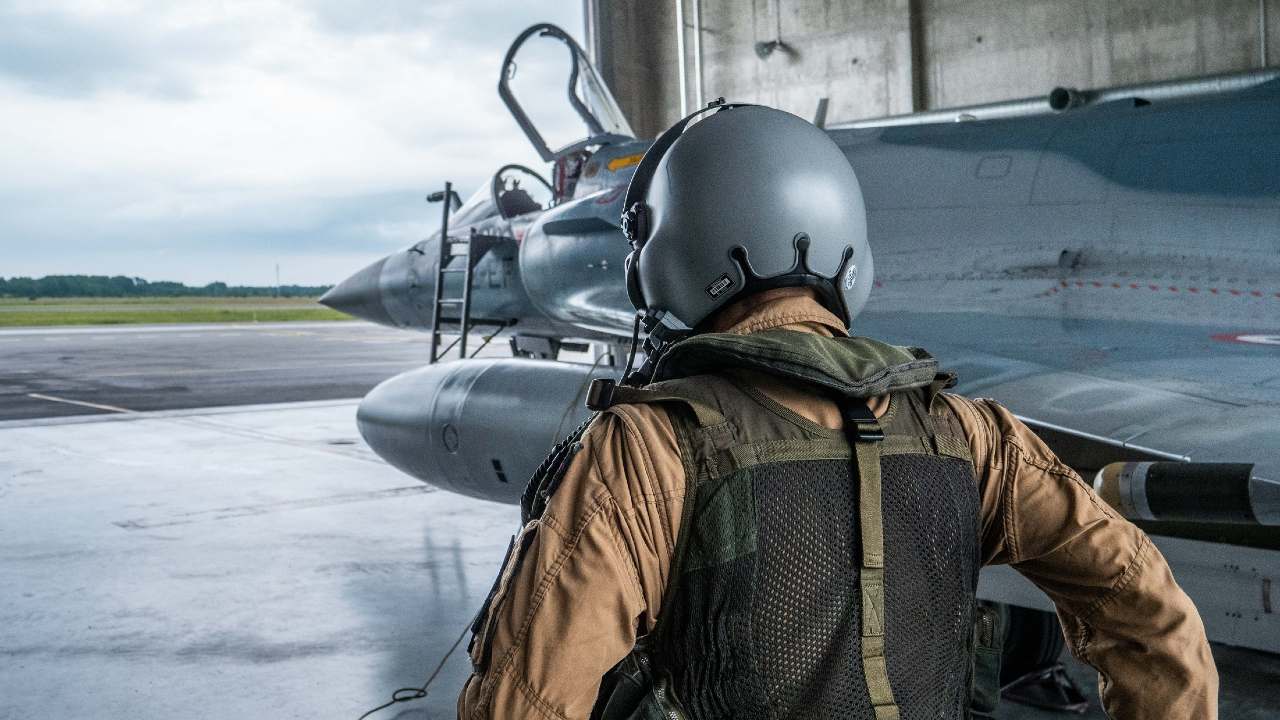 Photo: A French pilot boards his Mirage 2000 at Ämari Air Base in Estonia. Credit: NATO

In less than two weeks, two million refugees have fled a war in Ukraine caused by an unprovoked Russian military invasion.

At least 406 civilians have been killed and 801 injured, according to the estimates of the Office of the UN High Commissioner for Human Rights, while the actual figures are significantly higher. Faced with relentless resistance by Ukrainian men and women, Russia quickly turned its “special military operation” into indiscriminate shelling of residential areas and bombing of evacuation routes out of besieged Ukrainian cities. Russian forces captured and briefly set on fire the biggest Ukrainian nuclear power plant, raising the possibility of a nuclear disaster.

Faced with the Russian invasion, Western countries have already provided significant military, financial, and humanitarian assistance to Ukraine, but these efforts have failed to stop or even mitigate continued Russian aggression. Under these circumstances, the Ukrainian government and Ukrainian citizens see the no-fly zone (NFZ) over Ukrainian territory as a decisive factor that can tip the scales in their favor.

So far, this appeal has been addressed to NATO as a collective security organization, but NATO continue to rule out this possibility. A key argument against its implementation is that it would drag NATO into the war with Russia, which might further escalate into a global nuclear conflict.

Yet, public sentiment in many countries is increasingly moving towards support for a no-fly-zone in Ukraine, with 74% of Americans favoring NATO action. The alliance’s decision does not come cost-free — its refusal to implement an air umbrella damages its credibility as the main institution guaranteeing collective European security. And after the alliance ruled out the NFZ, Russia’s tactics of threatening to single out and seeking to isolate Western countries only escalated.

Any action to support Ukraine, even a non-military help, tends to be termed an act of war and an escalation, as we have seen with Russian rhetoric regarding economic sanctions. NATO should not have allowed itself to become part of Putin’s playbook according to which he, not the collective West, sets the “red lines.”

There are still ways for NATO to establish at least a limited no-fly zone over Ukraine to protect humanitarian corridors and nuclear infrastructure. This can be communicated to Russia by stating that the alliance is only protecting civilian areas and critical infrastructure for humanitarian purposes, and is not joining the wider conflict between Russia and Ukraine.

Many opponents of the no-fly-zone argue the risk that Article 5 would be invoked if a NATO jet was shot down. Yet, there are legal ways to defuse this risk, because this article was designed for the matters of grave national security, not tactical incidents. Such incidents already occurred during the Syrian war, without any military consequences. A no-fly zone would not make NATO a direct combatant, making its  implementation the fastest and the best solution to protect civilians from Russian aerial attacks.

Russia’s national security strategy formally describes NATO as a threat to the country’s existence. It is important to note that the UN and the OSCE are recognized in the same documents as “existing mechanisms for ensuring international security.” Thus, Russia recognizes the authority of these international organizations, at least formally.

Russia has stated that NATO’s involvement in the war would not only further legitimize its ongoing “special military operation,” but also provide a pretext for escalating the conflict, including the possible use of nuclear weapons. To avoid the aggravation of the conflict (not least in terms of the information warfare), it would be reasonable to consider the implementation of a no-fly-zone guaranteed by the UN.

UN member states could form a coalition willing to defend Ukraine’s airspace from attacks by the Russian aggressor. The readiness of countries representing different regions to secure the NFZ in Ukraine   will shift attention from the United States and NATO to “global support and defense.”

There are various ways to implement a no-fly-zone, including the exclusion of hostile aircraft within a clearly defined area. The only operations on the ground would be to suppress enemy air defenses posing a threat to allied aircraft.

There are numerous other considerations that would need to be spelled out by military commanders and their political leaders.

A no-fly-zone does not solve all Ukraine’s immediate problems— civilians are being targeted by Russian ground-based missiles and artillery. Yet, it would very clearly make a difference. President Zelenskyy had said that Ukraine’s armed forces are able to tackle Russian ground forces, but not the hundreds of aircraft it has based close to the borders.

Psychologically and militarily it will be hard for Russian troops to advance into Ukrainian territory without superiority in the skies. It is a difficult task to undertake, but the alternative is the total destruction of Ukraine, genocide, and a welter of humanitarian and environmental disasters. Those consequences will inevitably lead to much more serious outcomes in Europe in the short-to-medium term. Acting now isn’t just a humanitarian deed, it is also a self-interested investment in the future of the European continent.

Olena Tregub has more than 15 years of international experience in anti-corruption policy and reform implementation. Since 2017, she has been Secretary General of NAKO (the Independent Defence Anti-Corruption Committee), an international oversight body created by Transparency International.