With Russia preoccupied in Ukraine, Armenia and Azerbaijan have clashed in the most serious fighting since the 2020 war. 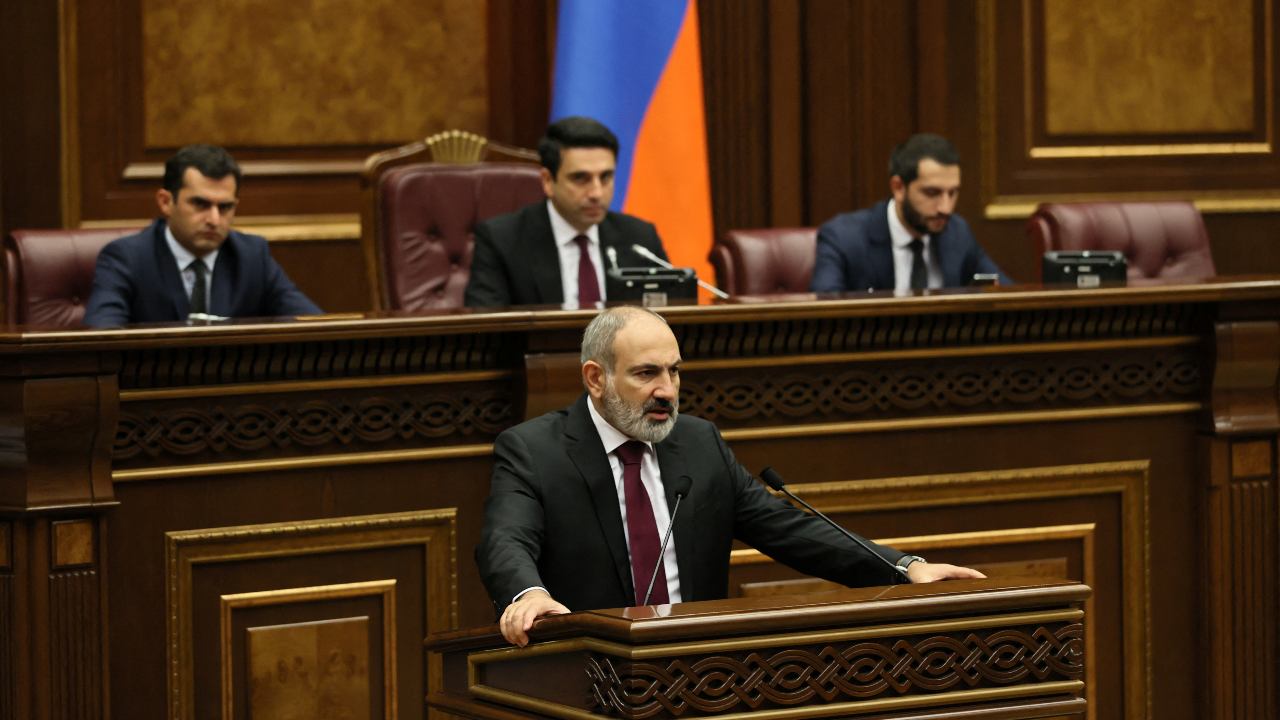 All the evidence so far suggests that military operations were launched by Azerbaijan against Armenia in an apparent attempt to force concessions on a potential peace deal.

The Kremlin, long the region’s self-proclaimed peacekeeper, appeared taken by surprise. “It is difficult to overestimate the role of the Russian Federation, the role of Putin personally,” Kremlin spokesman Dmitry Peskov. Yet the fighting served to underline Russia’s impotence with much of its South Caucasus garrison deployed to Ukraine. While Russia claimed a ceasefire agreement had been reached, Azeri media said it was almost immediately broken.

Intermittent clashes have been taking place since the Second Nagorno-Karabakh war ended in Armenia’s defeat and the handover of most of the disputed territory Armenia had conquered during the first war in the 1990s. Yet the present escalation is unprecedented, directed as it was at territory which is not part of either Nagorno-Karabakh or the surrounding territories.

Armenia’s Prime Minister Nikol Pashinyan stated that up to 50 Armenian servicemen had died so far and the figure was likely to rise further. The country has officially approached the Collective Security Treaty Organization (CSTO), the Russia-led military grouping, for help. Parallel to this, a flurry of diplomatic activity began between the Western powers and the two South Caucasus republics. The US special representative for the Caucasus, as well as the European Union (EU) envoy for the region, made urgent visits to Baku and Yerevan.

The timing of Azerbaijan’s attack is closely related to the regional balance of power, which since the 2020 war is heavily lopsided in Baku’s favor. Buoyed by gas and oil revenues, which allowed the Azeris to acquire the newest military technologies, its military potential now far exceeds Armenia’s. Meanwhile, Armenia’s alliance with Russia has turned out to have little meaning.

More immediately though, Russia’s preoccupation with its brutal war in Ukraine created a geopolitical vacuum that Azerbaijan has tried to fill. Nominally, Russia has nearly 2,000 peacekeeping troops in Nagorno-Karabakh, and remains a major player in the South Caucasus. But the war in Ukraine (and rumors that Russia had withdrawn some of its peacekeepers), along with the recent victories scored by Ukrainian forces in its eastern Kharkiv region may have been too tempting a prospect for the Azeris.

The country’s leadership is also aware that its bargaining position is extremely strong, and getting stronger. The EU is desperately seeking alternative sources of natural gas to replace curtailed Russian supplies. Moreover, Azerbaijan is a key state on the emerging Middle Corridor which runs from Turkey through Georgia to Azerbaijan and Central Asia, the main alternative land route now that Russian transportation infrastructure is unusable due to sanctions.

Russia too needs Azerbaijan’s help. The country serves as a land bridge to Iran through which the International North-South Transport Corridor (INSTC) is planned to run and connect India and Iran to Russian ports. Amid the sanctions imposed on Russia and the expansion of the Middle Corridor, the Kremlin now pays special attention to Azerbaijan. In other words, both Russia and the West have good reasons not to act too harshly against this important state.

Russia has the means to act if it chooses. CSTO could respond, as it did at Putin’s behest in Kazakhstan in January. But so far the reaction has been muted.

It is possible that Azerbaijan is miscalculating, but it should be noted that it has excellent relations with other CSTO member states. Links to Kazakhstan and Belarus are expanding and though Russia is the decisive actor in this grouping, the resistance from Kazakhstan and Belarus might not be easy to overcome.

More cynically, Russia might also benefit from hostilities. The timing is crucial here, the fighting followed yet another peace meeting in Brussels between Armenian and Azeri leaders. From Putin’s perspective, the fighting clearly undermines Western peace efforts. Acting swiftly by brokering a ceasefire, the Kremlin has thus tried to snatch the initiative from the EU.

There is now a contradictory cluster of competing considerations at work in the South Caucasus. Azerbaijan’s nationalist leader, Ilham Aliyev, seems — perhaps opportunistically — determined to press the advantage it has held since 2020. Russia is supposed to be Armenia’s defender. The ultimate result of these differing factors will determine not only the outcome of these clashes, and perhaps another war, but also Russia’s future influence in its borderlands.