During his recent visit to Kyiv, U.S. Assistant Secretary of State Wess Mitchell reaffirmed U.S. support for Ukraine’s NATO membership ambitions. Such a statement, coming in the middle of Russia’s occupation and annexation of Ukraine’s territory, sends several important messages about Washington’s commitment to the wider Europe and the role of NATO in generating security […] 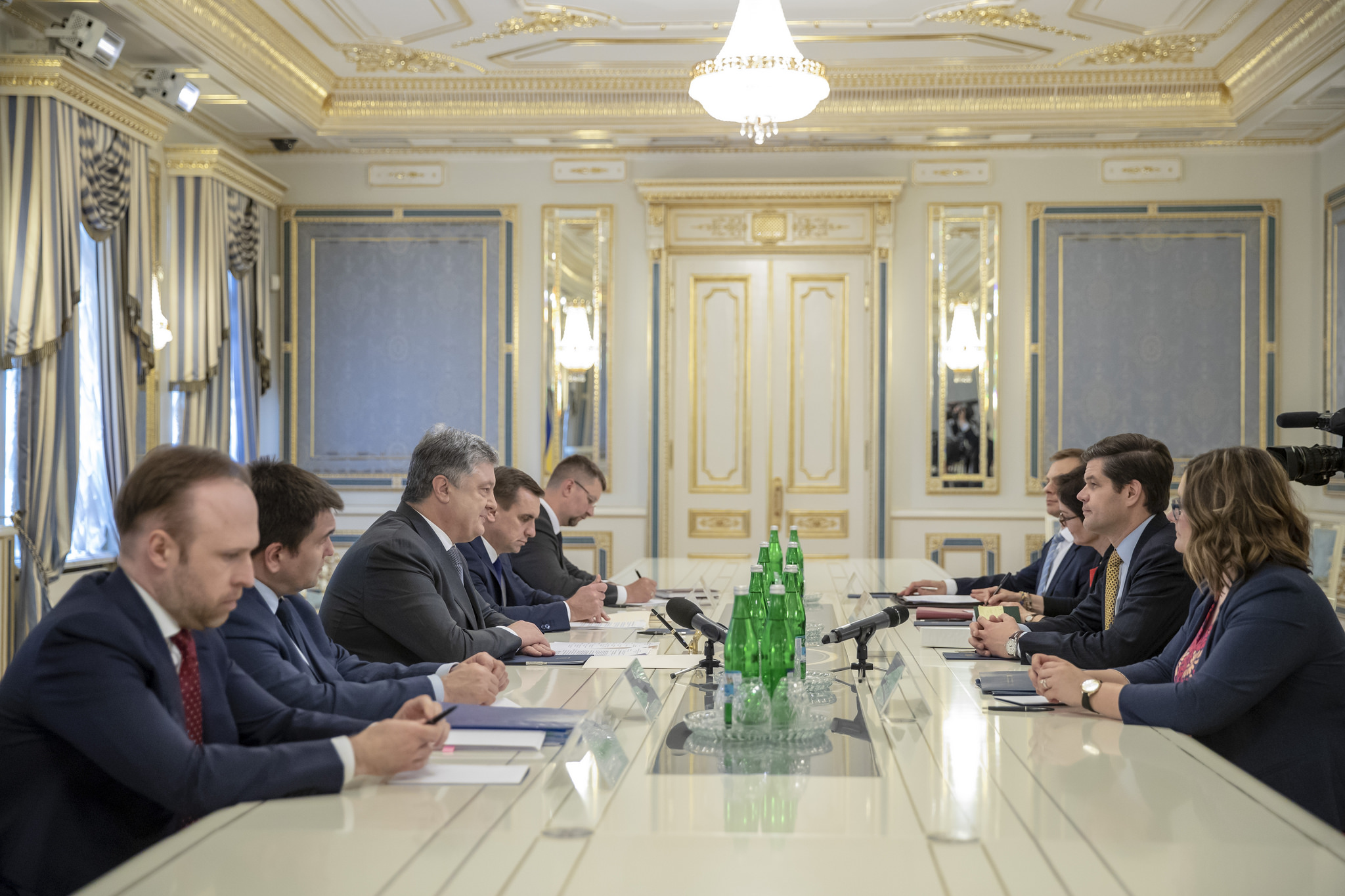 During his recent visit to Kyiv, U.S. Assistant Secretary of State Wess Mitchell reaffirmed U.S. support for Ukraine’s NATO membership ambitions. Such a statement, coming in the middle of Russia’s occupation and annexation of Ukraine’s territory, sends several important messages about Washington’s commitment to the wider Europe and the role of NATO in generating security beyond the Alliance’s borders.

The primary signal from Washington is that NATO will continue to include qualified European states and no outside power can veto this process. Such pledges by NATO leaders were regularly issued since the end of the Cold War. Nonetheless, Russia’s revisionism and territorial ambitions, evident in its land grabs in Georgia and Ukraine, appeared to freeze the Alliance in its goal of extending security to Europe’s east. Mitchell’s statement is reviving NATO’s momentum as a pan-European as well as a transatlantic institution.

After the Euromaidan revolution and Russia’s invasion, public support for NATO accession has soared in Ukraine, with over 70 percent of the population favoring membership. In December 2014, Ukraine’s parliament renounced the country’s non-aligned status and the new security doctrine issued in April 2015 set NATO accession as Kyiv’s goal. A law adopted in May 2017 enacted Ukraine’s strategic commitment to achieve NATO membership. And in February of this year, President Petro Poroshenko approved the draft law “On the National Security of Ukraine,” which affirms the goal of Ukraine’s membership in both NATO and the EU.

Poroshenko also asked for opening negotiations on a Membership Action Plan (MAP) for Ukraine. To qualify for NATO, Kyiv has an extensive agenda of standards to meet, but it now possesses the political willpower and public support to move forward. Mitchell indicated that the allies are formulating a communiqué on Ukraine’s path toward NATO for the July Summit.

A second message sent by Washington is that Ukraine’s military contributions to NATO and Western security will be reciprocated. Kyiv has contributed substantially to NATO-led operations, including troops to NATO’s KFOR peacekeeping mission in Kosova and to the NATO-led ISAF operation in Afghanistan. In 2013, Ukraine was the first partner country to dispatch a ship to support NATO’s counter-piracy operation, Ocean Shield. Kyiv regularly contributes vessels in support of Operation Active Endeavour, NATO’s maritime counter-terrorism operation in the Mediterranean. Ukraine also takes part in numerous multi-national NATO exercises on its territory or in neighboring states. In 2018 alone, Ukraine is hosting five large-scale drills that will help ensure that Ukrainian troops can operate alongside troops from NATO nations.

In addition to firmer verbal commitments to Ukraine’s NATO future, after years of delay the U.S. has finally delivered Javelin portable anti-tank missiles to Kyiv that can better protect against Russian attacks in the Donbas and potentially elsewhere. The supply of Javelins coincides with an important change in Kyiv’s definition of the war in Donbas. The anti-terrorist operation (ATO) against Russia’s proxies in Donetsk and Luhansk officially concluded on 30 April 2018, when the Joint Forces Operation (JFO) on the de-occupation of Donbas commenced. The re-definition of the conflict is in accord with the law on reintegration of the Donbas passed by parliament in January 2018. The new operational name underscores that Moscow is the primary aggressor as it controls and arms the separatist forces on occupied Ukrainian territory.

A third strong signal delivered by Washington is that Ukrainian security is not only vital for Ukraine but also for NATO’s broader eastern flank. The largest country in Europe’s east is a strategic pillar between the Baltic and Black Seas. Denying Moscow’s control over Ukraine’s government provides neighboring NATO states with a deeper cushion of security. Moscow’s attack on Ukraine raised anxieties among several nearby states that the country could be weakened and even splintered.

Russia’s invasion also reaffirmed that the most effective way to deter an aggressor is the possession of military capabilities and reliable allies. Washington is providing Patriot long-range missile defense systems to Poland in response to constant threats and provocative military exercises by Moscow. It is also looking into ways to strengthen NATO’s Enhanced Forward Presence (eFP), where multi-national forces are deployed in Estonia, Latvia, Lithuania, and Poland to deter and defend NATO’s eastern flank.

NATO is not a threat to any country that does not have imperial ambitions, but it resists states that seek to dominate Europe. From this perspective, Assistant Secretary Mitchell confirmed that the U.S. would continue to increase sanctions on Russia until it ended its aggression towards Ukraine. Paradoxically, Russia’s annexation of Crimea and its military intervention in Donbas will have the reverse effect of the one intended. Instead of disqualifying Ukraine as a candidate for NATO, it highlighted the dangers of remaining outside the transatlantic umbrella.

The fourth and most important message from Mitchell’s trip was underscoring the Trump administration commitment to its allies and partners, and its development of a more assertive policy toward Russia than the previous administration. America’s national security team evidently harbors no illusions about Putin’s regime and understands that the most effective way to deal with a belligerent Kremlin is through diplomatic firmness, alliance solidarity, and military strength.