Mr. Scholz Goes to Washington: A Lesson in Expectation Management

Germany’s redlines on Ukraine have been predictable though frustrating. The United States should adjust accordingly 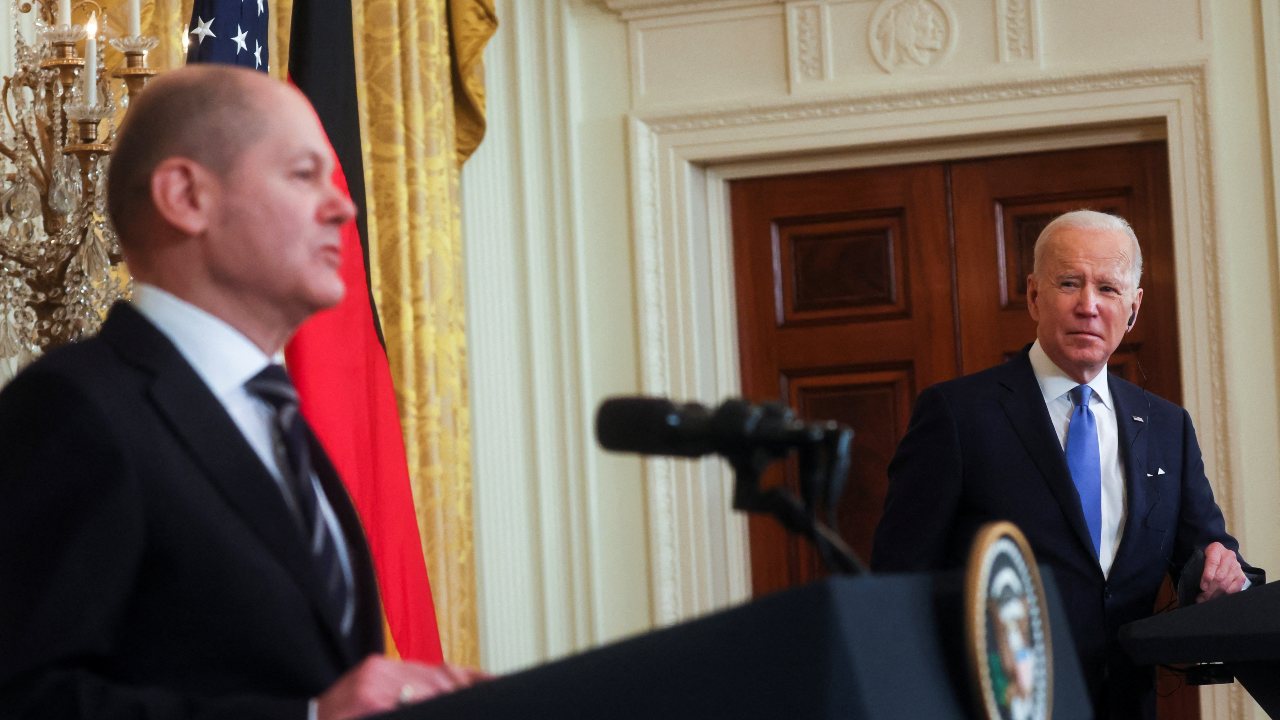 The German Chancellor Olaf Scholz’s first two months in office are a lesson in managing expectations. His February 7 visit to Washington, DC, where he repeatedly underscored that Germany stood “united” with the United States in seeking to prevent another Russian invasion of Ukraine, will do little to change that. While Chancellor Scholz may have come into office promising both leadership and to “dare more progress,” the reality of Germany’s course in the Ukraine crisis indicates that long-running issues in German foreign policy have remained.

Rather than branding Germany as unreliable, the US should ask what this predictable response means for its approach to transatlantic relations and adjust accordingly.

Until recently, Chancellor Scholz’s handling of the Ukraine crisis has been characterized by silence and by the viral hashtag #WoistScholz (Where is Scholz?). With its Chancellor seemingly absent, Germany’s approach to the Ukraine crisis was defined by what it would not do — provide lethal weaponry to Ukraine — and by a cacophony of messages around whether the controversial gas pipeline Nord Stream 2 would be canceled in the event of a second Russian invasion.

Accusations of German unreliability as an ally spread along with torrents of memes. Scholz’s Social Democrats have been accused of having a “Russia problem” due to the positions taken by some of its key figures, in particular former Chancellor turned Russian gas lobbyist Gerhard Schröder. Yet as Ulrike Franke of the European Council on Foreign Relations has pointed out, accusations of German betrayal are overblown: the country is standing with its allies but in keeping with both its restrictive laws surrounding arms exports and its deeply anti-militarist culture.

Aspects of the debate over Germany’s Russia policy date to before Scholz; some are decades old. German history, both of Nazi crimes against humanity in World War II and of détente with the Soviet Union during the Cold War through the SPD’s Ostpolitik, undergird Germany’s approach today. Though Chancellor Angela Merkel was a key figure in leading the European response to past Russian aggression, she also failed to address Germany’s energy dependence on Russia during her time in office.

Asking whether Germany is a reliable ally or even an ally at all are the wrong questions. A better one is whether Germany’s current contributions as an ally are sufficient to meet challenges to come for European security as the US deepens its focus on long-term competition with China. Or what might happen should President Donald Trump, or someone of like-minded America First-ism, again occupy the White House.

In the wake of the world’s most high-stakes “Where’s Waldo” campaign, Scholz has re-emerged on the world stage with a string of interviews and meetings, including planned trips to Kyiv and Moscow after his US visit. A close read of the messaging from the Chancellery reveals a belief that Scholz is fulfilling exactly his role in coordination with other heads of state.

In an interview with the Washington Post, Scholz said that Germany’s being “a partner in NATO and the EU and doing our job” is the best way out of the crisis. In her interview with Fox News, German Ambassador Emily Haber underscored Germany’s close cooperation with the United States and described its support as part of a “mutually reinforcing system of communicating vessels.” Despite criticism for not mentioning Nord Stream 2 directly, Scholz stated multiple times that Germany would act in unison with the United States in response to new Russian aggression (and did not contradict President Biden when he said another invasion would kill the pipeline.)

And there is some evidence that this assessment is shared by the White House. In response to a question regarding whether Germany had won back the United States’ trust, Biden responded, “There’s no need to win back trust […] There is no doubt about Germany’s partnership with the United States. None.”

While Germany may be fulfilling what it sees as a unique allied role in the Western alliance, this does not free it from the criticism that it must do more in the future. A multi-generational discussion of Germany’s foreign policy is ongoing, with the likes of Thomas Bagger, a senior foreign policy advisor to German President Frank-Walter Steinmeier, and Ulrike Franke outlining the challenges facing Germany and the false assumptions the country has made. In the midst of the crisis, an open letter signed by 73 German security policy and Eastern Europe experts called for Germany’s Russia policy to be “fundamentally corrected.” Germany’s existing policy, they wrote, had strengthened “an increasingly expansive nuclear superpower” while weakening Eastern European states.

But there remains a stark divide between these elements of the German foreign policy community and the general public. Polling released at the beginning of February showed that only 49% of Germans believed that Russia was at fault for increased tensions, while 53% expressed a desire for the West to do everything possible to make Russia feel a part of Europe. 53% said they were very afraid of a war breaking out, yet only 20% expressed a fear of Russia in particular. Similar perspectives can be found at the highest levels of German politics, and not only in the SPD. In an interview, Bavarian Minister President Markus Söder of the center-right Christian Social Union – the Christian Democrats’ Bavarian sister party – called Russia “a difficult partner, but not Europe’s enemy” and pushed back against “new threats” and “ever harder sanctions.”

Germany’s response to the Ukraine crisis is one marked by a complicated relationship to Eastern Europe and Russia and a unique strategic culture determined by its history. But rather than categorizing this as a betrayal, it is important to ask how transatlantic relations and even US grand strategy should change to meet today’s reality, one in which the main contributions of an important NATO ally may for now be money, hospitals, and those much-discussed helmets, not artillery.

A fierce debate continues within Germany on changing its foreign policy to meet future challenges. But, in a country that has for years tended toward the safe and boring in its leadership, results may take a long time. With the clock already ticking on the 2024 US presidential election, time is of the essence.

Sam Denney is a German Chancellor Fellow at the Alexander von Humboldt Foundation in Berlin.